What to make of decreasing mobile CPMs in Asia 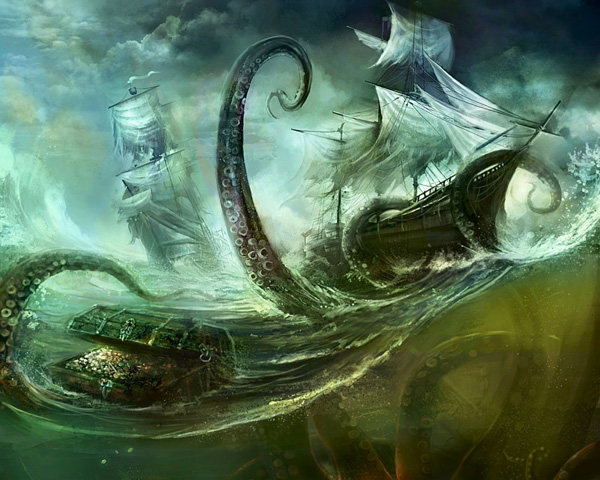 PubMatic, a developer of marketing automation software, recently published its Quarterly Mobile Index report for Q3 2015, revealing two interesting facts around mobile advertising pricing (one caveat: the report is based on data collected within the PubMatic platform, which may not necessarily reflect the nature of the broader mobile economy).

The first revelation is that, while monetized mobile impressions are increasing on both Android and iOS, they’re increasing at a far higher rate on iOS and with a concomitant increase in growth of mobile CPMs: 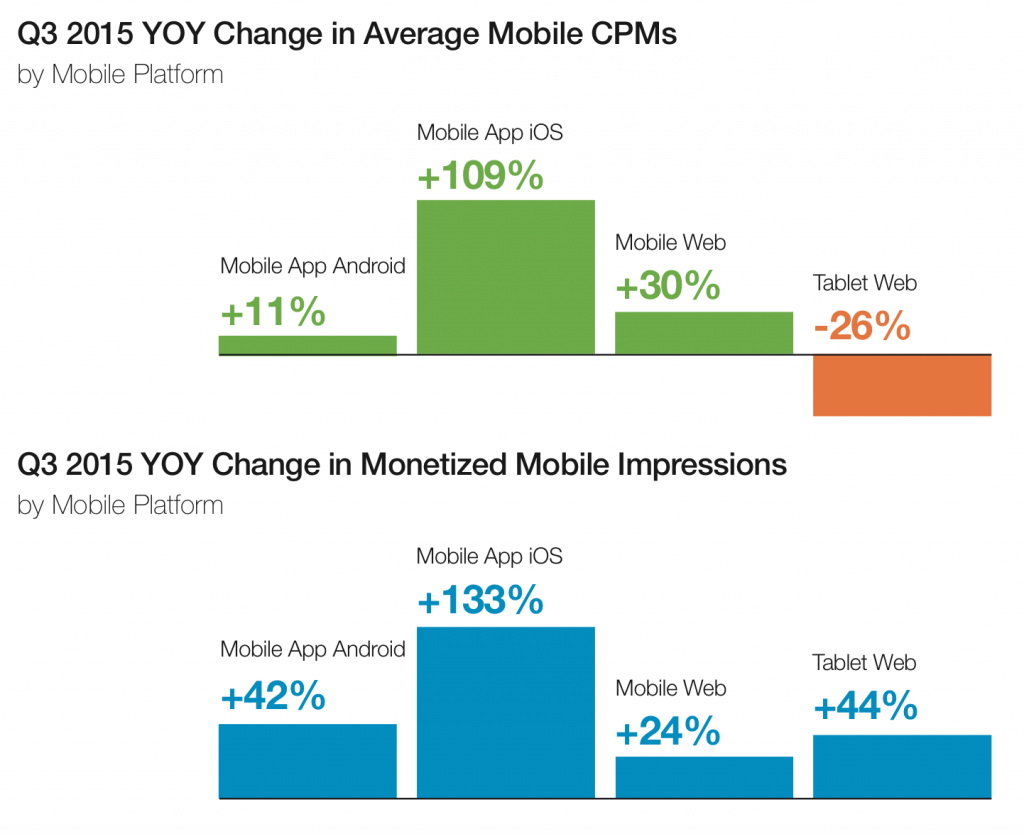 The second revelation is that CPMs in two high-growth geographies decreased year-over-year, which makes intuitive sense when considered against the massive growth rates they experienced in monetized mobile impressions (the yellow line in the first chart represents year-over-year growth): 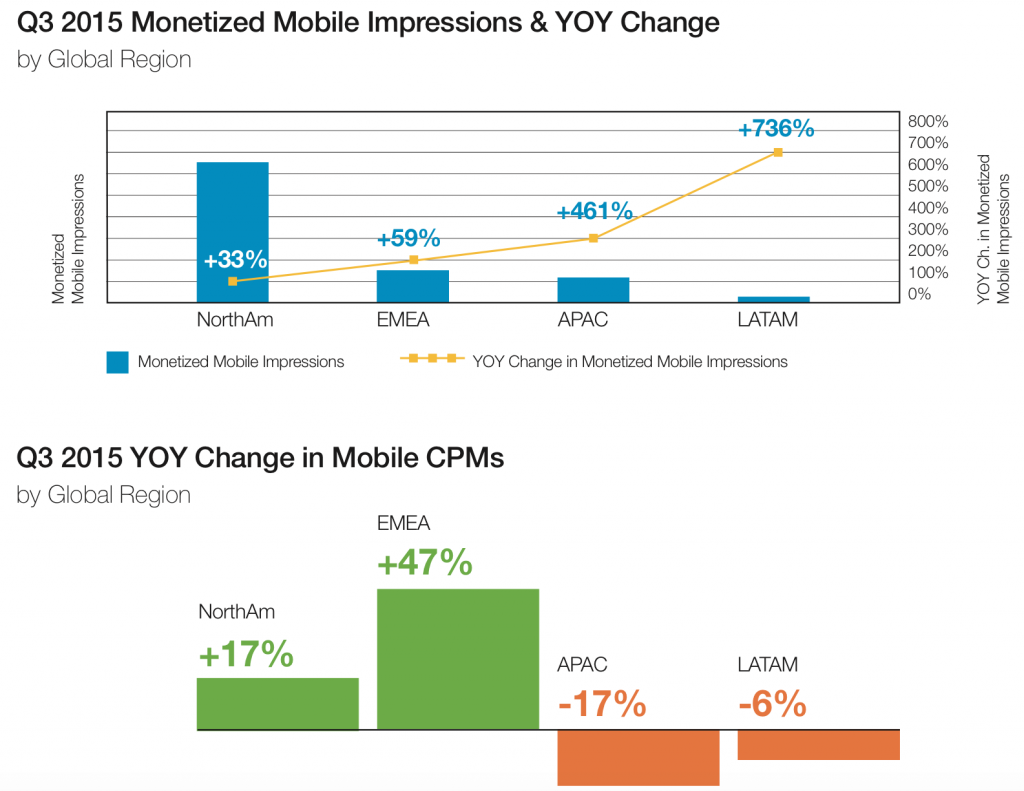 While these charts depict data sets across different dimensions, it’s interesting to consider how they might intercept, especially in China: Apple topped the smartphone manufacturer sales rankings in China in Q1 2015, increasing its year-over-year sales in the country by 71%. Apple’s revenues from China in Q2 were also strong, although down 21% from Q1. Analyst Neil Cybart from the Above Avalon podcast recently posted some charts from a Morgan Stanley poll of Chinese consumers about smartphone buying intentions (ie. which smartphone they intend to buy next): 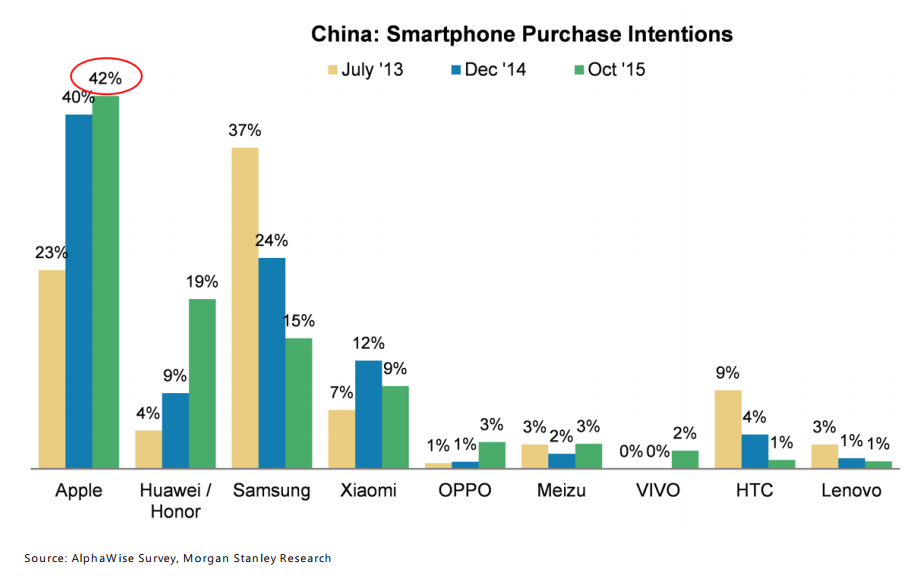 Apple has clearly secured a strong foothold in China, and its impressive sales there in 2015 would obviously increase monetizable impressions in the country (and at the same time, decrease CPMs). As the world’s largest smartphone market, shifts in Chinese buying patterns have a large impact on measures in Asia Pacific.

Facebook’s Q2 10-k tells a similar story from a different angle. While Facebook’s revenues (and ARPU) in North America are far higher than in Asia Pacific, its DAU base is much smaller: 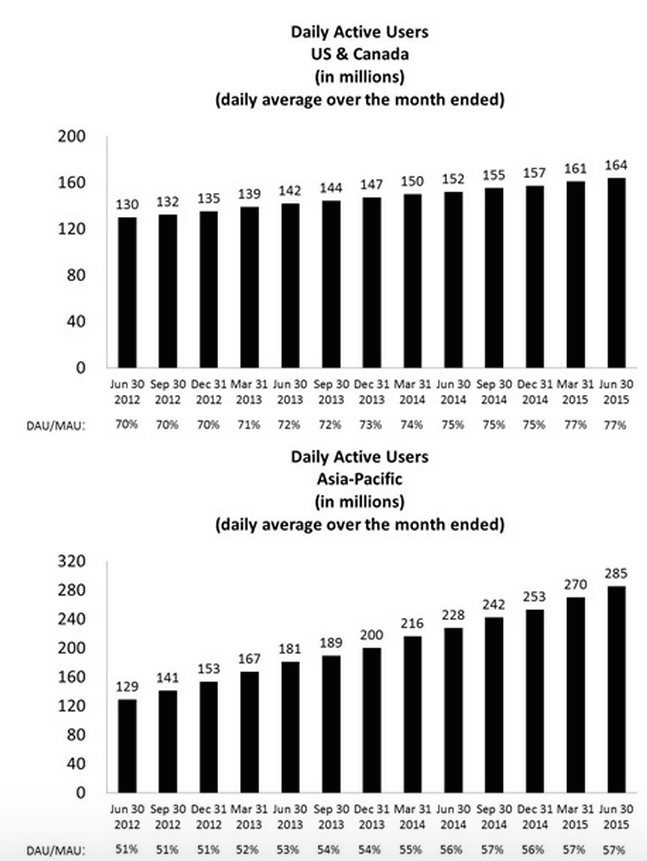 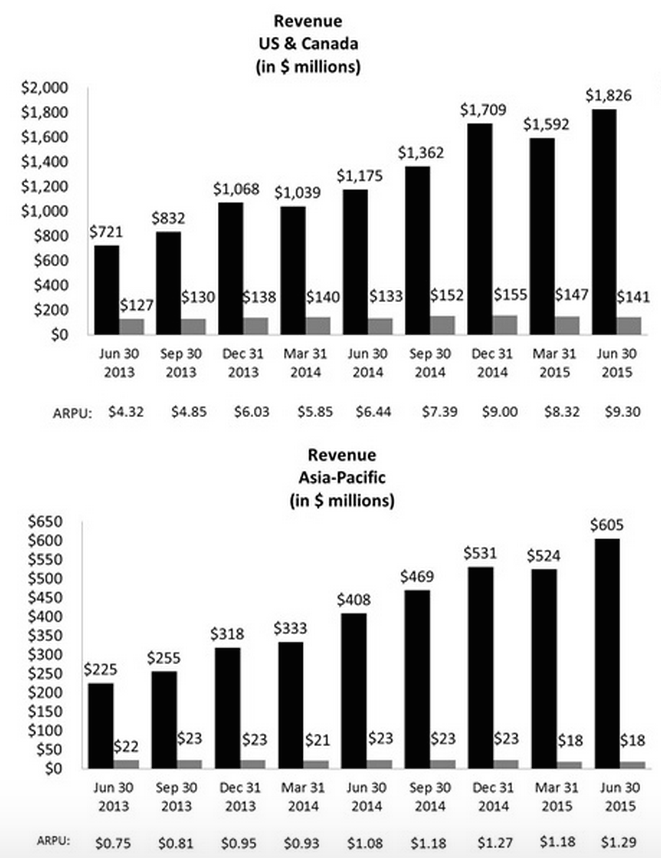 Of course, the comparison here is flawed since Facebook is banned in China, whereas the PubMatic data includes China. But the overall point is that the growth geographies aren’t actually growing faster, in terms of demand-driven CPMs, than the mature markets. Presumably, advertisers on mobile are following the monetization, and it’s still not in Asia. In fact, 90% of mobile impressions in APAC are generated on the mobile web, and growth in ad impressions on mobile trails behind the growth of app installs (graphs courtesy of inMobi’s Q2 Asia Pacific monetization report): 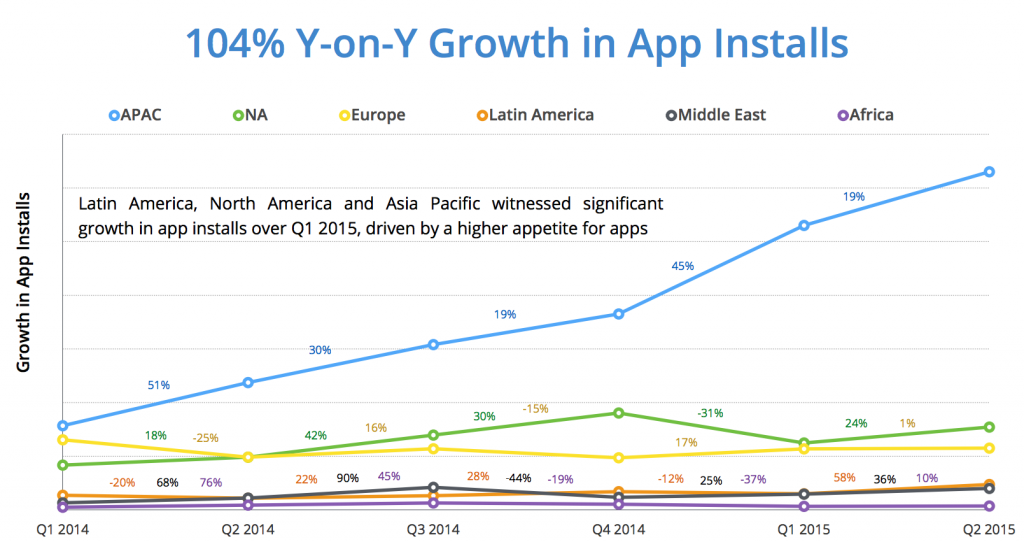 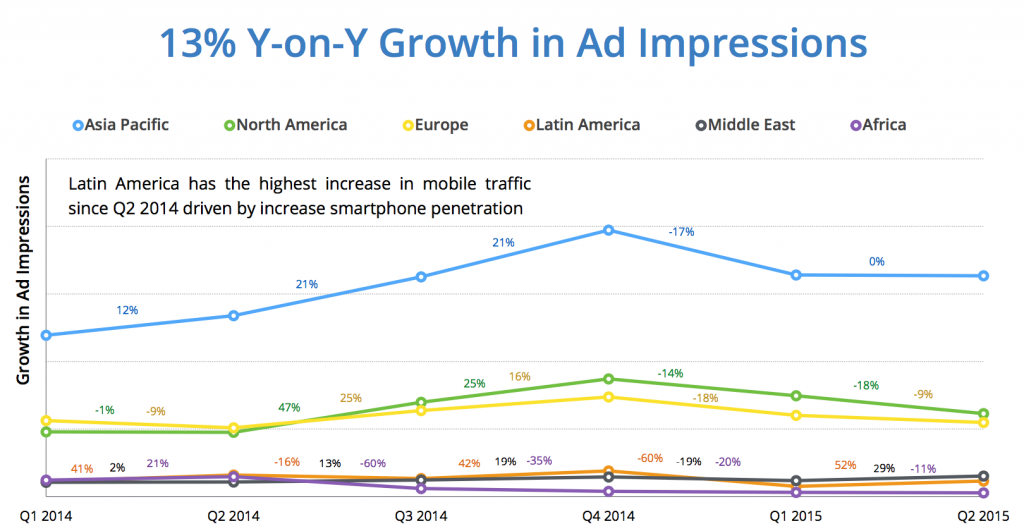 Of course, “Asia” is a big place; it’s hard to draw conclusions from data that isn’t broken down by country, since marketing campaigns aren’t targeted by region. But for advertisers, decreasing CPMs might be an ominous signal: smartphone penetration is nearly 40% across APAC (and is projected to reach more than 50% in 2019), so downward price pressure on CPMs due to increased ad impressions doesn’t tell the entire story (and besides, as per the above graph, ad impression growth was 0 from Q1 to Q2 in 2015).

Another possible explanation for the decrease could simply be lower demand for ad impressions from advertisers due to ROI challenges. If that’s the case, then broader economic factors might have to change before developers begin investing heavily in building user bases there.