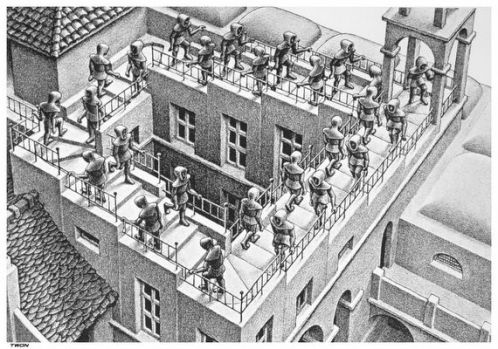 Mobile performance marketing campaigns are often evaluated on the basis of Cost per Install (CPI), or the cost per app download (and sometimes some further action, such as opening the app or reaching some stage in the on-boarding process).

Pricing campaigns on a CPI basis – versus a Cost per Mille (CPM) or Cost per Click basis — helps advertisers manage risk: by only paying for app installations (and not impressions), an advertiser can arbitrage per-user adoption costs against predicted lifetime customer value. This is the foundation of the LTV > CPI equation.

Of course, advertising networks can’t actually moderate install volumes on a CPI basis: they have no control over the ad creatives used by advertisers, and publishers are generally paid on a CPM basis (meaning they receive some set amount of money per 1,000 ad impressions served).

One of the determinants to CPI is Click-through Rate (CTR), or the percentage of people that click on an ad upon seeing it. A higher CTR produces a higher number of people being taken to the app store listing for an app. If an app’s ad is shown 1,000 times and it receives 100 clicks, its CTR is 10%.

The other determinant to CPI is install rate, or the percentage of people that install an app after having clicked on an ad for it. If an app’s ad is clicked 100 times and produces 10 installs, its install rate is 10%.

CTR is affected by ad creative, but the same can’t be said for install rate. Once a potential user has landed at an app’s store listing, their decision to install the app or not is almost entirely influenced by what they see there (the app’s screenshots, its rating, its reviews, etc.).

For this reason, CTR and install rate might move in opposite directions: as an app’s ad creative becomes more generic, its CTR might increase while its install rate decreases. This is intuitive: broadly appealing advertising will attract more interest than precisely targeted advertising, but if the app itself isn’t broadly appealing, that interest won’t necessarily convert into installs.

This is the CTR conundrum: how aggressively should an advertiser chase clicks, and how can the interplay between click-through rate and install rate be optimized?

The optimal CTR / install rate combination is obviously that which minimizes CPI at a scale approaching the app’s total addressable market. For broadly appealing apps, there’s no reason that an increase to CTR need be accompanied by a decrease to install rate. But for niche apps with small or very specific total addressable markets, rendering ad creative more accessible may significantly impact install rates and thus drive CPI up without delivering additional installs (as in scenario 3).

The allure of increasing CTR is undeniable, but CTR optimization independent of install rate and overall CPI is meaningless. An increase to CTR could potentially result in 0 additional installs if ad creative is uninformative (or, worse yet, misleading). Thus campaign optimization can’t be undertaken with a singular focus on CTR; it necessitates a holistic strategy with an end goal of minimizing CPI at scale and maximizing overall profit, which itself might preclude CTR increases.