Five characteristics of a viral product 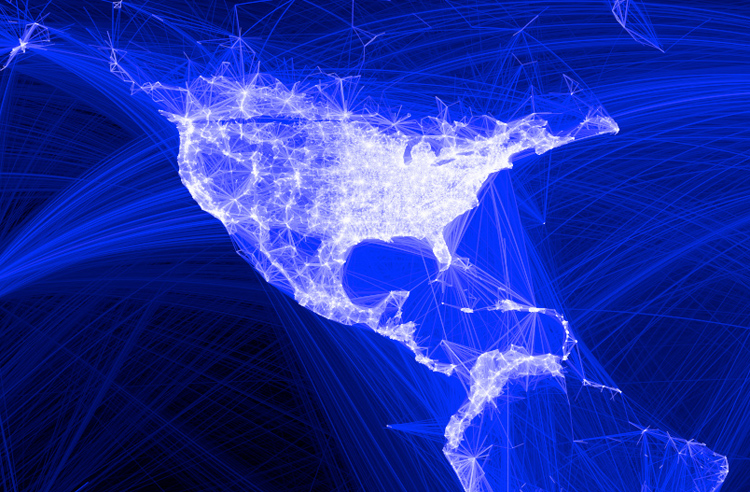 Virality is a simple concept to grasp but is seldom implemented effectively. For one, very few products are conceived of as viral; this is often because marketing and product development are seen as being separated by a firewall and thus the marketing implications of a product’s chosen core use case are not considered. A marketing perspective (ie. building a product to meet the needs of a specific and deliberately selected demographic segment) is a critical pre-requisite for virality.

Projections of virality in the product conception and design phase are, more often than not, heavily influenced by a valence effect: product managers believe virality to be the exclusive output of product quality and viral mechanics, and thus any product of sufficient quality – seasoned just before release with a handful of social network integrations – will benefit from virality.

Implemented as such, virality almost never materializes. Products are either inherently viral or they are not; “incremental virality” is an oxymoron, and where incremental user growth is catalyzed by viral mechanics, the costs of that growth are generally significant. The app store (and, more broadly, the consumer software ecosystem) is littered with both high-quality products that failed to gain traction and products that aggressively forced users through contrived viral mechanics and subsequently “flared out”: quickly built large user bases that disintegrated almost as quickly.

Truly viral products – products that experience organic growth resulting from user recommendations at a rate of more than one new user per existing user (often quantified with a k-factor of more than or equal to 1) – are usually conceived from the earliest stages of development to be viral. Those products tend to share the following five characteristics.

The product’s core use case is enhanced through interaction

If the utility of the product isn’t strengthened by interaction, users will not be motivated to share the product short of sheer fanaticism over it. Viral mechanics that don’t fundamentally augment the product experience usually take the form of gimmicks (“bragging”) or inauthentic social features (notifying non-users of in-product actions they couldn’t possibly be familiar enough with to be intrigued by).

This doesn’t mean that a product can possess no value through isolated use – it means that a user must recognize that a product becomes more valuable through interaction with other people. When a viral mechanic simply exists as a passive channel through which the user can advertise their participation, users may 1) feel exploited by the product and 2) not inspired sufficiently to invite others into the product.

User networks – network here meaning a group of people associated around a common interest, goal, or trait – are usually fairly static. People don’t generally radically adopt new professions, or hobbies, or groups of friends more than a handful of times in their lifetimes. This means that a person either has a given network or not; a person is unlikely to gain an entirely new professional network, or social personal network, or network of friends interested in a specific hobby in the span of time over which a product can be expected to achieve traction.

Thus presumed networks with fringe or fleeting conditions – such as a networks related to a specific period in a person’s life, or networks related to offbeat hobbies – are not likely to be robust enough at the individual level to instigate virality. In other words, the average pregnant women is not likely to know enough other pregnant women – during the time in which she is pregnant – to be able to recruit at least one other person into a product dedicated to pregnant women. This isn’t to say that a product dedicated to pregnant women couldn’t be useful or grow a large user base; certainly such a product could be of great value and could achieve a substantial user base through marketing.

But virality requires a network of sufficient size and relevance for recruitment to take place. Small networks don’t provide for this, and thus niche products may experience obstacles to viral growth by virtue of the limited nature of their applicability and the ability of any given user to know other people to whom the product holds appeal.

This is the subtle complexity of virality and the reason a marketing perspective is such an important component of the product conception process. A demographic segment may be large, but unless the average person within that segment can credibly be believed to have an extensive personal network of people matching the characteristics of that segment, the product’s viral growth will be constrained.

The facilitation of user-to-user interaction is not necessarily sufficient to inspire virality; some products masterfully implement interaction between users but don’t grow virally because users are not incentivized to introduce others into the product.

Good examples of this phenomenon are games that allow for random multiplayer matches: the product experience is not augmented by the relationship between the players being inter-personal, and thus users aren’t compelled to invite their existing network into the product. In other words, the network users are able to interact with without recruiting anyone — the people already playing the game — provides as much value to the user as would the user’s own “real world” network.

This reality points to a dependence of viral products on networks that exist in the “real world” and not solely in the product. For a product to grow, it must propagate across its users’ existing interpersonal networks.

Skype is an excellent example of this: Skype allows for users to connect to random people across the planet, and no doubt very interesting conversations (as well as a tremendous amount of nuisance) have developed from that feature. But Skype shines as a tool to connect people that already know each other; had the product not allowed for that, or not focused on that, it would not have grown virally.

Virality is generally thought to take root quickly within a user’s tenure in a product, but this is rarely the case.

A viral invitation represents a personal seal of approval and is thus associated by a user with reputation. Users are hesitant to make recommendations on products they’re not wholly familiar with and fond of; to make such a recommendation without being convinced of the product’s utility would be a reputational risk.

In other words, products with strong retention churn relatively fewer users by the point that recommendations can be expected to made, resulting in a larger proportional number of users able to make those recommendations.

The product’s use case is accessible and instantly recognizable

The effects on virality of appeal and ease of use case recognition are self-reinforcing since they impact the topmost portion of the user adoption funnel: the more digestible the product’s use case, the more users that adopt it, resulting in more viral invitations sent and more users adopting the product.

Overly niche products suffer disproportionately from this aspect of virality, but even broadly applicable products must position themselves to take full advantage of it. Poorly-written product copy, unappealing product icons and splash screens, and an unoptimized new user onboarding process can muffle the effects virality even for very high quality products.