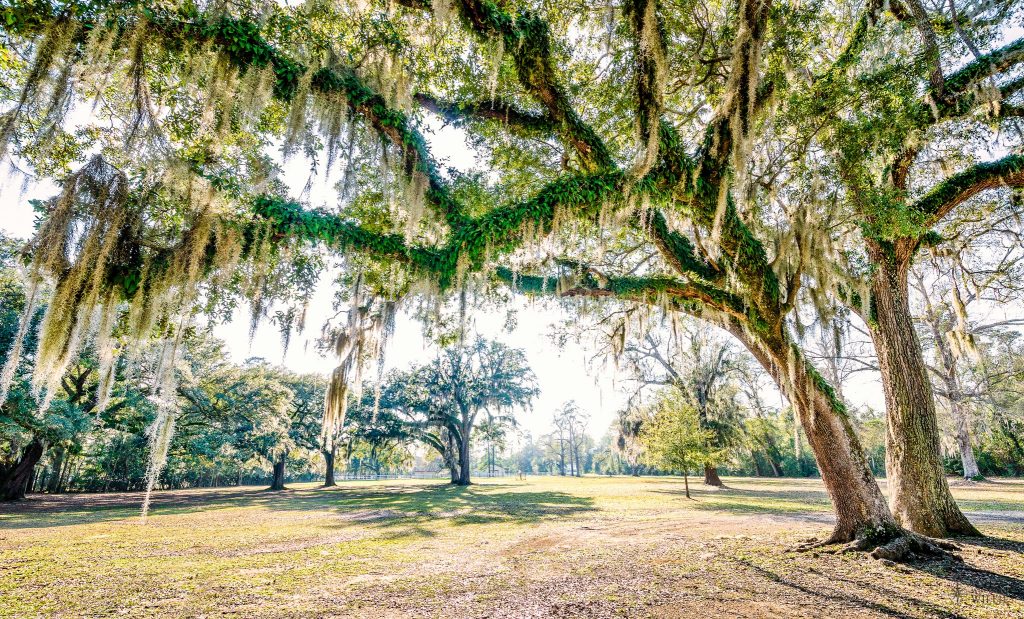 (This guest post is by Fabien-Pierre Nicolas, Head of Growth at SmartNews, the machine-learning driven news discovery app.)

When you join a new company as a growth leader, you will always encounter both pleasant surprises and a legacy of problems to fix. These can range from the tech stack used to the executive or product team’s overall understanding of growth, as well as product itself, such as the front-end or backend fixes required (with or without the dedicated team members to support it).

When I came on board SmartNews, a machine-learning driven news aggregation app, in the US in late April, the quality of the team both here in San Francisco and in Tokyo and the overall understanding of paid growth was solid. But it was also clear that our app store page – especially in the US – has not been worked on for almost 18 months which presented a great opportunity to make an impact quickly with my team (full props to Vincent Chang and Robert DeBusschere for all of their hard work).

Rather than writing yet another “ASO” post to share my two cents on how to optimize your title, keywords or app description without knowing your app specific category, I wanted to share my perspective on how we (almost) doubled our conversion rate in 4 weeks on Google Play—starting from scratch. Of course we have a long way to go, but “Rome wasn’t built in a day.” 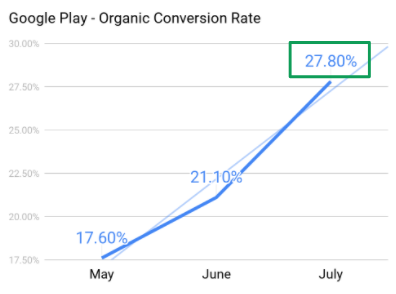 Learning #1: Always assume you don’t know your audience as well as you think you do.

As a marketer, it’s tempting to think you have a great grasp on who your target audience is and how you can beat your competition after a lot of number crunching.

Coming in as a new hire, I took the time to crawl through our data set and look at Facebook Audience Insights (100% free!) to examine our competition (age/gender/interest breakdown), and I decided that we should focus on 35 to 55 year olds with a bachelor or master degree as our primary audience.

This led to a first round of design which brought us to a good new creative direction, but omitted a key detail in our winning screenshot set: the size of the top and secondary font ended up being too small, especially for the 45+ audience (perhaps due to eyesight). This point was brought up by a senior work colleague who wears reading glasses—and I’m glad we listened to him! 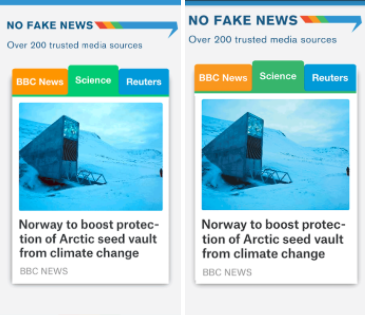 Screenshots results: Can you spot the difference?

Key takeaway: While you might think you have every parameter covered with a great multi-variate plan in Google Experiments, you might still want to ask a few users who are not as tech-savvy or of a different age group or gender or cultural background to test if your assets have any flaws in their opinion on the qualitative side.

Learning #2: Focus on the assets with the largest impact first.

Our tests included everything from the short description to the icon, feature graphic, and screenshots in the span of 4 weeks. And yet, we could have been more efficient by skipping some of the assets with a smaller impact.

Currently, and based on our 20+ tests done to date, I recommend to focus on assets in the following order to make the biggest impact on your CVR in Google Play: 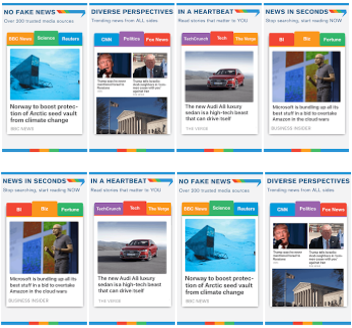 The great part about Google Experiments is the capability to do localized tests. Don’t discount how important this is if you are actively spending or intend to spend in a target market to have a conversion rate (CVR) at least average compared to your category.

For SmartNews, we limited the changes to the text copy in our feature graphic concepts knowing that the major APAC markets tend to be more comfortable with assets including less empty space and more details (see below). 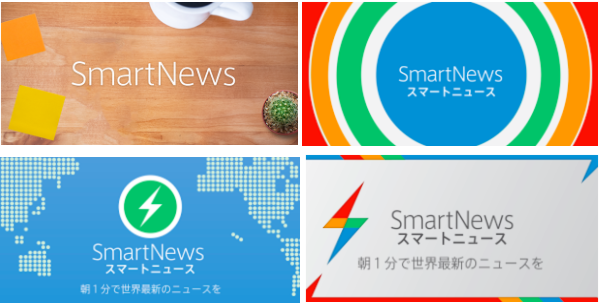 Learning #4: Don’t give up: most your tests will be inconclusive.

After our first round to find the best screenshot layout, my team and I were convinced that the next step for our news app was to make our images as relevant to the news as possible. This resulted in a test to replace a political news image with one about the Norwegian Arctic Vault.

But despite all of this work and 6 days of testing, the result was inconclusive with only a 0.1% CVR lift, so we decided to apply only part of our image update and re-focus on the font size testing. If the change isn’t significant, don’t waste further time iterating on the same experiment—at least during your first 30 days when you’re looking for the biggest gains.

Learning #5: Set a high bar for your app and team goals.

Whether it’s the conversion rate you want to achieve or your rank in some of the most relevant keywords with a solid amount of searches, set up ambitious Key Results to achieve for your team.

If you told the team here at SmartNews two month ago that we would rank #2 for a highly relevant keyword such as “Breaking News” while preserving our #1 rank in “Trending News”, most people would have had a good laugh, since we would have to surpass several apps named “Breaking News” and some major news brands including BBC, Fox News, CNN and the New York Times. But we did it and the rest of this story will be continued in a future post.

To give all the due credit on those achievements to a great team at SmartNews who worked hard to (almost) double our app store conversion rate: Vincent for the overall testing plan and Robert for designing our new assets.