Yo and the gimmick app economy 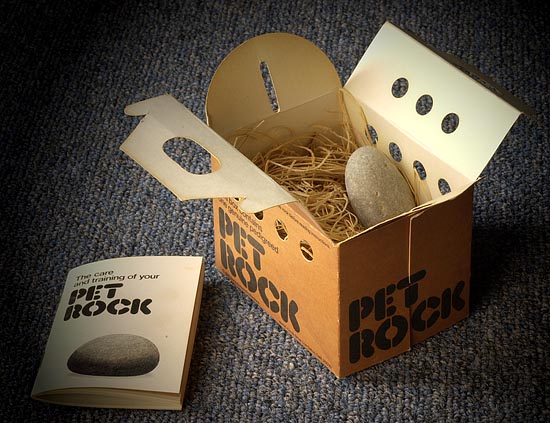 In late May, a messaging app named “Yo” was submitted to Product Hunt, the product discovery website that has recently gained media attention for having sourced a number of venture capital investments into fledgling businesses. The attention Yo garnered from its exposure on Product Hunt eventually led to a wave of mainstream media coverage, much of which focused on the fact that the founder of the Yo app, Or Abel, has raised more than $1MM in funding to continue its development.

Yo is a simple messaging app; when a user taps the name of someone in their contact list, that person receives a one-word message: “yo”.

Some have argued that Yo does not relay a one-word message but rather captures the whole of the sender’s intent – that the semantic makeup of a Yo is irrelevant, whereas the context of the message, or the fact that the message was sent at all, represents the significance of the expression. This is obviously true: very few people would use the word “Yo” to convey a message since it is almost completely absent of meaning. Rather than transmit messages, the Yo app transmits signals, as the developer told FastCompany:

“Yo is real, but if you think it’s just an app that says Yo, you’re seeing it the wrong way…For example, if you send a Yo to WORLDCUP, you will get a Yo From WORLDCUP every time there is a goal. No more lengthy push notifications, just Yo….It really helps cut through the noise.”

As a signalling mechanism, not a messaging app, the fact that Yo functions as described is indisputable, notwithstanding the fact that the service has already been hacked. What is in dispute across the broader app ecosystem is the significance of Yo, which is, in essence, nothing more than a gimmick. Whether Yo can evolve into a more consequential product (or a platform for communication, given its open API) — and whether the simple app, which the developer completed in 8 hours, has enough fundamental substance to put the $1MM investment it has raised to productive use without transforming into a lookalike messaging product – remains to be seen.

Those questions are complex and will be answered in time. But what is becoming painfully obvious is that a “gimmick economy” is emerging within the mobile ecosystem, dominated by simple, one-dimensional apps that can achieve impressive user base growth quickly through viral distribution. Some of these apps are able to attract significant levels of funding under the auspices of instigating unpredictable cultural paradigm shifts; others simply inspire a spate of clones, each garnering slightly fewer users than the last until the gimmick becomes saturated and consumers move on.

The definition of a gimmick app might be any free app predicated on a single mechanic, the content of which is pre-determined by the developer, the user interaction for which is limited to taps of the touchscreen, and the purpose of which is either competitive or communicative in nature. Under this definition, a number of recent popular games can be classified as gimmick apps (Flappy Bird, The Line, White Tiles, 2048, etc.).

The biggest problem facing Yo – and other gimmick apps – is the difficulty of building a “network effects moat” with a product that can be quickly and easily cloned. Many network-based products realize value not through technical superiority over their competitors but through the sheer completeness of the networks of people (groups of friends, co-workers, etc.) that use them. These networks of people are often established as a result of first-mover’s advantage, and competitors must erode those networks not only on the basis of having a better product but also by being able to recruit entire networks of people from the incumbent. This is difficult when users attribute value to a social product, at least partly, through the presence of their friends on it (eg. a person won’t switch networks unless their friends already have).

Because gimmick apps are so easily replicated – at the peak of its popularity, more than 60 Flappy Bird clones were being submitted to the App Store every day — first mover advantage effectively doesn’t exist for them, and they thus have no lead time ahead of competitors for establishing defensible networks. This means that user bases for a given gimmick may be fragmented across any number of apps, none of which can establish the critical mass necessary to stave off competition or monetize to the degree necessary to evolve into a real business.

This reality may be problematic for the investors putting money into gimmick apps. Valuations for private consumer technology companies have risen precipitously over the last 18 months, driven in part by the downward pressure the US Federal Reserve’s quantitative easing program has placed on interest rates (although under new Fed chairwoman Janet Yellen, QE3 will likely continue to ‘taper’ through the end of 2014). An environment of low interest rates has driven equity prices higher, which in turn has produced two effects:

These effects have resulted in a fair number of newsworthy mobile app valuations in recent months: Facebook acquired WhatsApp for $19BN ($12BN of which was in stock) in February 2014, Uber raised $1.2BN at a post-money valuation of more than $18BN in June 2014, and Candy Crush Saga developer King listed on the NYSE in March 2014 at a market capitalization of more than $7BN (although that market cap has since descended to around $5.5BN). In general, low interest rates (in concert with the continued global growth of smartphone penetration and usage) have profoundly benefited the valuations of technology companies; this chart depicts the price of the Nasdaq 100 index, comprised primarily of large cap technology stocks, from January 2013 to late June 2014:

The gimmick app economy is a natural outgrowth of this environment, but whether or not it will be supported by buoyant tech valuations is unclear. Surely the proliferation of clones is not friendly to users, and the limits the quick-cloning phenomenon places on reaching a critical user base mass will likely prevent many gimmick app from evolving into more than a brief flight of consumer fancy.

That said, gimmicks that are able to reach escape velocity from the gravitational pull of chart dynamics — that is, quick viral clones reaching chart position and reducing the visibility of the original gimmick — may certainly evolve into valuable businesses, given the massive size of the global mobile-owning population (global smartphone penetration is expected to reach 1.75BN people in 2014, with 2.23BN people using mobile internet at least monthly). The apps that can evade and conquer clones for long enough to evolve into sustainable businesses are lucrative opportunities for early-stage investors; venture capital firm Andreessen Horowitz, for example, returned 280 times its $250,000 investment in Instagram when the two-year-old app was acquired by Facebook for $1BN.

The gimmick economy is surely the product of low interest rates and the general growth of mobile, but the individual effects of each are impossible to determine. If QE3 tapers and valuations drop, M&A activity may slow down and put an end to the early-stage gold rush investment money is currently engaged in. At the same time, the continued growth of smartphone penetration — especially in the developing world — creates massive opportunities for apps that hold global appeal and inspire virality (viable CPI/LTV unit economics coupled with non-manual distribution and scaling), regardless of the state of the broader technology economy. If tech valuations cool, the opportunity for apps that leverage the sheer size of the global smartphone-owning population won’t be diminished — but a smaller average exit size could reduce how attractive bets on gimmicks with tenuous traction and no path to monetization look to investors.