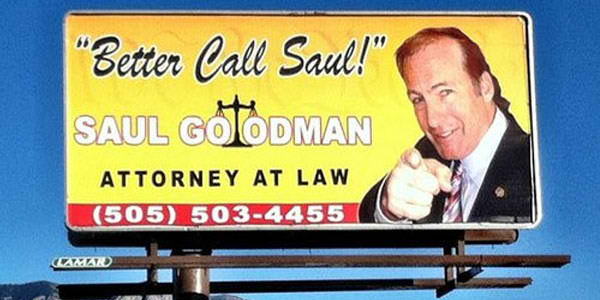 Freemium app developers are almost universally dogged by the question of whether ad placements should be included in their products. With only a very small minority of freemium app users making in-app purchases (IAPs) – and, according to analytics firm Swrve, 50% of total IAP revenues being driven by just 0.15% of users – ads represent a reasonable means of monetizing users that will not likely contribute revenues directly.

The validity of possibility 3 relies on a few assumptions, namely:

The truth, of course, is that whether possibilities 1, 2, 3, or some combination of all apply to a specific app depends entirely on that app and the demographics to which it appeals. But it’s unlikely that the prevailing wisdom – possibility 1 – is the most revenue-optimal strategy for app developers to pursue under all circumstances.

Rebuffing – or at least testing the legitimacy of — the prevailing wisdom is important, as mobile ad revenues are set to overtake desktop ad revenues by 2017. There’s big money in mobile advertising where previously there wasn’t: while, according to the linked study by App Annie and IDC, ad revenues of $10,000 per month were only generated by apps in the 75th to 90th percentile in terms of ad revenue in 2013, ad revenues grew by 1.7x in the US, 2.2x in Japan, and 2.2x in Germany in the same timeframe.

But which approach should a freemium app developer take? Obviously testing the effects of advertising on an app’s user base is a possibility and may bring some clarity to the decision of whether or not to include ads, but testing the long-term effects of advertising requires many assumptions to be made. For how long must a control group and test group be observed before the effects of ads – usually in the form of cannibalization of in-app purchase revenues – are validated? Especially for apps with very strong long-term retention, this may be impossible to determine.

The reason ads are generally relegated to non-paying users for freemium apps in the first place is that ad revenues only scale linearly with engagement, whereas in-app purchase revenues can scale geometrically. In other words, the engagement and monetization characteristics of an app dictate whether advertising or in-app purchases can be more lucrative; there is no generalized rule. Consider the following four scenarios:

In these scenarios, Average Sessions per Day is a proxy for engagement and DARPPU (daily average revenue per paying user) is a proxy for monetization. Four assumptions – CPM, conversion rate, user lifetime in days, and DAU – are held constant.

In considering the chart above, the obvious candidate scenario for ad inclusion is number 4, where high engagement and low monetization causes advertising revenue to dwarf IAP revenue. In such a scenario, given that advertising would represent the prevailing revenue mechanic, a product manager might even be compelled to remove IAPs altogether in an attempt to boost engagement further.

And while scenario 4 is realistic, the notion that advertising should trump IAP revenue is predicated on the idea that ads cause churn, which will almost certainly be dispelled as the app ecosystem matures.

In the same App Annie / IDC study cited above, only 58% of app developers reported including ads in their apps – most likely because they believe that ads cause churn. But this creates a catch 22 scenario: by not including ads in freemium apps, users believe ads to be a product choice and not a platform reality, further incentivizing developers to not include ads in their products.

Massive growth in the mobile advertising market – Gartner expects mobile ad spending to reach $18BN in 2014, up from $13BN in 2013 – as well as more gravity-conscious expectations of IAP revenues from developers will change this. And once ads become the accepted norm in most (or all) freemium apps by users, the notion that advertising causes churn will be dismissed by developers. Freemium apps will become like television shows: viewers don’t blame a specific show for the presence of ads but rather accept them as a reality of the platform.

In general, this is a good thing: it will soften the binary dynamic (hit / not hit) of freemium monetization and allow developers with less expertise in freemium economy design to nonetheless make money. Furthermore, it will (hopefully) reduce developers’ reliance on “whales” and grow the ecosystem by creating value where it previously did not exist (from the eyeballs of non-monetizing users).