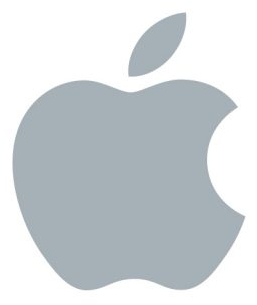 Apple famously exerts editorial control over the iOS App Store through its app approval process: apps submitted to the store must be reviewed by a team of editors before they are made available for download. This editorial review process, historically, has taken about seven to ten days (outside of the Christmas holiday, during which review times increase drastically); as a result, developers generally bake an “approval buffer” into their update cadence. 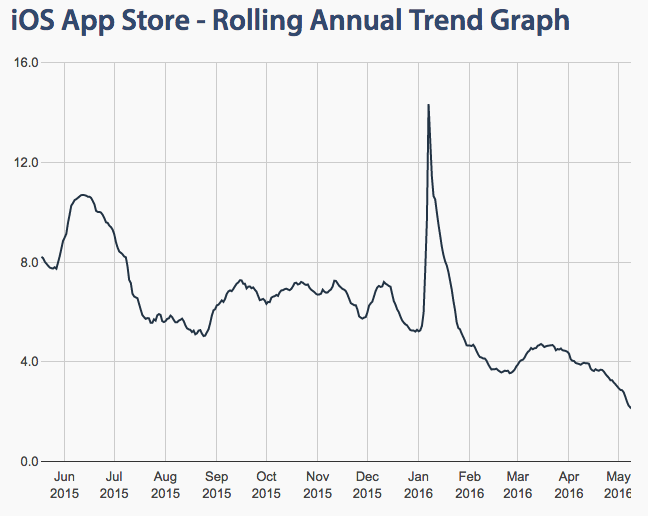 But, inexplicably and without any fanfare, Apple made a change to the its review process recently that dramatically reduced the amount of time apps are spending in review. According to AppReviewTimes.com — a website that tracks average submission review times via crowdsourced submissions from developers — apps are now spending just two days in review, down from more than a week one year ago. This change is also evident on Twitter, where developers post their app review times alongside the #iosreviewtimes hashtag: 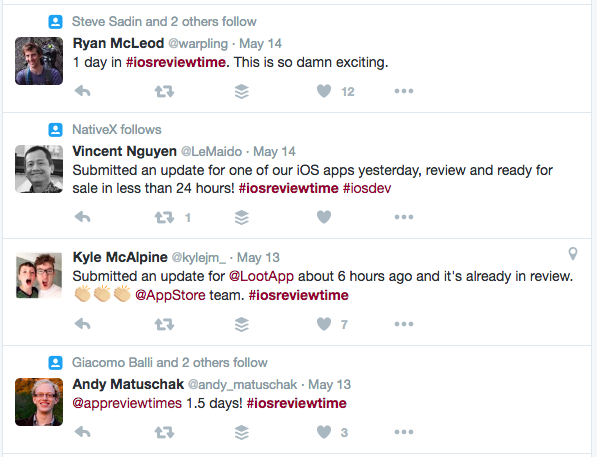 It seems obvious that the decrease in review times is the result of a conscientious decision made by Apple, but what that decision was — a larger editorial team? less stringent approval standards? the automation of reviews? — remains a mystery. More interesting than what changed, however, is why the change happened.

This policy change comes just weeks after Apple released its disappointing Q2 results, which, among other things, revealed that the company’s sales in China had dropped by 25% in the quarter, it sold 10MM fewer iPhones than in the same quarter the previous year, and its year-over-year revenue dropped for the first time in 13 years. In the earnings call, the company predicted displeasing results for the next quarter, too (despite CEO Tim Cook using the word “optimism” nine times, compared to three times in the previous five calls combined). 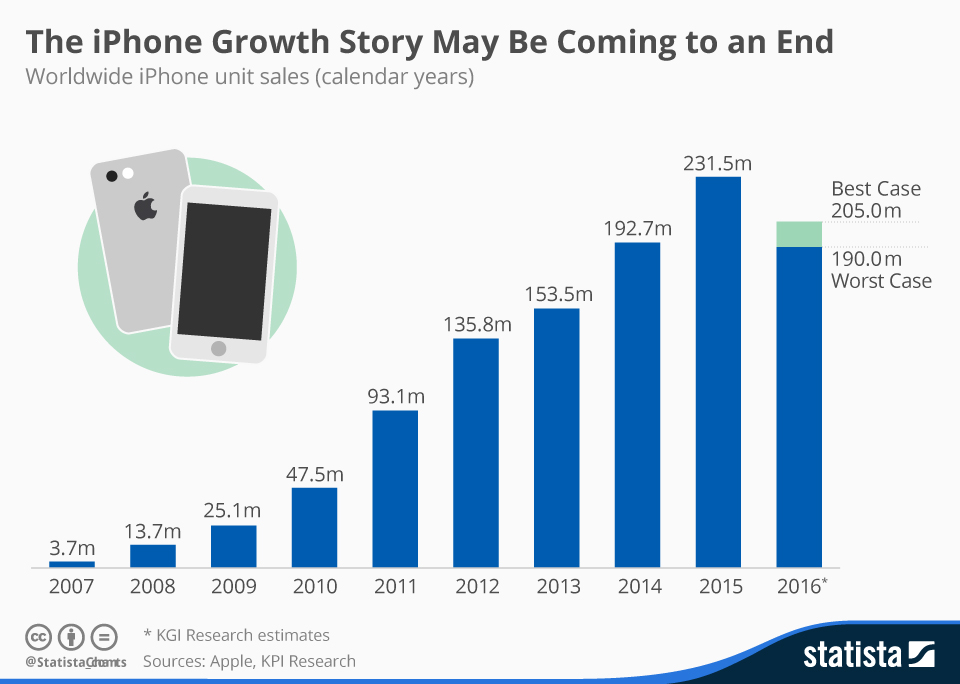 We probably live in a post-iPhone sales growth world. Replacement cycles for the device have grown — from roughly two years to nearly three years — and smartphone sales, generally, are slowing as the biggest growth markets (namely, China) reach saturation. Apple’s future growth probably won’t come from iPhone sales: it’ll more likely come, in the long term, from sales of new products as hinted at by Tim Cook in the earnings call (possibly a car, which would explain its recent $1BN investment into Chinese ride-hailing service Didi Chuxing) and in the short term from increased revenues from services. Services, in fact, represented the one bright spot in Apple’s earnings call: the company’s services division (Apple Music, the App Store, etc.) saw revenue increase by 20% year-over-year to $6BN in Q2, surpassing iMac and iPad sales.

It is in this context that abbreviated review times make sense: Apple could be focusing on App Store revenues as a means of driving short- and medium-term growth for the company while its product pipeline materializes. While shorter review periods don’t accomplish this directly, they create a more developer-friendly atmosphere and, crucially, allow for apps to be iterated upon (and improved) more quickly and with less administrative friction. This is important: the lengthy app review cycle is a thorn in developers’ sides, and reducing it (in some cases to less than a day) helps developers to create iOS-first apps that are optimized for that specific ecosystem (and not generalized for both platforms).

Phil Schiller, Apple’s SVP of worldwide marketing, took ownership of the App Store last December and has made overtures to developers since then. He is rumored to have put a team of 100 people in place to improve App Store search, which led recently to speculation that Apple may introduce paid placement ads into the App Store. While this isn’t likely (and would probably be a mistake), it seems reasonable to assume that the work of these 100 people has reduced app store review times (perhaps they’ve built a new system for reviewing apps, or perhaps they’re simply reviewing apps themselves). Whatever the case, this development — toward a more streamlined, developer-friendly App Store — seems to be a strategic step in the direction of focusing on services revenue for a company that historically, ostensibly, didn’t have to fret about it.