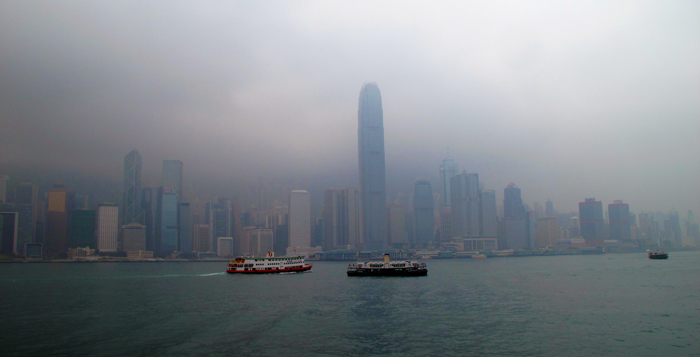 Simpson’s paradox is a statistical phenomenon in which a population, comprised of different sub-populations (“classes”) with differing statistical properties, exhibits a relationship at the global, aggregate level that might not reflect what is observed at the level of the individual classes. In other words, Simpson’s paradox means that observed relationships between variables in a data set can change when the data is grouped.

Assuming equivalent monetization (eg. Android users spend as much as iOS users), a product manager with limited resources might make some drastic decisions based on this data, perhaps prioritizing Android feature development over iOS or even canceling the iOS project altogether.

When the data is broken down by device, however, a different picture of the user base unfolds:

In this scenario, device type is a confounding variable: when the data is “filtered” by device type, classes of sub-populations with completely different statistical properties take shape that can’t be compared.

The reason iOS can beat Android in conversion at the device level but lose overall is because the mix of device types for each platform is different: tablets convert better than phones, overall, and in this user base, the percentage of iOS devices that are tablets (30%) is lower than the same percentage for Android (80%) – although the conversion rate on Android tablets is lower. Mixing the data together into one giant subject of consideration compares two groups with wholly different properties – apples to oranges.

The key to avoiding Simpson’s paradox – of drawing conclusions about a user base that don’t reflect the reality of the way different classes of users interact with the product – is to judiciously apply dimensionality to analysis. User segmentation is eminently important in data analysis; especially in freemium products, the “average user” not only does not exist, its visage serves as a siren leading developers onto perilously misguided feature development paths. Universal data is of no use when a user base exists across a broad, diverse spectrum of “real people”.

But user segmentation isn’t only crucial when considering the product development roadmap: if data analysis dictates which features should be prioritized by identifying the most valuable and engaged users, then it also dictates which people should be marketed to in growing the user base. Because of this, the specious conclusions drawn from aggregate-level analysis not only result in the wrong features being built, they also cause more of the wrong users to be brought into the user base.

To avoid this, the basic set of dimensions (“filters”, or user characteristics) used to prioritize feature development should establish the rough set used to market to users. For mobile products, the most basic set generally includes:

For some acquisition channels (eg. Facebook), other demographic data points such as age, gender, etc. may be targetable, too.

Analyses conducted with these dimensions taken into consideration offer far more reliable insights than the broad “iOS vs. Android” example previously cited. Ultimately the goal of an analysis is to improve a product for the real people using it; if that analysis is being undertaken under a false premise, then real people (and their real pain points) aren’t being addressed.