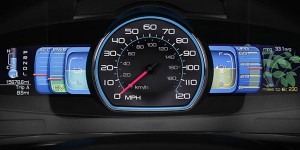 (You can find the complete sourcecode for the below example here and an interactive version here) I’ve written before that I think Tableau is the best data exploration / visualization tool on the market. I still think that, but Tableau does suffer a few drawbacks:

For these reasons, most start-ups won’t have the luxury of using Tableau. In fact, most start-ups won’t have the luxury of an analytics group or dedicated analyst. What most start-ups have is a sizable dataset and a need to understand the core business metrics that can help them iterate on their product. This set of posts will provide an introduction to D3.js, a javascript visualizations library, and a tutorial on how to implement a lightweight, flexible dashboard using it. D3.js provides a framework for creating visualizations out of structured data — it allows for the effortless creation of graph and chart objects that can be binded to the DOM and transformed. By creating a D3.js front-end on top of a middle transformations layer, the flexibility problem that Tableau suffers from is solved: data transformations can be done programmatically and then served to the front-end. The first step in creating a dashboard is to include the relevant libraries; I’ll include D3.js and the jQuery and jQuery UI libraries. I’ll also add some style elements for later use. Your blank HTML document should look like this:

The metrics div will hold our visualizations object. Most of the style elements should be self-explanatory. The next step in creating the dashboard is to import some data. Your functional dashboard will probably retrieve data from your database via an AJAX call to a helper script (which will query the data and format it in JSON). For the purposes of this tutorial, I’ll generate objects and populate them with random data. Each object will have two elements: Date and DAU (daily active users). Add this bit of code to the document.ready() function:

We have enough of a framework to start visualizing the data we generated. But first we need to create some helper functions: since we are storing our data in objects, we’ll need functions to get the minimum and maximum values of the elements in the objects to create the axes of the graph. D3.js actually provides methods for doing this called d3.min() and d3.max(), but these only work on arrays, not on objects. The two helper functions are defined below:

Now we have everything we need to build our chart object:

A couple of things to note:

We have now created a visualization object and attached it to the DOM. If you were to load this HTML file in a browser, you’d see this: 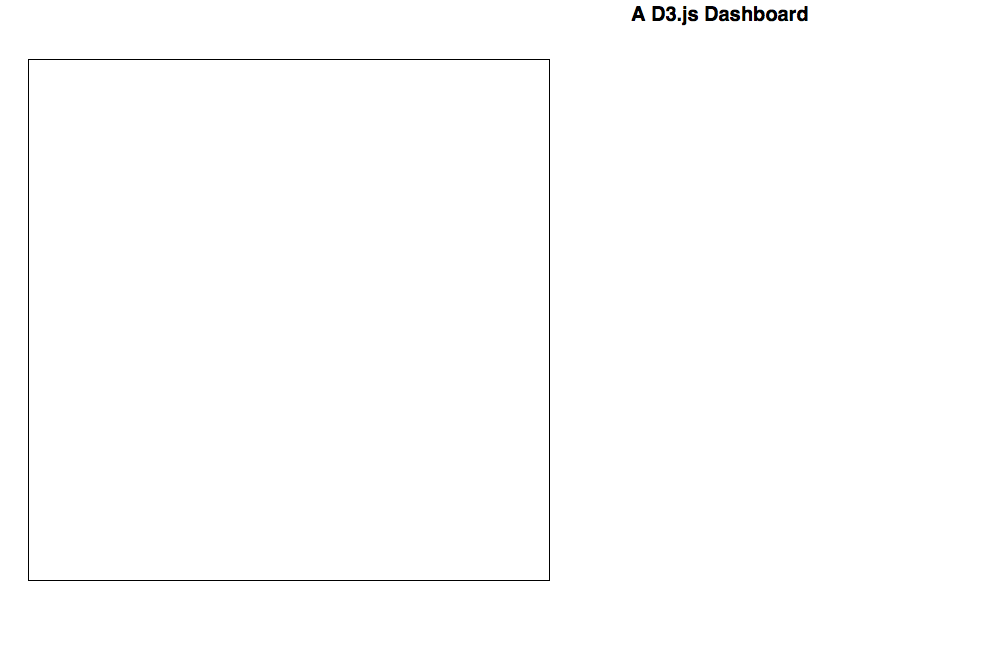 Now we’ll add the axes and axes labels with this code:

If you reload your HTML file, you’ll see something like this (remember that the DAU values are randomly generated, so the Y axis values will be different each time the javascript is executed): 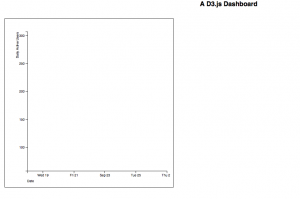 Now we can add the line chart with this code:

This creates a line object, gives it values (x values from the date element and y values from the DAU element of the data objects), appends a path object to the visualization object (vis) based on the line’s data, and gives that path object a “stroke” (color) of black. You should now see a line graph on your chart: 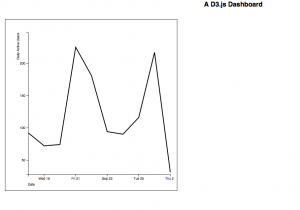 We can now add some data points to the path by creating circle objects and appending those to the visualization object (vis). We will also include some mouseover effects for browsing through the data points:

At this point, we have a fully functional line chart with circles superimposed on each point that animate on mouseover. The next post in this series will extend this basic functionality into a framework that allows for dynamic chart creation and multiple graphs on each chart.