Was the Clash of Clans Super Bowl commercial about user acquisition? 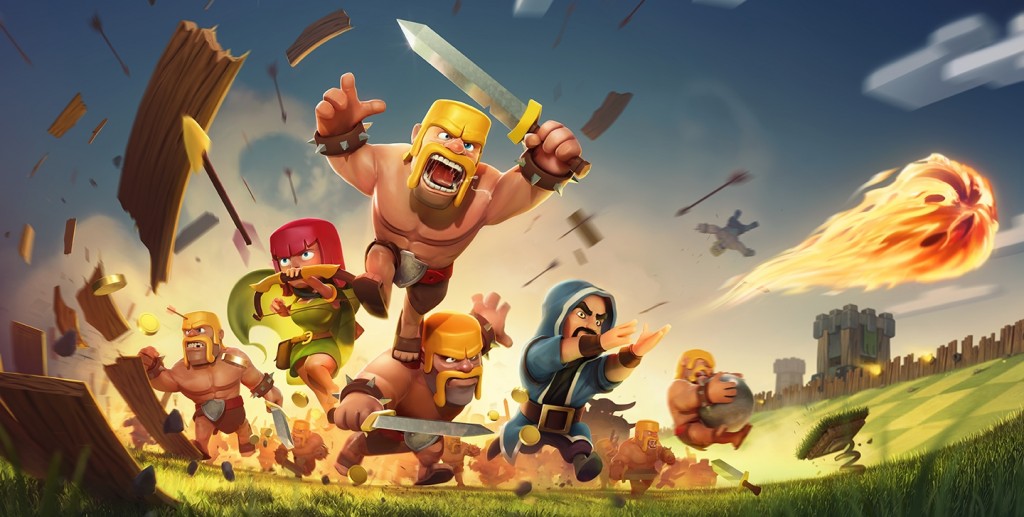 This past Sunday, Supercell aired the below commercial for Clash of Clans during the 49th NFL Super Bowl:

NBC, the network which hosted the Super Bowl, charged advertisers between $4.4 and $4.5mm per 30-second ad spot, which means Supercell likely paid around $9mm just to run the ad (excluding the production costs associated with hiring one of the most famous actors in the world to star in a commercial).

While $4.5mm is indeed a lot of money to spend on a single ad spot, the Super Bowl’s per-viewer rates aren’t completely divorced from spending norms within other forms of video advertising: last year’s Super Bowl XLVIII drew 112.2mm viewers. Assuming Super Bowl XLIX at least matched last year’s viewership and that 25% of all viewers, or 28mm, watched the Clash of Clans ad, then a price of $0.32 per viewer was paid.

If just 1% of those viewers converted — a fairly reasonable rate for in-app advertising — then a cost-per-install of $32.08 was paid for 281k new users. While high, this CPI isn’t outside of a reasonable range that a developer might expect to pay for a game as old as Clash of Clans (which was released in June of 2012) through in-app ads in the US, especially in such a large-scale campaign (of course, it can’t be known what the platform break-down is across Super Bowl viewers, especially those most inclined to download an app after watching a commercial). These figures also don’t take into account the hundreds of thousands to millions of free commercial impressions that will likely be delivered via YouTube over the course of the next few months.

Clash of Clans inarguably experienced an uptick in downloads after the airing of the commercial: the app sat at rank 38 on the App Store’s most downloaded chart (iPhone / US) on Saturday, January 31st and is, as of this writing, at rank 28. But to focus on chart position is probably to miss the point of the Clash of Clans Super Bowl commercial, or of any mobile game’s big initiative on television.

With 40% of total market share, television is the biggest single advertising medium. With that size — and, perhaps more importantly, legacy — comes credibility and legitimacy. Mobile gaming developers might see the opportunity in television advertising as more a function of increased conversion rates from existing players and re-engagement from lapsed players than of user acquisition, especially for massive games like Clash of Clans that may have reached a saturation point in mobile advertising. 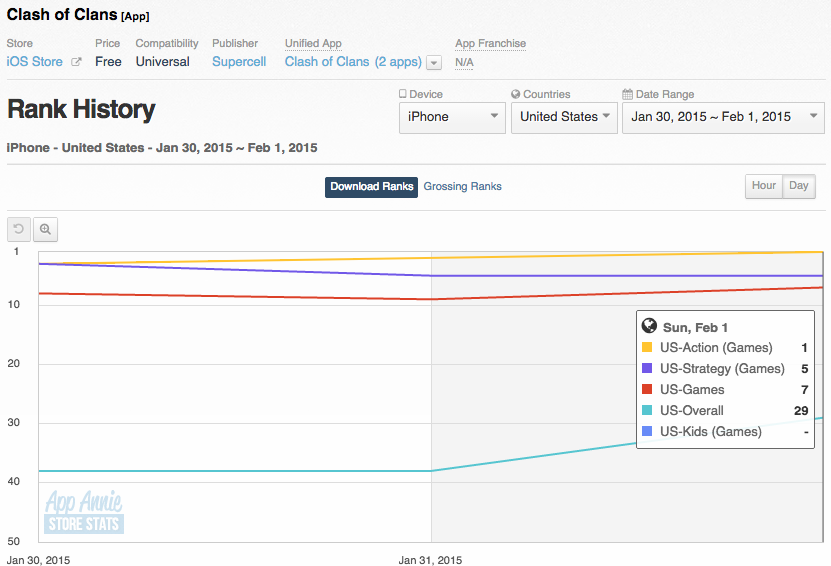 Seeing a television commercial for a mobile game might erode within a user a psychological barrier to making in-game purchases because a TV commercial is a signal of widespread, public adoption of something. A study at the Game Research Lab at the University of Tampere found that attitudes “towards virtual goods and the beliefs about peers’ attitudes strongly increase the willingness to purchase virtual goods” in free-to-play games.

Surely at least part of the goal of any large developer in spending millions of dollars on TV advertising (much less a single TV spot) is acquiring users they can’t reach through other channels, but that may not be the most compelling element of such a campaign. Supercell has advertised Clash of Clans at other high-profile sporting events, notably the England vs. Uruguay World Cup Match in 2014 and during matches on the Canadian Hockey Night show.

The aim of this strategy seems to be to target groups of people (likely men) that have come together to watch a sporting event and might discuss the mobile game after viewing the commercial. This is a different tactic, serving a different type of game, than buying airtime to promote a single-player title (such as Candy Crush Saga, which King advertised profusely in early 2014, before the company’s IPO). So if Supercell’s goal with its Super Bowl commercial was acquisition, it was likely a very specific type of acquisition: of a player that can download the game and instantly join an existing clan.

Given Clash of Clans’ age and the reach of its previous advertising campaigns, it seems plausible that Supercell’s principle intention with its Super Bowl commercial may not have been user acquisition. If Supercell has already reached everyone it can through in-app ads, then there’s nowhere left to go but more traditional forms of media for acquisition. But at the same time, buying airtime during the biggest sporting event in the US — which 43mm people planned to watch at a party — may be the best way of convincing monetization holdouts that the game is just as social as watching football with friends and deserves their money.