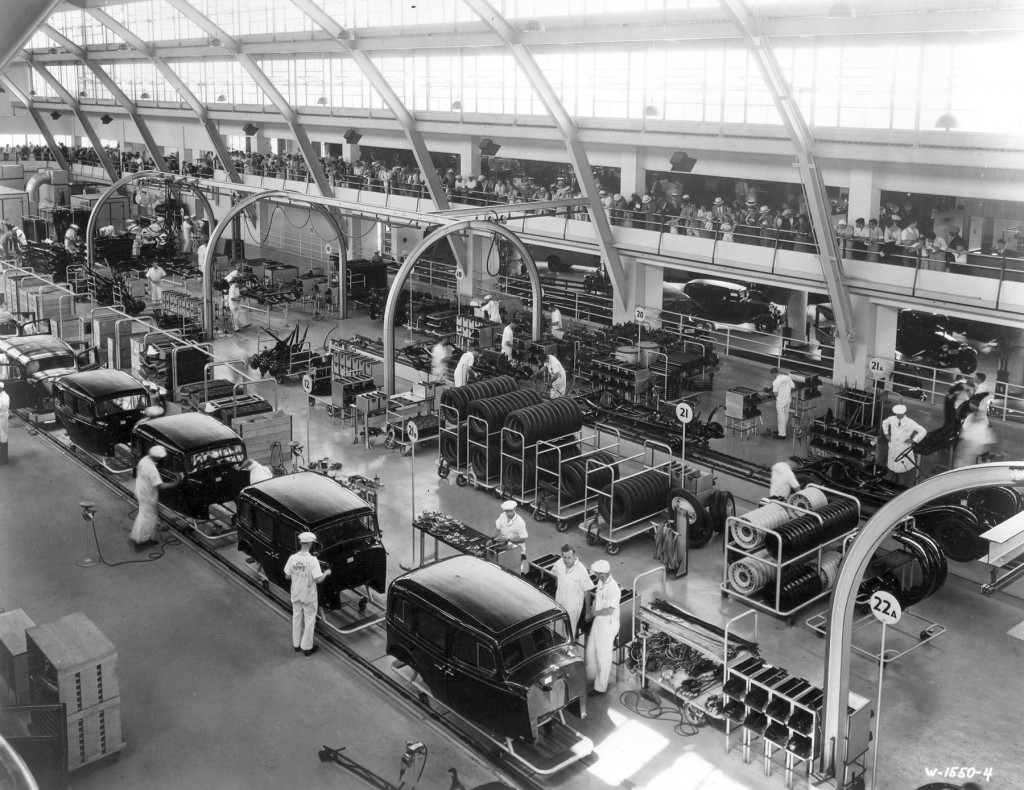 Android’s impressive stranglehold on worldwide smartphone shipments increased year-to-date in 2014: according to Strategy Analytics, 84% of smartphones shipped in Q3 2014 run Android, up from 81% one year ago. Apple’s share of smartphone shipments decreased by 8% in the same period, despite selling 39MM units in Q3 2014 — up from 34MM units a year ago — as a result of the release of its iPhone 6 and iPhone 6 Plus phones. 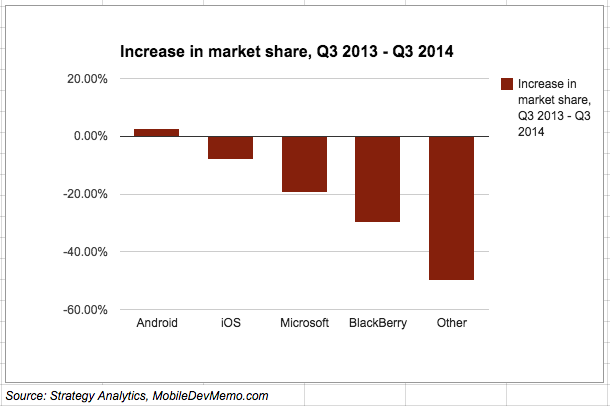 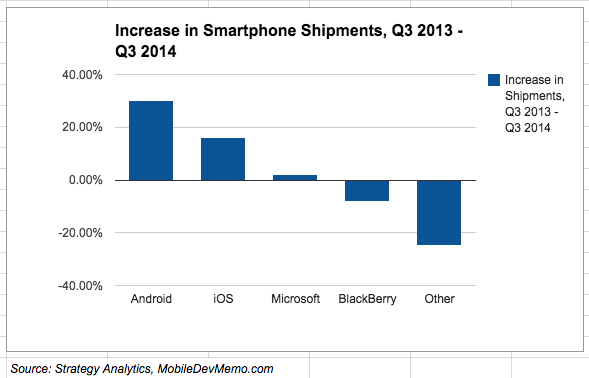 Such expansion seems undeniably and unambiguously good for the Android platform, except for the fact that this growth is taking place at the low end of the Android hardware price spectrum. This is evidenced with the rise of Xiaomi, the Chinese smartphone manufacturer focused on low-end hardware, to third position globally, behind Samsung and Apple, in terms of smartphone sales (to over 5% of total shipments in Q3 2014).

Samsung, meanwhile, which makes smartphones across the entire price spectrum, saw its sales decrease by 10% over the same period, to around one quarter of total smartphone shipments. Indeed, given shrinking margins and decreased demand for its higher-end smartphones, Samsung announced in its Q3 2014 earnings call that it would introduce mid-priced versions of its Galaxy Alpha and Galaxy Note smartphones — a clear shot against the bow of its low-end competitors.

Smartphone shipments growth has broad effects over the entire mobile economy – especially the app economy, in which many companies’ perceptions by public investors are predicated almost entirely on user base growth. But growth at the lower end of the smartphone pricing spectrum, while potentially lending itself to user base growth for app developers, doesn’t translate as directly into revenue growth as high-end device sales do. This rift in device marketshare and overall app sales marketshare is seen in the gigantic gulf between App Store and Google Play revenues: Google paid out just 13% of what Apple paid to app developers in 2013 (although that payout delta may have shrunk to as little as half by H2 2014).

Much of this difference owes to geography: many of the regions in which Android commands the most significant lead over iOS in terms of unit sales are those with the highest mobile data prices when adjusted for local wages. Consider the massive, WhatsApp-driven surge in smartphone sales taking place in South Africa, where smartphones are expected to make up 30% of all pre-paid phone sales in Q4 2014 – up from just 1% in December 2013. Two of the most popular smartphone units in South Africa, the MTN Steppa and Huawei Ascend Y220, cost less than ZAR500, or $45. These are the types of devices driving Android’s worldwide sales growth.

Yet Apple did not respond with a low-end phone in its iPhone 6 product line – despite having already set a precedent for a low-cost iPhone with the iPhone 5c. In fact, Apple doubled down on the high end with the iPhone 6 Plus, which, at $749, costs $100 more than the iPhone 6 on Apple’s store when bought without a contract.

Given the device shipments trend, Apple’s strategic shift won’t help its smartphone sales marketshare – which begs the question: is that number anything more than a vanity metric? When Android devices run the gamut from the $42, dual-SIM Tegu to the $500 Galaxy S5, with the average Android phone price sitting around $276 in 2013, does overall marketshare mean anything in terms of revenue – either from in-app sales, which would naturally correlate with device price (and other factors such as local prices for mobile data), or from hardware sales, for which increased competition at the lower end from the likes of Xiaomi et al is eroding profit margins?