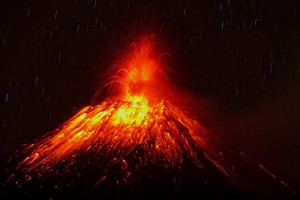 Tinder is a dating app – some have called it a “hook up app” – that allows users to scroll through pictures of potential companions and select those of the greatest appeal with a favorite / like mechanic. When two users have mutually selected each other, they are given access to a chat medium and are able to communicate. The app was created by Hatch Labs, a “venture sandbox” controlled by IAC, a holding company run by Barry Diller. IAC also operates CollegeHumor, Ask.com, Dictionary.com, and other high-profile internet brands.

Tinder was released in August 2012 but didn’t achieve appreciable traction until January of this year, when it rocketed into a Top 100 overall downloaded position in the App Store (iPhone / United States). The app received a raft of media attention recently, but even prior to journalists’ piqued interest, Tinder was sitting comfortably in a Top 20 position in the Lifestyle category on the App Store and was a Top 150 downloaded overall app.

Tinder’s growth case is curious because, based on commonly-held popular beliefs about user acquisition, it should not have achieved traction without matching the significant marketing spend of its older and more-established peers in the vertical (dating sites have notoriously high LTVs, allowing them to spend lavishly on user acquisition). But Tinder was born out of an “app factory” that likely didn’t spend exorbitant amounts of money on marketing.

Though Tinder’s engagement metrics are certainly stronger than those of traditional dating products, its growth pattern is peculiar. So how did Tinder establish its user base? And – more importantly – how does the service grow virally, despite the fact that dating is one of a handful of product verticals that most people are reluctant to associate themselves with? Three possible explanations:

1) Tinder initially launched to college campuses. Viral effects take place within the context of networks, or groups of people associated by similar interests, characteristics, or geographies. Any individual’s potential viral network for a product is constrained by the limitations of the product’s appeal: broad products allow for large viral networks (any given person likely knows many people that would be interested in the app; eg. Candy Crush Saga), with the opposite being true for niche products. Tinder is a broad product – any given person likely knows many single people who aren’t put off by the increasingly-deteriorating stigma associated with online dating – but more significantly, college campuses serve as excellent viral networks.

As a result of wide-ranging macroeconomic and social conditions, a majority of American college students fit one demographic profile: aged between 18 and 25, from the top half of the economic spectrum, tech-savvy, and unmarried. And through proximity, college campuses facilitate a high degree of word-of-mouth recommendation. These two factors mean that virality can very easily take root on a college campus – much more easily than in other physical locations defined by social structures, such as offices or churches.

The homogeneity of college campuses (with respect to the characteristics relevant to viralty), coupled with the fact that college students see other college students in person on a daily basis, means that, while limited in absolute scope (only about 20 million Americans at any given time are college students), virality can be realized – and thus initial traction can be developed — far more quickly on a college campus than in other demographic strongholds.

2) Tinder is a novel mobile implementation of an existing, familiar paradigm. Hot or Not popularized the favorite / like mechanic within the context of dating and relationships more than a decade ago. Tinder’s innovation is the transportation of that mechanic to mobile.

New applications of existing concepts – especially when those concepts are being translated from the web to mobile – are interesting and thus may be perceived as worth sharing. In a similar vein, the novelty of the app’s application on mobile potentially neutralizes the stigma attached to online dating: people might be more willing to share the fact that they use Tinder since sharing that information can be seen as simply pointing out the existence of a new, innovative app (as opposed to an admission of use).

In other words, because Tinder is novel, having discovered the app and perhaps even created an account in it doesn’t necessarily implicate a person as a regular user.

3) Through association with strong positive emotions, Tinder creates evangelists out of heavy users. Long-term Tinder users can fit one of two possible profiles: those seeking genuine relationships, and those seeking casual trysts. Users in the second group most likely aren’t forthcoming to others about their use of the product, and users in the first group that fail to achieve a long-term relationship through it aren’t likely to blame that outcome on any perceived structural flaw in the product.

But users in the first group that do enter into a long-term relationship as a result of using Tinder may very well become highly vocal evangelists of the product. The facilitation of a relationship is a significant, life-altering benefit likely to instill intense positive emotions for a product in a user. Such emotions can render highly valuable and prolific evangelists out of users that have achieved success with the product.

Tinder claimed in May to have produced 50 million connections — if even .01% of those connections evolved into substantive relationships, 10,000 people may have been converted into evangelists of the product, proudly and openly praising the service as the catalyst of their relationships.

Prevailing marketing wisdom would dictate that Tinder shouldn’t benefit from virality – it’s a product most users would prefer to use furtively, and it is in no way social. But Tinder seems to be a case where style overcomes substance: because of the novelty of its approach and the blasé demeanor it attaches to the process of seeking a companion, Tinder has seemingly cleared the hurdle of disassociation that would plague other dating products in pursuit of viral growth.