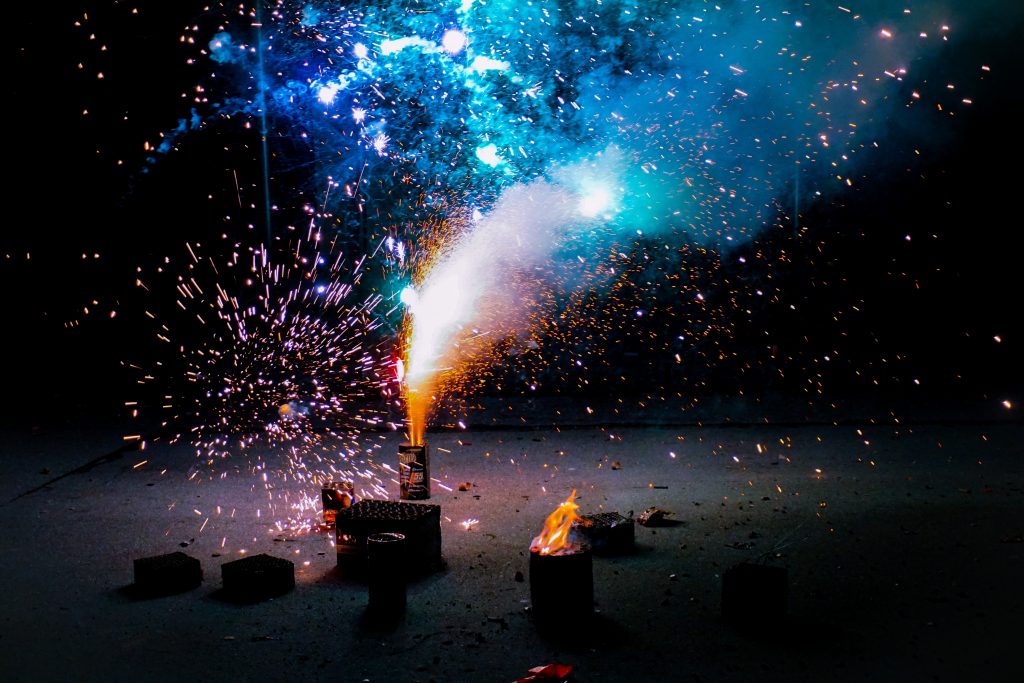 Back in November of 2016, mobile games developer and publisher Glu made a three-part announcement: that it had promoted former EA Mobile GM Nick Earl from President to CEO, with former CEO Niccolo De Masi moving into the Executive Chairman position; that its three-month revenues had declined year-over-year by $12MM; and that it had acquired a controlling stake in Covet Fashion developer Crowdstar for about $45MM. Of the three disclosures, the news about Crowdstar was perhaps the least intriguing.

At the time, Covet Fashion — a female-focused fashion game — was about three-and-a-half years old and had accumulated roughly 30MM lifetime installs, which, while impressive, didn’t seem like the kind of acquisition that would fundamentally alter Glu’s commercial trajectory. Crowdstar had another game in soft launch in Canada, Design Home, which was also oriented toward a female demographic, although no financial information was available for that title at the time of Glu’s acquisition. In January 2017, through an SEC filing, it was revealed that Glu acquired the remaining shares of Crowdstar for an additional $4.7MM, bringing the total acquisition price of Crowdstar to about $50MM, a few million more than the $46.5MM that Crowdstar had raised since its inception in 2008.

Looking back, Glu’s acquisition of Crowdstar was prescient and certainly ranks as one of the shrewdest acquisitions in mobile gaming history. Glu’s stock closed at $1.91 on November 1st, 2016; it closed at $7.57 on August 30th, 2018, which represents a nearly 300% price increase in just under two years. In 2018 alone the stock has doubled: 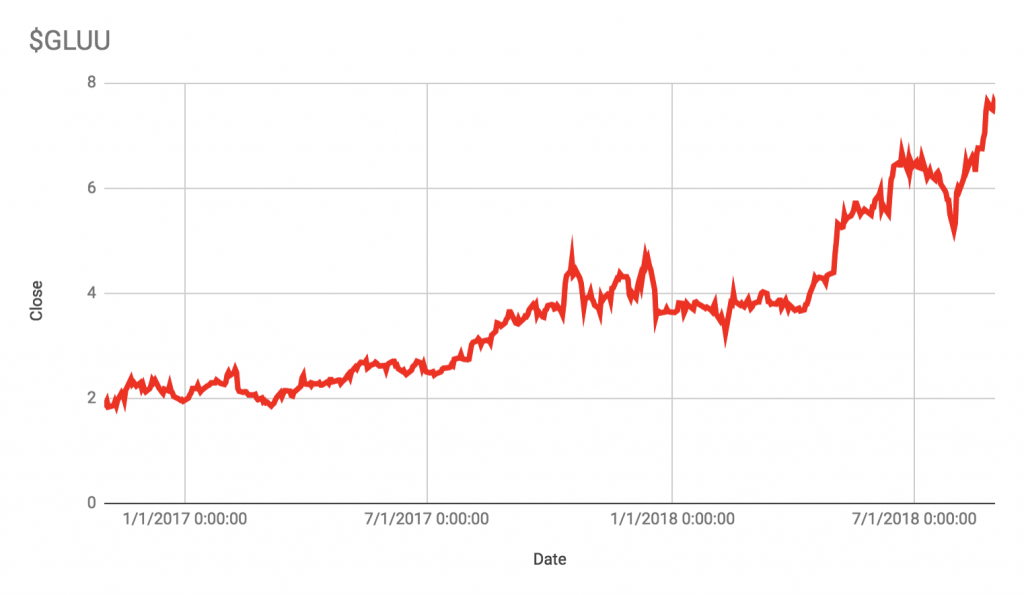 Glu broke down its portfolio performance by game and category in its Q2 earnings statement: the company separates its games into the categories of Growth, Evergreen (which contains the title it was previously most famous for, Kim Kardashian: Hollywood), and Catalog (which includes more than 60 legacy games that are still live and generating incremental revenue). Two of its three growth games (Covet Fashion and Design Home) were built by Crowdstar, and they generated more than 50% of Glu’s revenue in Q2 2018: 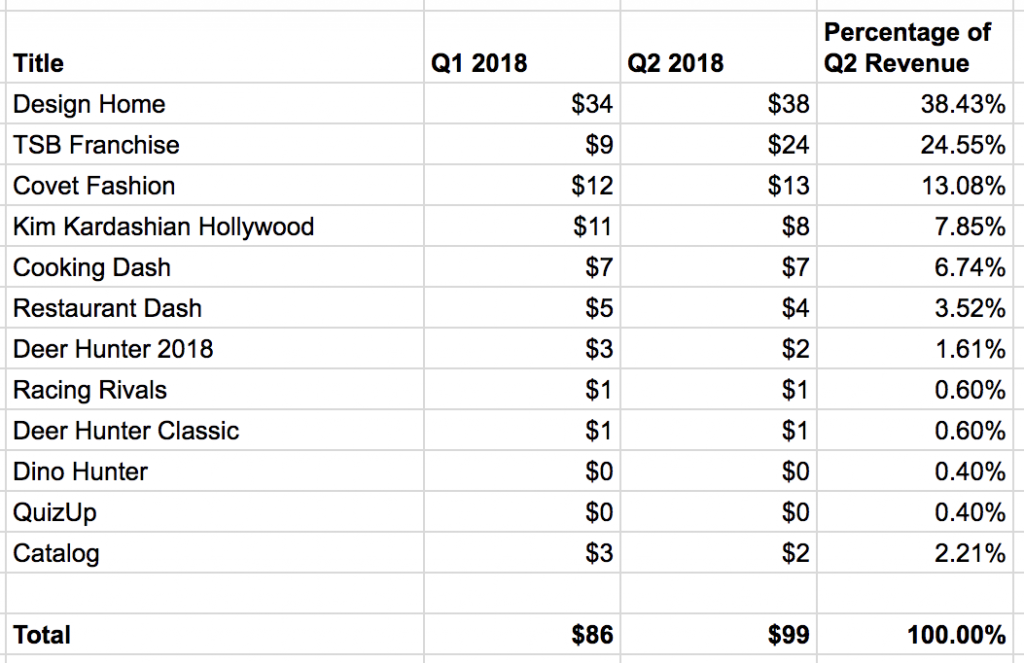 It’s important to note in the context of analyzing Glu’s portfolio revenue concentration that the company actually generated 70% of its revenue through Kim Kardashian: Hollywood in 2014; its portfolio today is far more diverse than at that point. And though Glu is still losing money, it is stabilizing its losses while growing its topline revenue dramatically: Glu lost $4.4MM on $90.2MM in Q2 2018 vs. a loss of $23.6MM on $68.7MM in revenue in Q2 2017. This is consistent with the strategy that Glu outlined in its Q2 earnings release: that it will consolidate its studios and build out its pipeline over 2017 and 2018 and then achieve profitability in 2019:

To that end, Glu shuttered its Long Beach and Portland studios in 2017 and sold its Moscow studio earlier this year. These activities feel meaningful, as Glu’s pipeline (as per its Q2 investor presentation) is ample and includes two IP licenses and its TSB (Tap Sports Baseball) franchise grew 172% quarter-over-quarter to Q2 2018, but clearly the Crowdstar acquisition, which combined female-focused titles with Glu’s publishing and user acquisition expertise, is driving much of its revenue performance now. That such an acquisition could reverse Glu’s fortunes so dramatically in such a short period of time is extraordinary and a testament to how much untapped value likely exists throughout the app economy.

Photo by Alexander Kagan on Unsplash