How much is platform featuring worth?

Clash Royale, the latest game from Finnish developer Supercell, received a warm welcome to the app economy when it launched globally on March 2nd: it was given a very prominent level of featuring on Google Play but especially on the App Store, in which its art was displayed in both the Editor’s Choice and Best New Games placements, as well as in a custom row. Clash Royale was also given a custom App Store page, allowing the developer to introduce characters from the game to prospective players. 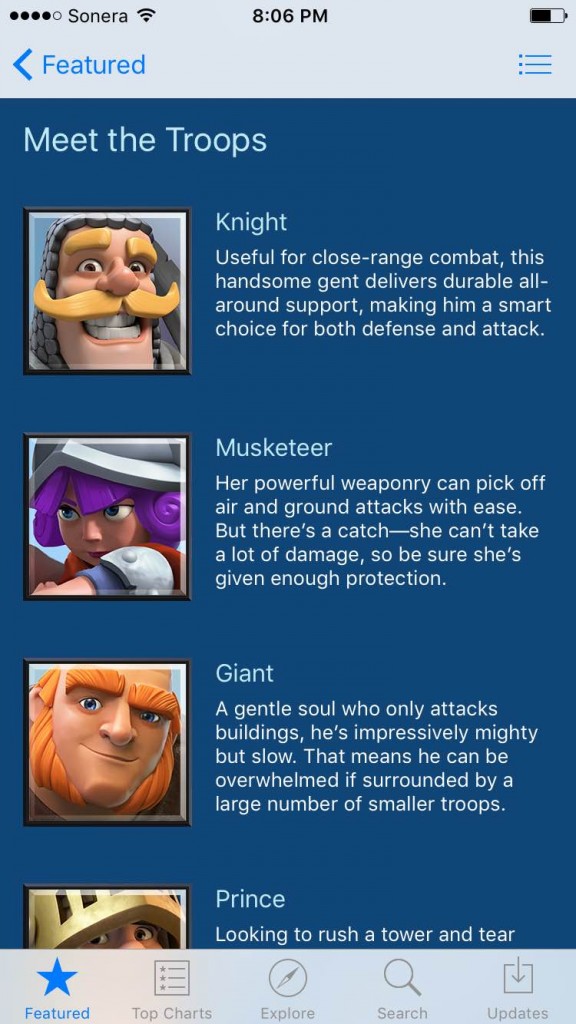 The unprecedented form of featuring from which Clash Royale benefited last week (keeping in mind that its featuring started on Wednesday, not Thursday as is custom) begs an interesting question from the perspective of mobile marketing. In terms of media value, how much is platform featuring worth?

In considering the question, the substance of featuring needs to be understood. A platform store feature is some amount of ad impressions, but it’s also a vote of confidence in an app: it exists to end users as a sort of seal of approval from the platform that the given app meets some standard of quality.

Impressions, on their own, aren’t necessarily worth much. The mobile landscape is littered with millions of apps; most are bad. Clash Royale is a brand extension of the “Clash of Clans” universe; its art (and name) are widely recognizable by the massive of audience of users that currently play (and, perhaps more importantly, used to play) Clash of Clans. An impression for a Clash Royale ad (and featuring placements are essentially just ads) is worth more to Supercell than it would be to a high schooler that made a game in her spare time. 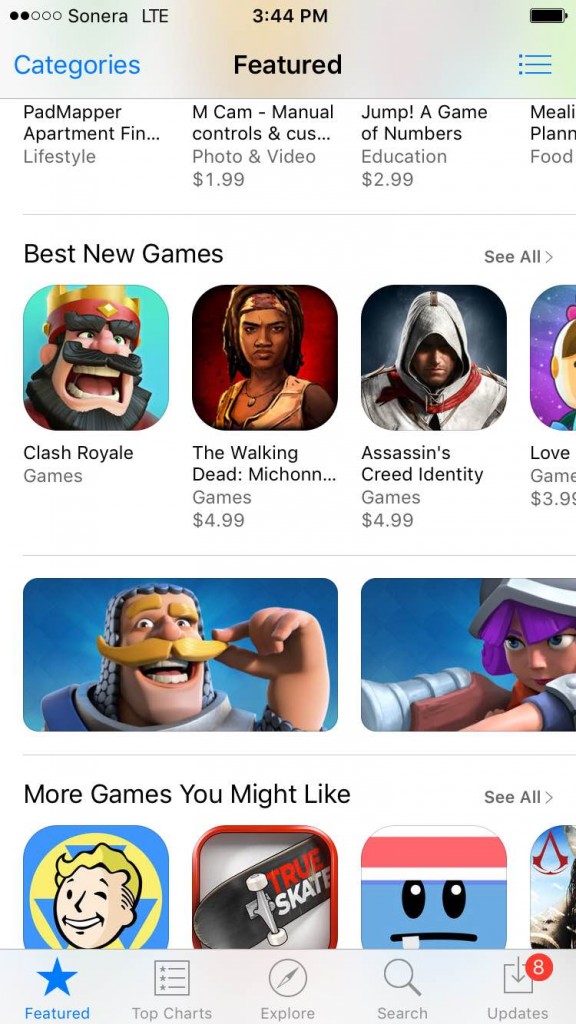 A Clash Royale ad will have more inherent utility in an ad impression than almost any other ad will because it will compel more clicks than almost any other ad can. That’s important; when platform operators feature apps, they need to be sure that they’re delivering value first and foremost to their users. If an ad sits in a featuring placement unclicked, no one benefited from it being shown: the developer didn’t bring a new user into its ecosystem and the end user didn’t adopt a new, interesting app.

That the app economy is based around the freemium model adds another dimension to the featuring “value” analysis: apps monetize across a very broad spectrum. Even if an app is featured and that featuring generates millions of installs, those installs may not produce very much money.

So the value of featuring to a developer might be measured in one of two ways. The first is the sum of revenue generated by installs that originated from a featuring placement, and the second is the amount of money that a developer would have spent to acquire the same number of ad impressions as featuring delivered on the open market. In both cases, featuring is obviously worth more to developers with games that monetize well, compel clicks, or both. In other words, games that would have been successful (read: marketable) without featuring in the first place.

The value proposition of featuring for the platform operators is different, of course. Both want to feature the apps that will be useful (or entertaining, or informative, etc.) to end users and make them happy that they own the device that they do.