In-app header bidding and the road to programmatic It’s hard to remember a time when programmatic mobile advertising was not being touted as the next big thing. While some larger advertisers of course do currently lean heavily on programmatic media buying, doing so requires a level of infrastructural sophistication and technical expertise that simply puts it out of reach for most app marketers, and for a reason: the best ad networks and self-attributing inventory sources do an excellent job of handling delivery with large, knowledgeable teams and efficient advertising machinery. The economics of becoming better than existing mobile advertising vendors to avoid their fees don’t work for the vast majority of advertisers.

Meaningful progress is being made in the ecosystem away from waterfall delivery and toward in-app header bidding (or SDK bidding) by mediation vendors, exchange operators, Oath, Facebook, and new start-ups like MAX that are hoping to capitalize on this shift. Most people understand the inherent inefficiencies of waterfall delivery: when delivery is awarded to supply sources on the basis of historical prices, waste is almost guaranteed. The death of the waterfall is, in most cases, a good thing; if in-app header bidding, provided for by the same vendors that now facilitate waterfall bidding, is what puts an end to inefficient waterfalls, then the industry should hasten its arrival. But a question does present itself: is in-app header bidding a meaningful move down a programmatic path? 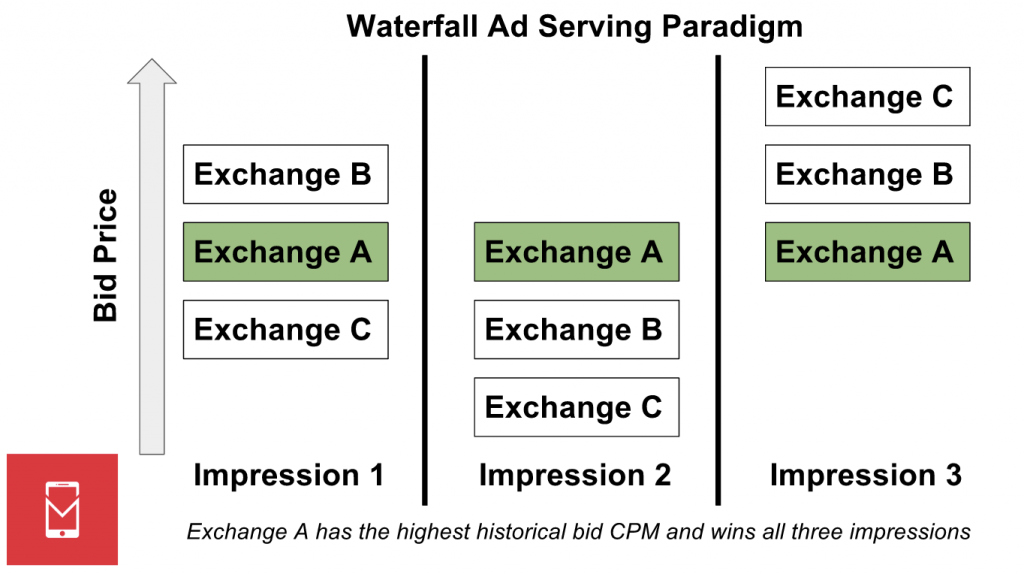 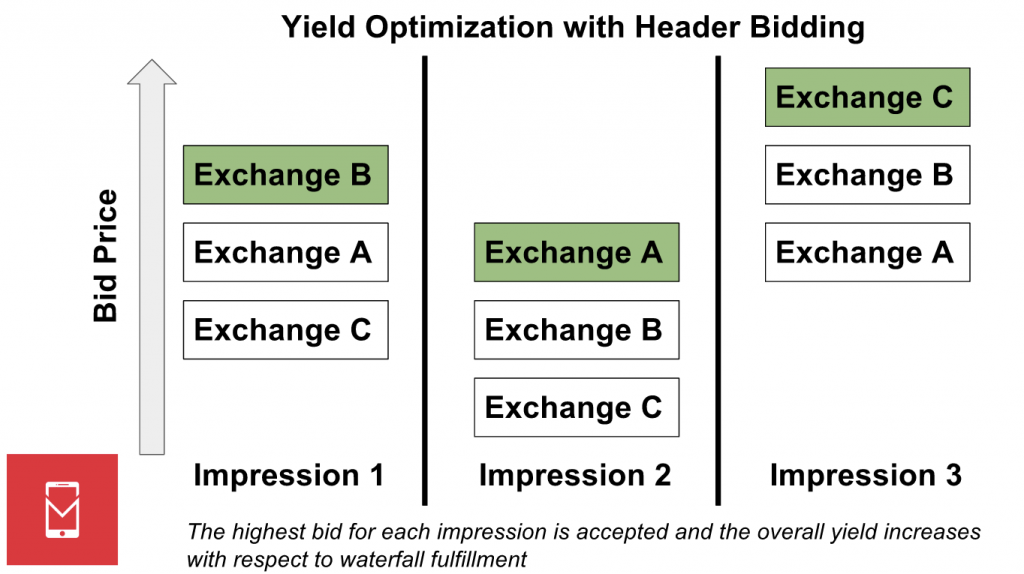 The conceptual jump, for publishers, from waterfall delivery to in-app header bidding, is large but fairly seamless if assisted by SSPs. For advertisers, the jump to managing a full implementation of programmatic advertising is more substantial because the service layer is so sophisticated. Could many advertisers build their own bidders in-house? Should many even want to?

Services like Beeswax, which operates a bidder-as-a-service, render programmatic buying more realistic for advertisers by building a bridge across the technology expanse that encompasses DSPs and ad networks and separates exchanges and advertisers. This kind of progress seems more meaningful, perhaps, than in-app header bidding: again, since the conceptual jump is fairly small (and from an implementation standpoint, imperceptible) for publishers from waterfall to header bidding, there’s almost no barrier to adoption on the supply side. Precipitating the tectonic shift towards programmatic seemingly requires more effort on the demand side.

In-app header bidding will provide better yields to publishers (and, if the market operates efficiently, that increase in yield should generate some cost savings for advertisers). But that feels like less of a substantive evolutional moment than a broader shift towards programmatic buying on the part of advertisers, which would likely lead to many ad networks outside of the top tier to become extinct. That’s the real, fundamental market shift that has perennially been “next”: the collapsing of the participant chain on the demand side.

Photo by Justyn Warner on Unsplash