King vs. Kabam on the road to IPO 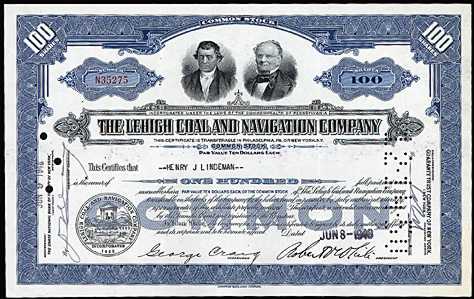 Note: This post was original published in May 2013. King has subsequently gone public.

Whether either company floats shares in 2013 or 2014 is unknowable, but public markets may be receptive to the notion: Digi-Capital’s Tim Merill has stated that a gaming company IPO is possible in late 2013 or early 2014 given the two-year cyclical nature that gaming IPOs have exhibited since 2005. And both companies have diversified their revenue streams sufficiently to disentangle their fates with those of any specific platform: in March, almost half of King’s players were on mobile, and Kabam projected about half of its 2013 revenues to be generated on mobile. As late as 2011, both of these companies derived 100% of their revenues from web-based platforms (namely, Facebook).

Both companies have significantly fewer employees than Zynga’s 3000 at the time of its IPO: Kabam headcount grew past 600 upon its acquisition of Exploding Barrel Games in January, with King’s headcount reported to be 400 at around the same time and 450 now. On the monetization front — for which, admittedly, good data is not readily available — King seems to lead Kabam, with a projected 2013 run rate of $524 million compared to Kabam’s projected “more than $200 million“. And while Kabam has not made daily active user metrics public, King recently (and symbolically) called attention to the fact that its user base, numbering 66 million, has eclipsed Zynga’s.

King’s shift from the web to mobile was facilitated by the vast catalogue of games — 150 as of January, 2013 — it has accumulated over its decade of existence. The company’s game launch strategy seems to involve a soft release on the web for the purposes of evaluating fundamental mechanics and collecting metrics, with high-performing games slated for mobile release. Given its deep portfolio of titles, King should easily be able to maintain its release cadence of a “couple of games per quarter” for the foreseeable future.

Kabam, on the other hand, has amassed its mobile user base of core gamers through an operational focus on eminently profitable performance marketing. Kabam claimed at the end of 2012 that its 3-year return on each dollar invested in marketing was $7, which represented almost a 100% increase from a year earlier. This strategic approach is evident in the very large differential between the Kabam’s rankings on the total downloads and top grossing charts; its flagship title, Kingdoms of Camelot: Battle for the North never climbed higher than #28 on the US iPhone top downloaded games chart (and spent the majority of its lifetime between ranks 100 and 200), but for the past year the game has consistently held a position in the US iPhone top 10 grossing games chart (although it currently sits at #12).

Candy Crush Saga from King, on the other hand, has spent the majority of its existence simultaneously in both the US iPhone Top 10 Downloaded chart and the US iPhone Top 10 Grossing chart, suggesting that King is either cross-promoting its web audience or purchasing users aggressively — or both. Whatever the case, the core nature of Kabam’s games likely produces higher ARPDAU / LTV metrics, which insulates the company from precipitous shocks in user acquisition prices.

Kabam expanded the scope of its operations significantly in the first quarter of 2013, officially launching a third-party publishing unit in March and unveiling a $50mm fund in April to help Asian developers access Western markets. Kabam’s publishing activities leverage not only the company’s abundant coffers but also its marketing expertise and game and analytics platforms.

While both King and Kabam are well-positioned for an IPO in the coming 9-18 months, King’s management has made more and stronger public overtures and generally expressed interest more ostentatiously. King’s CEO, Riccard Zacconi, has stated previously that the sequence of events leading to an eventual IPO will be catalyzed contingent on effective “execution” in 2013. Certainly the success of Candy Crush Saga — which, with a rough comparison to Supercell’s combined gross daily revenue of $2.4mm from Hay Day and Clash of Clans, is likely generating between $1.5 – 2mm in gross revenue per day — would surely be classified as effective execution.

But the ultimate demonstration to public markets of readiness for an IPO, for both companies, may be performance in Asia — and it is here that Kabam, given its publishing unit, its experience with core games, and its studio in China, may be better positioned to excel.