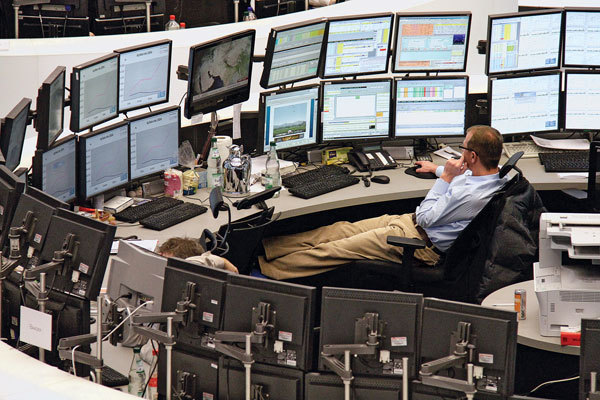 Glu Mobile held its Q3 earnings call on October 30th. The tone of the call was upbeat; Glu’s recent title, Deer Hunter 2014, has held a leading position in the App Store for both the Top Free Downloaded and Top Grossing charts since launching on September 17th.

Some other interesting data points from Glu’s earnings call:

These numbers don’t, at first blush, paint the picture of a product portfolio that’s exceptionally dominated (in terms of revenue) by a small number of titles; with its five largest titles generating only slightly more than half of total revenues, Glu’s business appears reasonably diversified.

And given better-than-expected Q3 results, Glu’s earning call – which highlighted a robust product roadmap for Q1 2014 – alluded to a reversal in fortunes for the company, providing revenue guidance for the 4th quarter in the range of $31.5 – $32.5, representing quarter-over-quarter growth of 44%.

Why, then, in the two days following the call, did Glu’s stock price drop by nearly 14% from its October 29th closing price of $3.91? 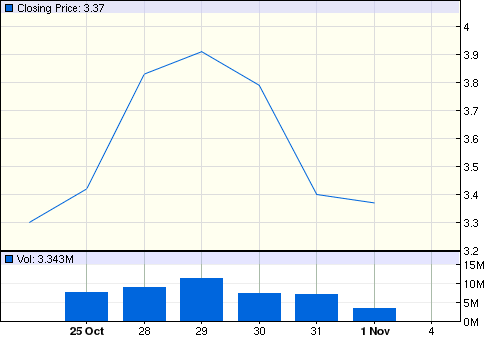 Normalizing the revenue generated by Glu’s non-Deer Hunter 2014 titles for the quarter, Deer Hunter 2014 – which delivered, on average, $178.5K per day after launch in Q3 – represents nearly half of daily revenues from September 17th through the end of the quarter. 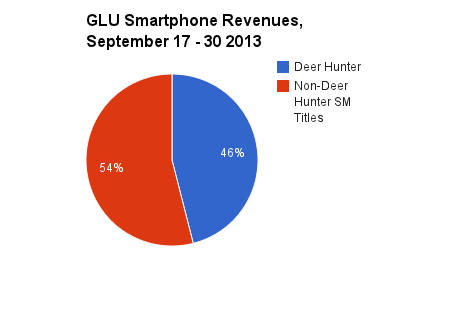 What’s more, Glu recognized sales and marketing expenditure in its 10-Q of $5.36MM – or nearly double the revenue generated by Deer Hunter 2014. Given that all of Glu’s first-party releases in Q3 generated 18% of revenues – or 6% more than what Deer Hunter 2014 generated alone – it can safely be assumed that the majority of that marketing expense was dedicated to achieving and maintaining chart position for Deer Hunter.

This is the public markets paradox for free-to-play gaming companies, a trap in which nothing but astronomical hit game revenues can move a stock price upward.

Free-to-play gaming returns are hit-driven: companies pursue a portfolio of projects in the hope that one or two of them per year will break out and make up for the development costs of the remainder. But for public free-to-play gaming companies, the magnitude of the hit determines the direction of stock movement. “Lesser hits” – or hit games that don’t shift aggregate revenues by an order of magnitude but still make up a significant proportion of the company’s total revenues – are punished following earnings reports.

Glu’s problem in this regard could be the perception that it is stuck in a vicious cycle of lesser hits: Deer Hunter 2014 broke out, but only with the assistance of a massive marketing campaign that can’t be deemed profitable based only on the company’s Q3 10-Q, and not in a meaningful enough way to fundamentally alter the state of the company’s balance sheet and provide operational security for the next 1-2 years.

Had Deer Hunter magnified the company’s total daily revenues by 10, drastically altering Glu’s medium-term growth prospects and ability to invest in new projects, the public may have responded differently to Glu’s stock. But because Deer Hunter 2014 “merely” doubled total daily revenue, Glu can’t be seen to have entered onto a different trajectory than that which it has occupied since the growth of its quarterly net losses began accelerating a year ago, in Q3 2012.