Silicon Valley and the geographic distribution of hit mobile games

Silicon Valley is the irrefutable world capital of the consumer technology industry; the region consistently tops lists of geographic hubs of world innovation, and it is the reason that nicknames for smaller hubs generally take the form of “Silicon X” (where X is some feature of the area’s landscape, eg. Austin, Texas as Silicon Hills or New York City as Silicon Alley).

But Silicon Valley developers are conspicuously absent from lists of Top Grossing mobile game developers. App Annie recently released a 2015 mobile industry retrospective in which it broke down the mobile app economy over the past year by downloads and revenue across geography and app type. What the retrospective reveals is that, while Silicon Valley companies lead the overall app economy, the leading companies in the Games category are much more broadly distributed, geographically. 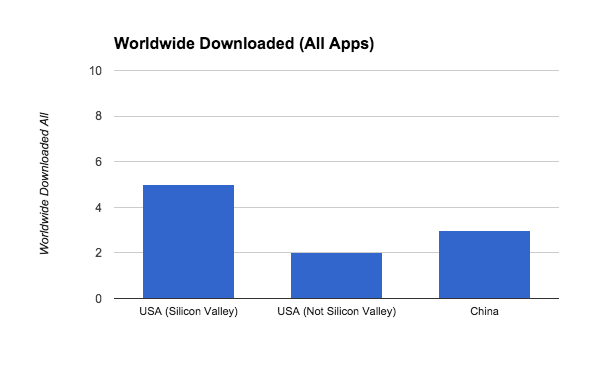 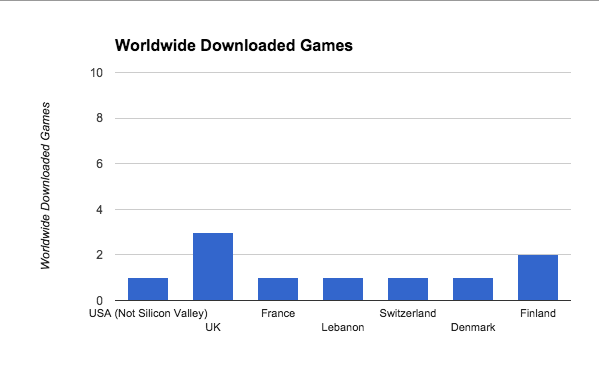 For worldwide revenues across all apps, 20% of the top revenue-generating apps were developed by companies based in Silicon Valley (50% in the entire US): 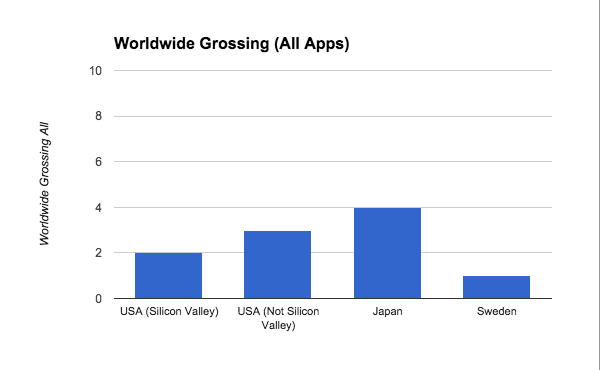 But for just games, the representation shrinks to 10%: 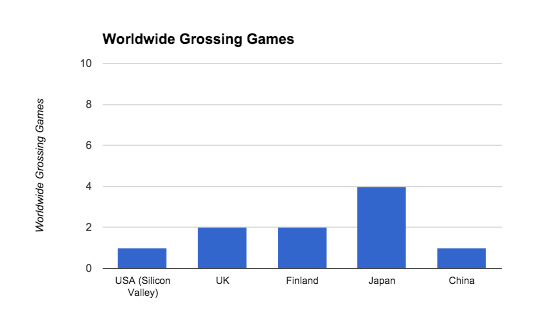 The charts above depict performance for individual apps, not the companies that made them. When revenue performance is grouped by company (eg. the companies generating the most money and downloads in the app economy), Silicon Valley is better represented at 20%, but it’s still nowhere near a majority: 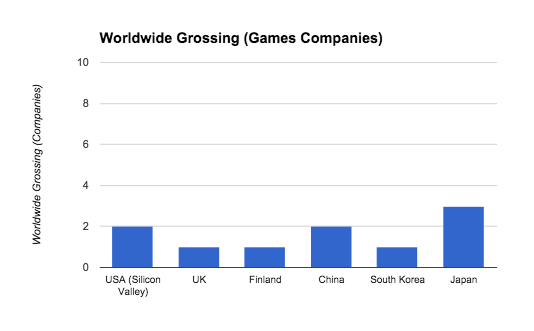 Performance in the US 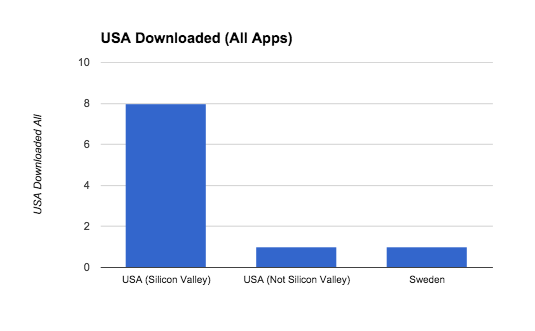 But for games, none of the top downloaded apps were developed by companies based in Silicon Valley: 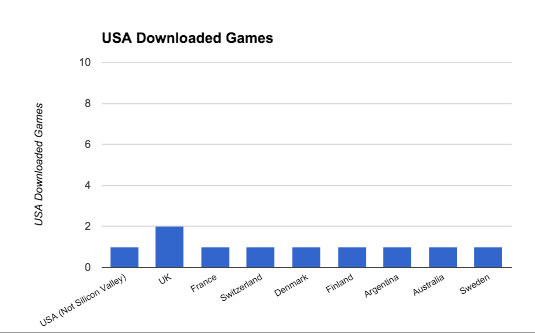 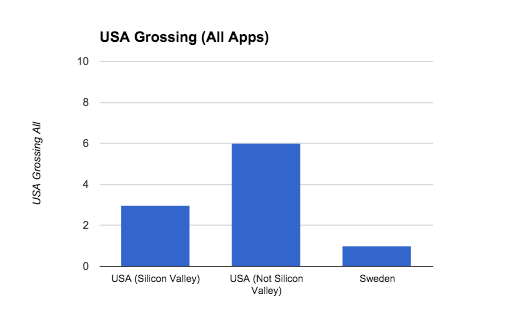 But for games, that number drops to 10%: 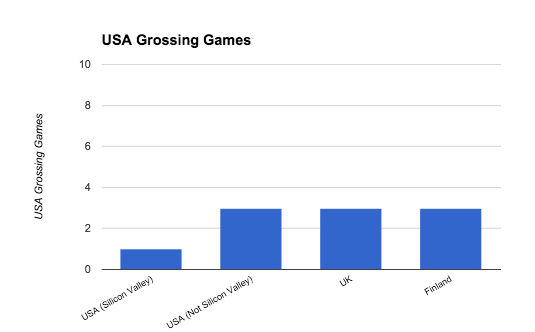 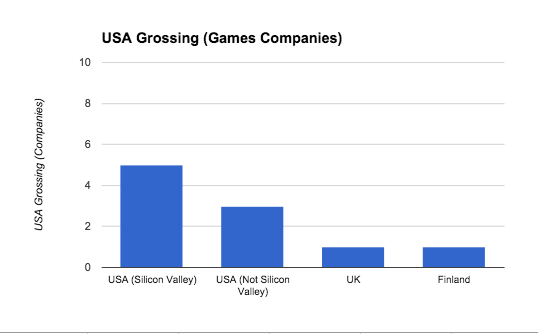 What explains this discrepancy — why companies based in Silicon Valley dominate the overall app economy but produce a much smaller proportion of hit games?

One possible reason is the relative dearth of well-paid opportunities in non-gaming software companies outside of Silicon Valley. A recent study by Berlin-based IT recruiting platform Honeypot revealed that the annual salary range for a mobile developer in Berlin (hailed by many as an up-and-coming world start-up capital) with 3-5 years of experience is €50,000 – 60,500; in Helsinki, the average software developer’s salary is €40,000, and in Stockholm (via a Hacker News thread on the subject) it appears to be about €50,000. In San Francisco, the average software developer earns ca. $103,000 (€95,000) per year.

The reason for the smaller number of hit games coming out of Silicon Valley (compared to other hit apps) could simply be that fewer mobile gaming studios are started there because other, better-paid jobs are more readily available to developers.

Of course, the same argument could be made a different way from the perspective of cost of living: because Silicon Valley is such an expensive place to live, perhaps many developers there simply have no choice but to take high paying jobs. And because VC investment into mobile gaming start-ups has declined from its peak during the free-to-play boom and is generally deployed in lower volumes than for other consumer tech verticals on mobile, it makes sense that relatively fewer mobile gaming companies exist that can pay such high salaries.

Of course, any number of other reasons could explain the strange exception of mobile gaming in Silicon Valley’s consumer tech preeminence: that success in “mobile gaming” requires equal parts knowledge of mobile and knowledge of gaming, and video games industries with long and storied histories in eg. the UK, Finland, and Sweden are home to games industry veterans with decades of production experience. Or that the biggest game developers in Silicon Valley are focused more on creating platforms and large portfolios of games than they are individual hits (which would explain the presence of eg. Kabam, Glu, and Zynga on the revenue by company charts but not on the revenue by app charts, although revenues for those companies are driven largely by legacy titles).

Whatever the case, it’s interesting to note how Silicon Valley dominates much of the app economy but doesn’t lead the gaming category.