At 8 snaps per DAU, Snapchat's $4BN valuation is high but not absurd 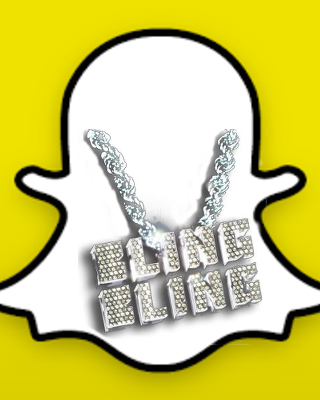 After news broke of Snapchat’s rejection of an all-cash, $3 billion acquisition offer from Facebook — and was subsequently followed by word that Chinese media conglomerate Tencent had offered to lead an investment round at a valuation of $4 billion into the company, as well as with an unconfirmed rumor that Google had offered $4 billion for Snapchat in response to Facebook’s bid – much pointless pontification took place, analyzing the validity of the valuation and whether Snapchat should have accepted Facebook’s (or Google’s) acquisition solicitation.

Whether or not the executives of Snapchat were wise or foolish to rebuff such exorbitant prices for its service is now moot; what’s important to examine in considering Snapchat’s valuation is how, exactly, it can convert its user base into revenue, which it has yet to generate in its two years of existence.

Snapchat has been cautious about releasing usage metrics, but nonetheless a few data points have escaped its corporate gravitational pull:

A more complete (albeit inexact and somewhat arbitrary) picture of Snapchat’s user base can be painted by extrapolating out the data points above against Twitter’s user base metrics, which have been slowly revealed in its series of SEC filings.

In its most recent S-1 Amendment, filed on November 4th, Twitter revealed that its worldwide MAUs have reached 232MM, its DAUs have reached 100MM, and that 168.7BN timeline views take place each quarter. It also revealed that its adjusted worldwide average eCPM for timeline views was $0.97, up from $0.80 a quarter earlier (when it filed its initial S-1). In Q3, Twitter earned $153.4MM in advertising revenue, up from $121MM in Q2. Twitter’s Q3 revenue annualizes to a yearly run rate of $613.7MM.

The most important of the estimates are:

A $4BN valuation for Snapchat (29x the estimated annualized revenue above) is extremely high, even for a growth company, but not wholly unreasonable given these metrics — assuming the service’s remarkable user base expansion doesn’t soon slow. Twitter’s market cap soared to $24BN in its stock’s first day of trading, and its current market cap is $22.3BN; that is 5.6 times $4BN, whereas Twitter’s annualized ad revenue is only 4.4 times Snapchat’s theoretical yearly revenue.

Of course, the word theoretical is important in this case, because Snapchat currently generates $0 in actual revenue, and any projections based on proxy metrics from Twitter are completely fictional. And Snapchat faces some serious obstacles to monetization:

That said, Snapchat’s known usage metrics are impressive, and if the service can maintain its steady growth clip, its valuation could potentially lurch ever further into the abyss of abstract billions.