The problem with mobile user acquisition, Part 1 of 2: The Law of Large Numbers 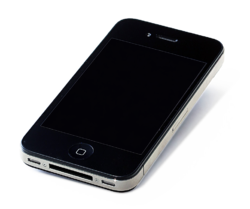 When a marketing manager buys a user from a mobile ad network, he knows exactly three things about his purchase:

And, depending on the network:

That’s not a lot of information; considering the role subjective taste plays in whether or not a person likes an app (especially a game), mobile acquisition purchases are essentially made blind.

I believe these odds are effectively unpredictable for a single user: when a mobile developer acquires a user, he cannot predict how much money that user will spend in his app. It’s random – or, put more precisely, the determinants of a user’s lifetime in-game spend are independent stochastic variables:

No mobile networks filter for these variables because these variables are not measurable (the last variable can be measured by proxy of past spend, but this data isn’t available when a user is purchased from a network).

And most importantly: Is LCV by channel a knowable metric?

It is, and I do believe certain channels provide appreciably higher-LCV users than others – but no individual developer has the capacity to calculate LCV by channel with any precision. Why? Three reasons:

The mobile networks could ameliorate this problem with mobile user acquisition by publishing more information about their pools of users; they won’t, because this information asymmetry fosters a Heads I win, Tails you lose dynamic with developers.