The problem with mobile user acquisition, Part 2 of 2: Adverse Selection

As mentioned in the first post on this topic, a marketing manager knows only a few things about a user acquired from a mobile user acquisition network; one of those things is that the user was put up for sale.

It’s not hard to imagine the circumstances under which an app developer would be willing to “sell” a user of its app by showing him an ad that leads to another app:

The first case represents more developers, but the second case represents more users; that is, the majority of users cross-promoted through mobile acquisition networks are done so through the apps with the largest userbases – by the developers that have the most resources to analyze user behavior and predilection for purchasing.

In other words, users bought from mobile acquisition networks were sold to those networks precisely because they were considered to have a low probability of generating revenue. This is known as adverse selection: the information asymmetry between buyers and sellers of users produces a situation where the users being sold are the ones least likely to be of value.

But shouldn’t this problem be corrected by an open market – ie, shouldn’t demand for users on these markets be dictated by the value that they provide, thus setting CPAs at a market clearing price under equilibrium?

It should be, but it hasn’t been, and I don’t think it will be anytime soon, because buyers within this system do not act rationally. As mentioned in the first post, a developer dependent on acquisition networks for users (ie a developer whose app isn’t experiencing organic or viral growth) has no choice but to continue to buy users once it has started, whether or not the quality of those users is high. It also may not be able to distinguish between bad users and a bad app that doesn’t monetize; but in either case, the developer cannot do anything to allay its dependency on paid acquisition until it has fixed its app through iteration cycles.

And that’s assuming the app developer considers the possibility that its app fundamentally does not convert well (as opposed to its acquired traffic being of low quality). Many indie developers don’t have the analytics infrastructure to constantly iterate and test improvements to game mechanics – if they don’t, and they believe the traffic is to blame, they have no option but to continue to acquire paid users in the hopes that the quality will improve. 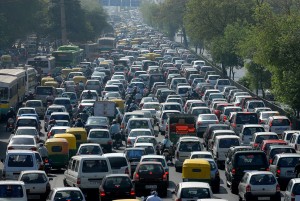 And even when the developer does have the ability for continuous improvement, it cannot stop acquiring users unless the game reaches extreme virality (but even the largest developers with the most viral games acquire users to seed new cohorts when CPIs are below their calculated LCV levels).

The point is, users available to be acquired on mobile networks are a blend of non-converting users from apps published by savvy developers, and users randomly sold from apps by developers that have no analytics systems – and this blend is not revealed by the acquisition networks. A developer is blindly reaching its hand into a bucket of bad and possibly bad apples when it buys from an acquisition network; no matter what he grabs, odds are good he won’t like the taste.