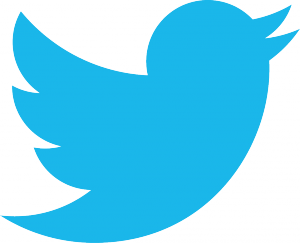 In late April 2014, Twitter announced it would be launching an integrated platform, ads.twitter.com, to allow mobile advertisers to manage campaigns across both the mobile Twitter client and its MoPub network, which it acquired in September 2013. Twitter’s announcement of in-client mobile app install ads was not a surprise; given Facebook’s remarkable success in generating revenue from its mobile app installs ads, many app publishers have developed their own mobile ad units to tap into surging demand for ad inventory on mobile.

Twitter does not regularly release data about its usage patterns on mobile versus desktop – the last time it did so was in its most recent quarterly filing, in which it revealed that mobile monthly active users (MAUs) on the service reached 198MM, or 78% of total MAUs. While impressive, this number falls significantly short of Facebook’s 341MM mobile only MAUs (users that use Facebook exclusively on a mobile device), not to mention its 1BN mobile MAUs.

While Twitter mobile install ads are no doubt an enticing opportunity for mobile advertisers, Twitter may face difficulties in generating the kind of business-altering revenues from mobile advertising that Facebook has achieved. Twitter’s troubles are summarized here in three charts (on each, the right-hand axis represents the global metric and the left-hand axis represents the US and international metrics):

Twitter’s MAU growth is driven primarily outside of the US

While Twitter’s MAUs continue to grow – according to its Q1 2014 filing, global MAUs grew by 5.81% from Q4 2013 – the overwhelming majority of that growth (nearly 79% over the last quarter) is from markets outside of the US. 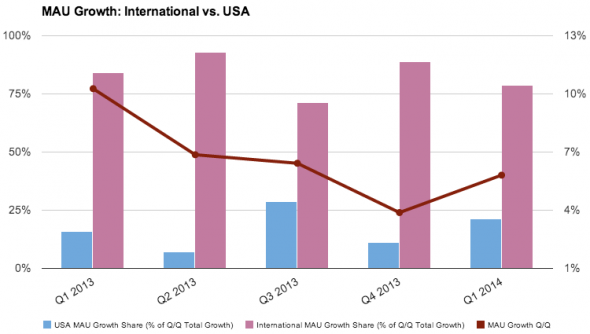 Engagement is decreasing on Twitter – especially outside of the US

Engagement is decreasing in the non-US markets driving the majority of Twitter’s user base growth. Twitter’s engagement metric, Timeline Views per MAU, was flat globally over the last quarter at less than one percent, but it has been negative outside of the US on a quarter-to-quarter basis since Q2 2013. 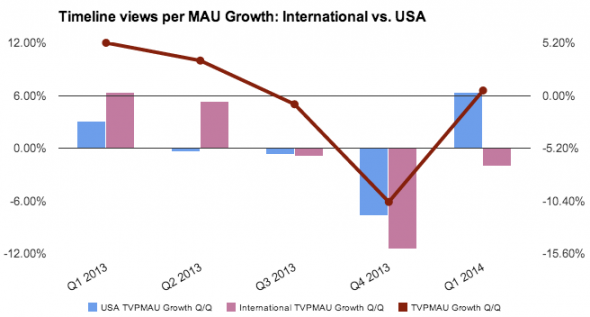 Twitter’s ad revenues outside of the US are very low 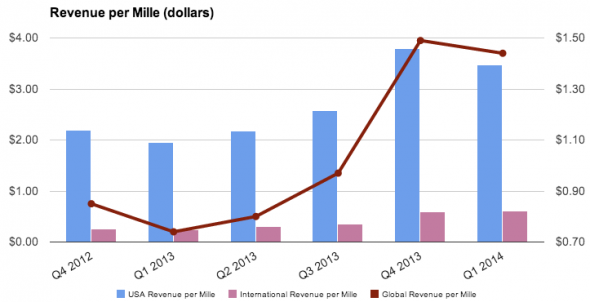 The confluence of these factors – concentration of growth outside of the US, where engagement and especially RPMs are lower than in the US – could pose difficulties for Twitter’s mobile advertising ambitions. While smartphone penetration growth is higher outside of the US than in it – North America is projected to receive only 11.2% of global smartphone shipments in 2017 — the US still represents a large proportion of total worldwide mobile ad spending: eMarketer projects that in 2016, the US will still reap nearly 60% of global mobile ad spend.

While any number of factors  could be the source of Twitter’s slowing MAU growth and dip in engagement – and there is no shortage of theories as to what those factors are — the ultimate result of Twitter’s lackadaisical last few quarters will likely be a less profound impact on revenues from mobile install ads than that which Facebook engineered over the past year.