Two developers made 14% of mobile app revenues in 2014 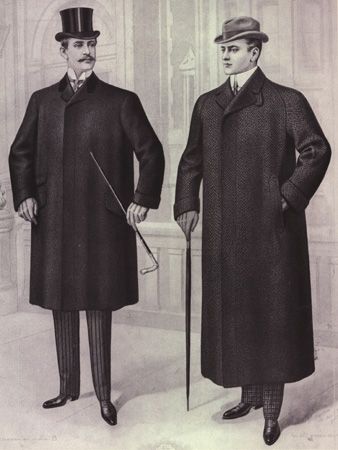 Both Apple and Google this year revealed information about the amount of money they have paid out to developers (ie. disbursements to developers, minus the 30% platform fee each company charges) in 2014 that supports the notion of mobile as a winner-takes-all ecosystem, with massively skewed returns to developers.

At WWDC in June, Apple revealed that it had paid out $30BN to developers since the App Store’s inception in 2009. At WWDC in 2014, that same number was $20BN, implying that $10BN was paid out in the subsequent 12 months (or from mid-year 2014 to mid-year 2015). It’s interesting to note that Apple announced a yearly payout of $10BN at WWDC 2014, which indicates flat App Store sales.

These numbers roll up to a total of $24.286BN in annualized app revenue across the App Store and Google Play (although Apple’s numbers aren’t for the 2014 calendar year, applying its $10BN payout to 2014 doesn’t seem unreasonable given it announced flat App Store sales at WWDC 2015).

Two key insights can be gleaned from this data:

1) Direct app revenues comprise very small proportions of total revenues for both companies, supporting the idea that each platform operator sees its app economy as a means of supporting its core business (Apple: hardware, Google: data and advertising) rather than an important revenue stream in its own right. Apple’s platform fee cut of App Store revenues in 2014 represents a paltry 1.85% of annualized Q1 2015 revenues; Google’s cut of Google Play revenues in 2014 represents 4.35% of annualized Q1 2015 revenues (although Google Play revenue announcements have consistently increased since the company began making them in 2013). 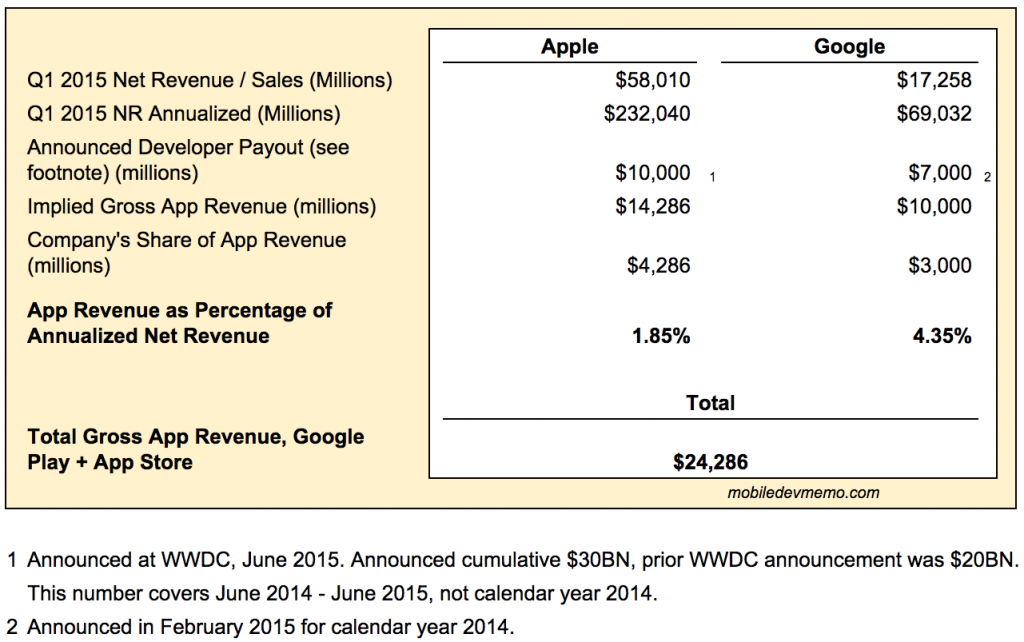 2) Since both King Digital and Supercell, the developers behind perennial Top Grossing competitors Candy Crush Saga and Clash of Clans, report their financial results, the percentage of total app economy market share the two companies control can be estimated; the conclusion is a considerable 14%. 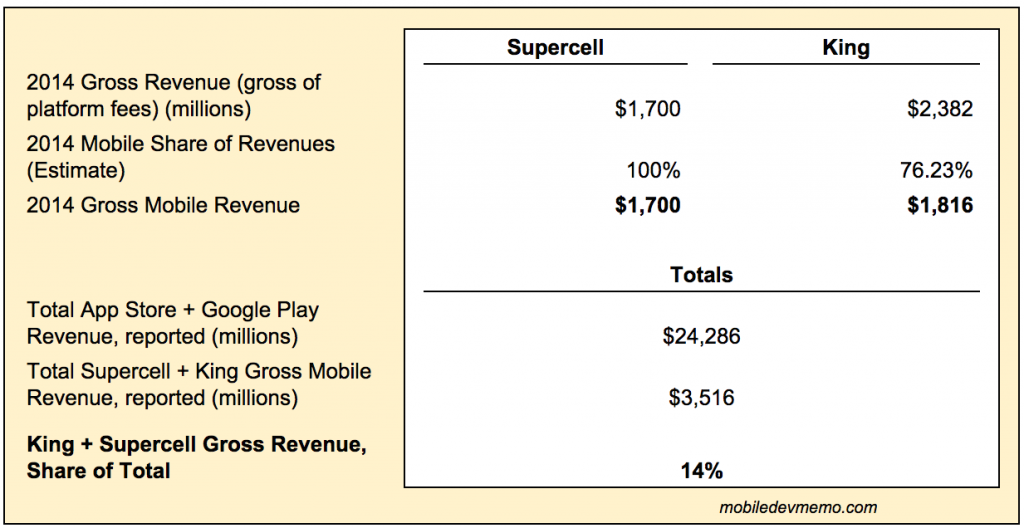 Some notes on these numbers:

– The share of King’s gross bookings generated on mobile comes from this presentation (pg. 6).

– Google’s developer payout numbers don’t include revenue generated on Android devices in China, where both King and Supercell have publishing deals in place.

– These numbers don’t include revenues generated on other platforms (eg. Windows Phone) and are thus not representative of the total mobile economy.

– King famously removed ads from its mobile games in 2013, but Supercell’s reported revenue is a combination of in-app purchases and advertising. It’s impossible to know what percentage of Supercell’s revenues are generated by ads, so the numbers are left blended for rhetorical effect.