The marketing divide between Android and iOS is growing 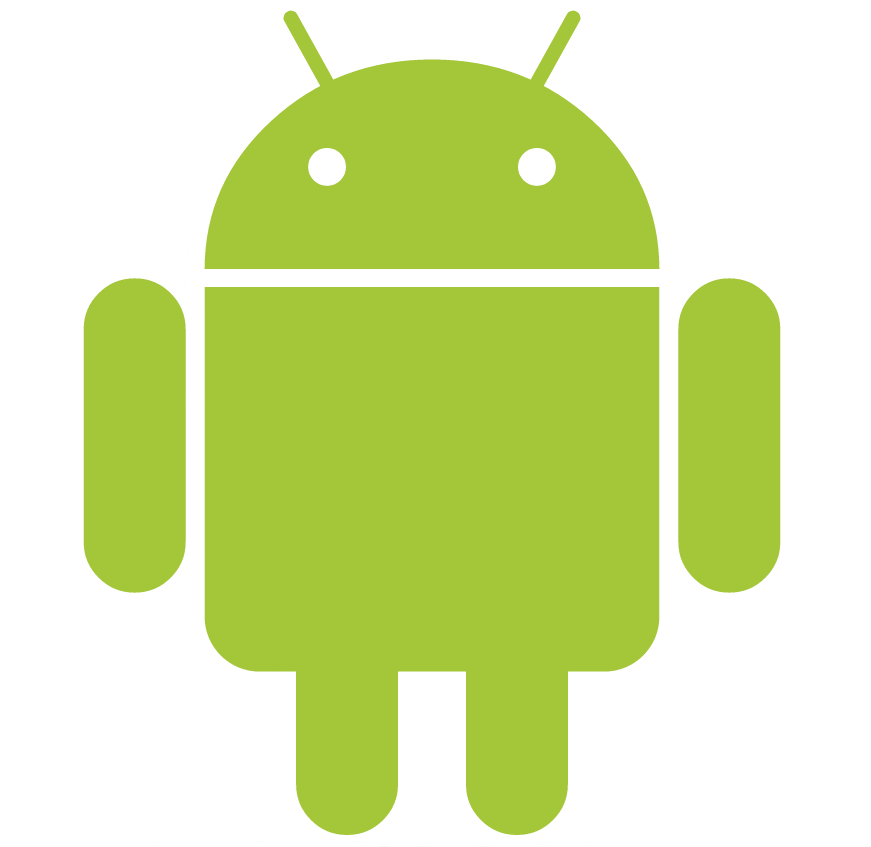 Last week, MoPub — which operates one of the largest mobile real-time bidding exchanges and was recently acquired by Twitter — released its quarterly Mobile Advertising Insights report for Q3 of 2013.

Among the report’s revelations are that eCPM prices in Q3 reached near-all time highs, having increased 9% from the previous quarter. The report also states that bidding activity on the exchange didn’t increase over the summer months, as normally happens.

But perhaps the most interesting take-away from the report was that the gap between eCPMs on iOS and Android (ie, the average adjusted cost of showing an ad to 1,000 mobile users) actually widened, defying a well-established trend wherein marketing (and thus, user acquisition) prices on Android had steadily increased toward parity with those on iOS. In Q3 2013, however, MoPub reports the average eCPM for Android devices as having fallen by $0.07, or nearly 8%, from the previous quarter, whereas the average eCPM for iOS devices rose to $1.13 from $1.06, or nearly 7%.

Android and iOS eCPMs from April 2012 through September 2013 are visualized below (source: MoPub): 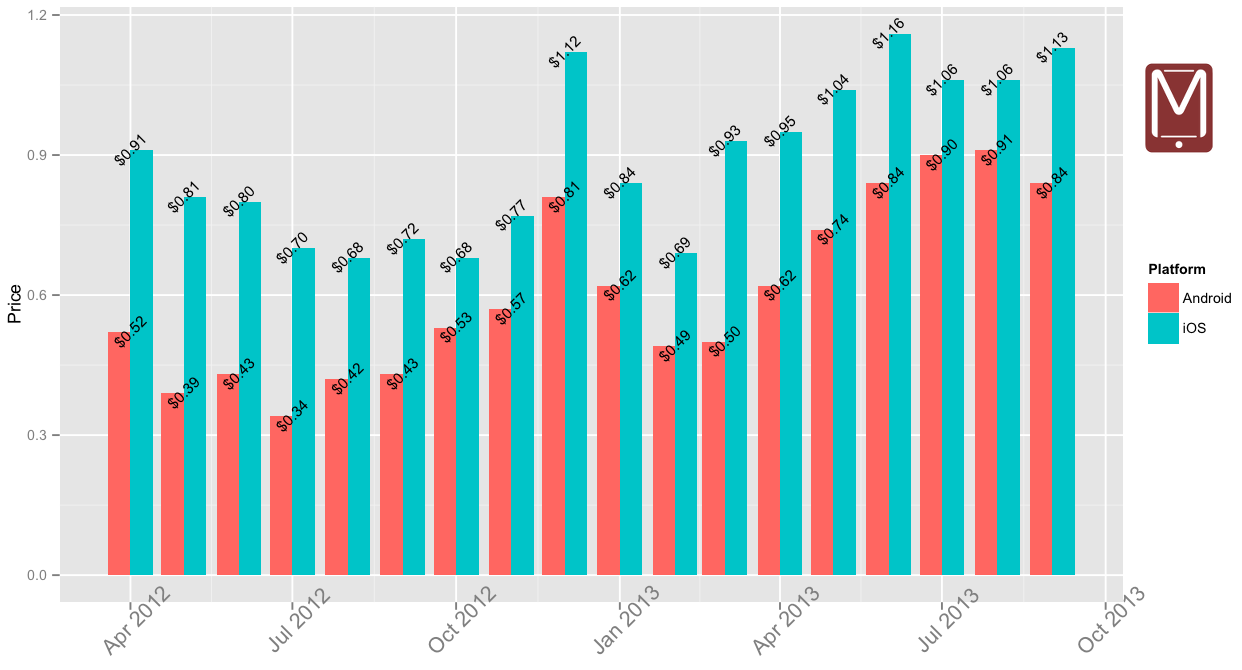 If this reversal in Android eCPM price growth persists, it is unlikely that advertising rates on Android and iOS will reach parity in 2014, even as Android’s lead over iOS in terms of market share continues to grow: in August, it was reported that Android powered 80% of all new smartphone shipments.

Based on the eCPMs from April 2012 through September 2013, by October 2014, Android will still be 11% cheaper to advertise on than iOS (this data is available in .csv format here):

This development is almost certainly due to stratification of the Android market.

Android remains deeply fragmented in terms of device power and screen resolution. Although Samsung has expanded its reach to nearly half of all Android devices, that share is made up of a dizzying number of phones and tablets. And the remaining (just more than) 50% of market share is split between a plurality of manufacturers.

Such fragmentation wreaks havoc on marketing target-ability, adding dimensions of both complexity and uncertainty into the advertising process. And given the very wide spectrum of quality that Android phones exist across, marketing to users blindly, without knowledge of their device, reduces the ability of a marketer to use LTV segmentation models to achieve profitable campaigns.

Facebook ameliorates this problem somewhat by allowing advertisers to target users based on the make of their phone (see below), but this doesn’t provide guidance into which phone within that manufacturer’s portfolio the ad will be seen on (which has significant implications for monetization).

Some networks allow advertisers to target specific device models, but even when this option is available, the sheer number of devices in the Android ecosystem renders the LTV estimation process not only onerous but unreliable: distributing a user base across a large number of devices reduces the sample size for each device, diminishing the statistical robustness of any conclusions drawn from it.

Up until this quarter, it seemed as though Android’s progress against iOS’ primacy in terms of ad volume would continue unabated. But the opacity of the Android ecosystem may be repelling marketing spend; although the profiles of users with high-end Android devices like the HTC One and the upcoming Nexus 5 may be similar to those of users with iPhones, since targeting those users specifically and exactly is difficult (and, on some networks, impossible), optimizing marketing spend on Android is inhibited, likely driving up overall per-user acquisition costs to developers (and thus reducing total spend).

Likewise, the monetization gulf separating the two platforms could finally be materializing in a lack of competition for users on Android. The notion that the monetization gap between Android and iOS would eventually close has been asserted for years; it could be that it simply won’t.