App store discovery is not broken 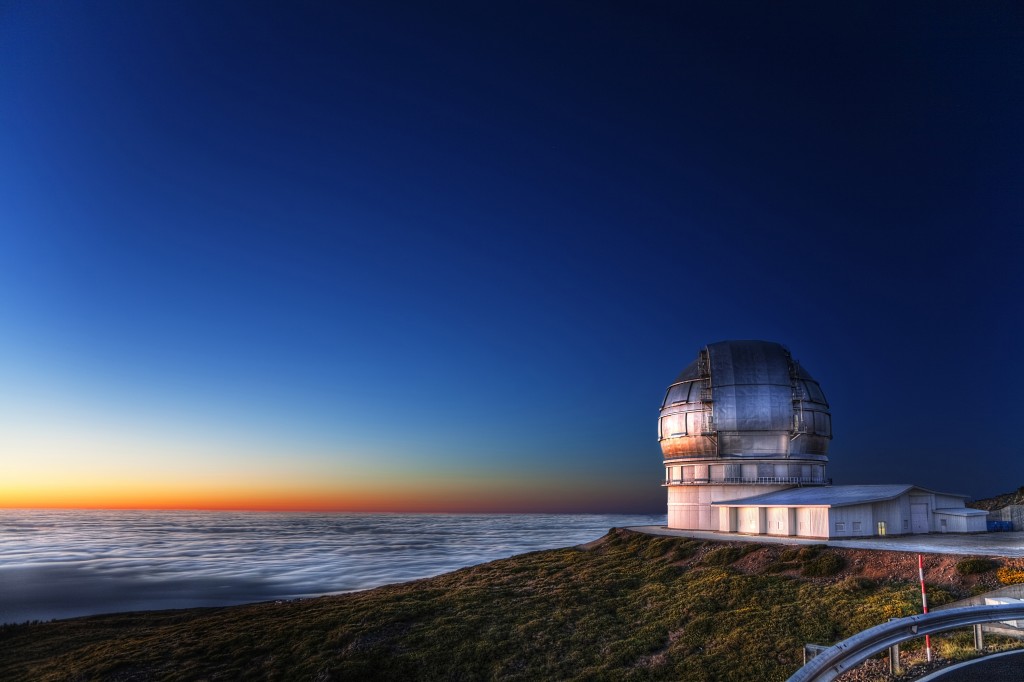 VisionMobile’s quarterly developer survey in July 2014 revealed that the majority of mobile apps aren’t commercially viable: 50% of app developers make less than $500 per month in revenue. Some other interesting revenue statistics revealed in the report: 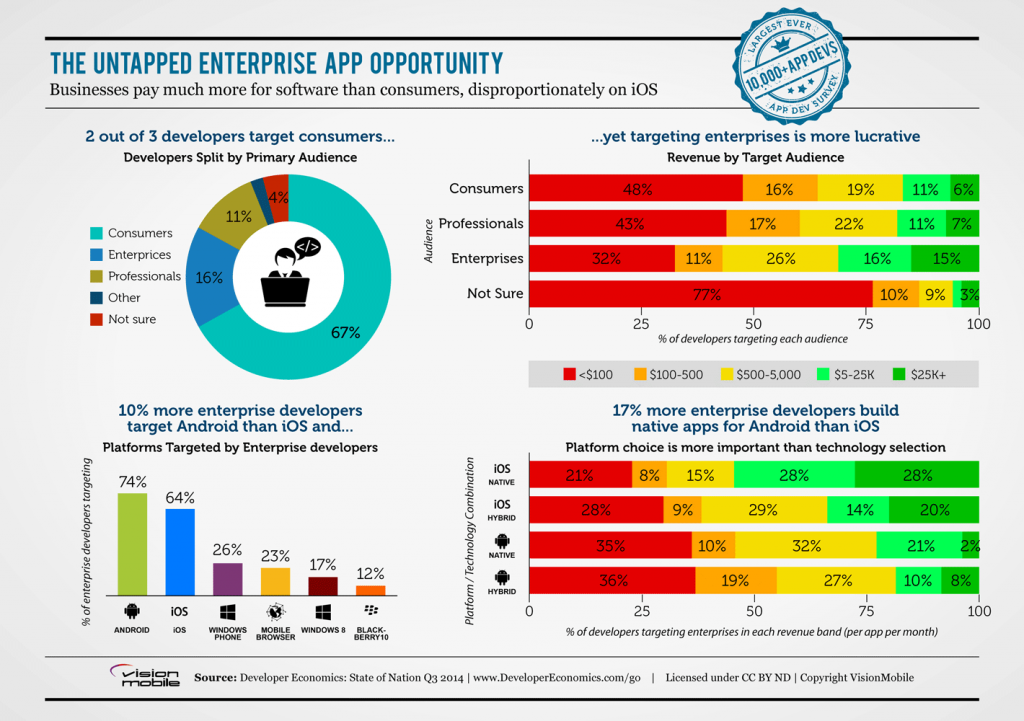 This is fascinating insight into the nature of the app economy, characterized by a revenue distribution that is heavily skewed to the top firms and which rapidly declines into a long tail. A common refrain used to describe this distribution is that “app store discovery is broken”, implying that revenues might be more evenly distributed if consumers were able to find apps with more precision.

There are three problems with this argument. The first is that, according to the VisionMobile report, only 23% of app developers release apps with the explicit intention of generating maximum app store revenues — VisionMobile classifies this group as “Hunters”. VisionMobile identifies another group of professional app developers as “Guns for Hire”, or app developers that create apps for other businesses on contract. 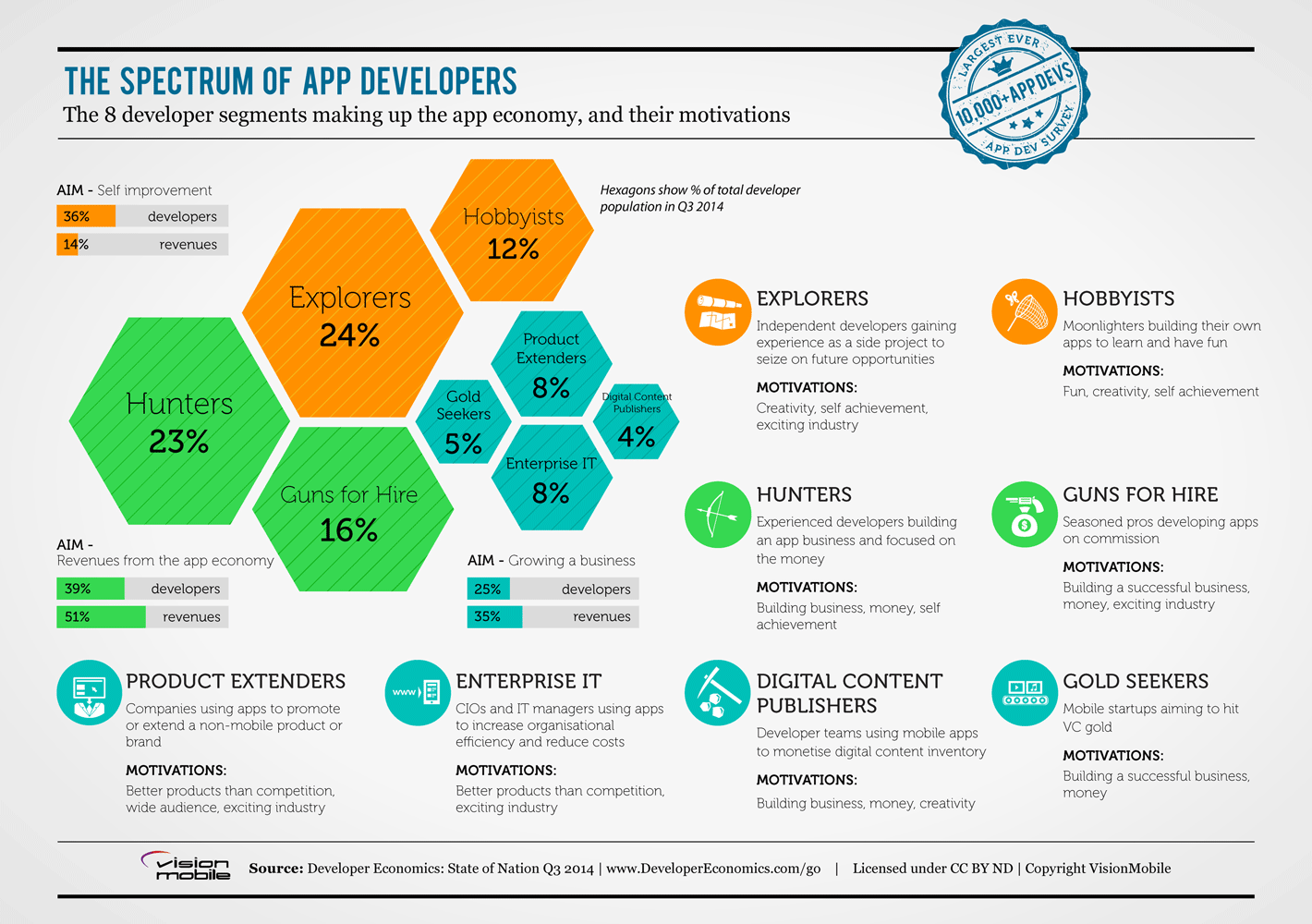 The picture of sustainability changes when the idea that 77% of app developers aren’t earnestly pursuing a sustainable business is considered. Most app developers don’t make a living through their apps, but most aren’t trying to.

The second problem with this argument is that it implies that marketing isn’t a form of app discovery; that in an app ecosystem populated by more than 2MM apps across Google Play and Apple’s App Store, all apps should be equally visible and serendipitously “discoverable”.

This isn’t how these app platforms were designed to facilitate discovery; if they were, there would be no app featuring, and app install ads would not be possible. Marketing is as viable of a mechanism for app “discovery” as search or word of mouth; implicit in an app developer’s large marketing campaign is that its app both monetizes beyond marketing costs and is broadly appealing. King, the developer of Candy Crush Saga, spent $400MM on marketing on $1.88BN in revenue in 2013; surely King wouldn’t agree that app store discovery is broken.

And the third problem with the “app store discovery is broken” argument is that it ignores the fact that all markets with low barriers to entry (“perfect competition” in practice, not in the abstract) take the form of a long-tail, “winner take all” distribution.

In the March 2005 edition of the Journal of Economics & Management Strategy, Thomas Noe and Geoffrey Parker, both from Tulane University, described the state of the post-bubble internet ecosystem in a paper called Winner Take All: Competition, Strategy, and the Structure of Returns in the Internet Economy as:

The Internet economy is characterized by heavy expenditures on marketing and advertising, fierce competition, a few firms earning large returns with most incurring losses…However, these large expenditures on advertising and site development have frequently generated insignificant returns except to a few big winners. In pioneering academic studies of the real returns from Internet investment, Hand (2001, 2003b) documents reliably positive value generation from Internet marketing expenditures only for the largest spenders. Hand also documents significantly increasing returns to scale for the value of brand intangibles. In short, profitability is confined to a very small number of Internet winners. In fact, Hand (2003a) shows that increasing returns to brand-intangible expenditures are so large that for Internet firms expenditures can be inversely priced by financial markets, with valuation positively related to expenditures. As a sign of wider acceptance, practitioners have begun to use the paradigm of winner-take all Internet competition to predict the evolution of emerging internet markets.

Though structural differences do exist between the internet economy at the time of the paper’s release (2005) and the app economy of today, the factors being analyzed are fundamentally consistent across both:

We model a market in which Website investments are sunk, marginal costs of increased patronage are trivial, tolls are not charged for site access, site patrons face zero site-switching costs, and patronage is highly sensitive to site quality.

No one asserts that “discovery” is broken on the web because a few websites generate outsized returns relative to the entire internet; it’s similarly absurd to contend that app store discovery is broken because such is true for mobile apps. That the app economy, with its low barrier to entry and zero marginal distribution costs, is “winner-take all” is not a criticism but a statement of fact; the app economy was designed to be winner-take all, as are all low-barrier marketplaces.