The benefits of low conversion in freemium 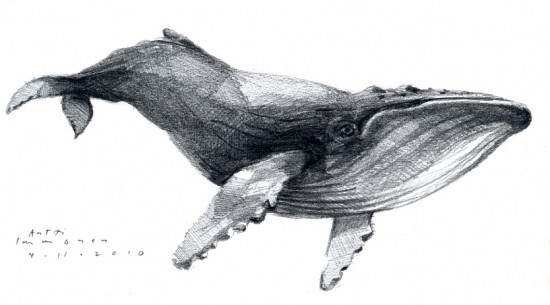 But increased scale offers economic benefits – beyond direct monetization — over the alternative that may often be ignored in freemium product analysis yet which can profoundly impact the amount of revenue generated by a product.

Network effects provide two advantages to a larger user base (relative to a smaller one) for social products and products that rely on user-generated content. The first benefit is that larger user bases are more difficult to erode by competitors than smaller ones as the value proposition of such products is often at least partially dependent on the presence of users. Put another way, if a product is valuable in part because many people use it (a social network, restaurant review app, etc.), then even a technically superior product can’t easily capture market share simply by entering the market.

The second benefit delivered by networks effects is somewhat of an inversion of the first: by developing a large user base, a product deprives potential competitors of users to recruit. Assuming some overlap in the total addressable markets of the two products in the scenario above and an equal rate of acquisition (eg. both products are recruiting 10% of their total addressable markets per quarter), then the larger product is more likely to be eating away at the smaller product’s potential user base than vice versa.

In other words: given some product vertical that interests a limited number of potential users, the product with the broadest appeal will be acquiring a larger percentage of those users over time than its smaller competitor. Satisfied users don’t necessarily know that they might be even more satisfied with a different product, which is the difficulty inherent in stealing users away from another product. It is far easier to convince a person that a product addresses a known pain point than to convince them that they have a previously unknown pain point.

Larger user bases produce more data than smaller user bases; that data can be used to increase the effectiveness of user segmentation rule sets and algorithms, which are hindered by small user bases through the curse of dimensionality.

A large user base inspires more confidence in the value of various user segments (eg. users in the US on iPhones) than a smaller one by virtue of a better defined sense of that segment’s underlying distribution via the law of large numbers. In order for segments to be actionable with a smaller user base, the number of dimensions (effectively filters applied to a user base) must be decreased, limiting the ability of the developer to target the most valuable users in marketing campaigns.

Assuming that data from both payers and non-payers produces value from generating certainty and granularity over which segments should be targeted and, perhaps more importantly, which shouldn’t, then the benefits of data favor larger user bases.

When a developer presides over a portfolio of products between which users are fungible (ie. the products are related), cross-promotion becomes a viable strategy for a) directing users to the most appropriate property within the portfolio (monetization optimization) and b) increasing the number of properties through which a user monetizes (monetization expansion).

With monetization optimization, a developer can shift users to the products they’re most likely to become highly engaged in. The chief benefit of this is that, with a robust data set and thus more insight into what users enjoy, a developer can maximize the level of engagement of each user within the developer’s portfolio.

With monetization expansion, a developer aims to give a user the opportunity to engage with multiple products, possibly monetizing in more than one. The more users doing this, the more aggregate revenue is generated across the portfolio.

A somewhat hybrid benefit of monetization optimization and expansion is incurred in the presence of chart dynamics (such as on mobile, as in the Top Downloaded charts on the App Store and Google Play). When a developer presides over a large user base, it can use cross promotion from its existing products to achieve chart position rank for new ones. With a large enough total portfolio user base, a developer can significantly reduce its marketing expenditure for new launches (although cross promoting users from one product to another also bears the risk that the user engages with neither in the future).

Advertising as a revenue stream – and most often in freemium products, advertising is an incremental source of revenue that is dwarfed by the product’s revenue from in-product purchases – is wholly dependent on aggregate user base size, not conversion rate. Put another way: the more users a product has, the larger its potential advertising stream, irrespective of conversion rate.

And in fact, assuming that paying users are exempted from ads, a developer with a larger conversion rate would experience not only a smaller absolute number of users to which ads are shown but a smaller ratio of the user base (since non-payers represent a smaller overall proportion). So as conversion rate increases, the decrease in revenue from advertising accelerates.

Revenue is the ultimate goal

Ultimately, taken on their own absent greater context, both user base size (DAU, MAU, etc.) and conversion rate are vanity metrics that don’t speak to the success of a product. But the idiosyncrasies of freemium (no switching cost, continuous monetization curve, etc.) confer benefits to scale that need to be considered in the earliest stages of development, when a product’s total addressable market appeal is pliable. Optimizing conversion to reach a local maximum may fall short of what a broader product could achieve on the basis of the only metric that truly matters: revenue.