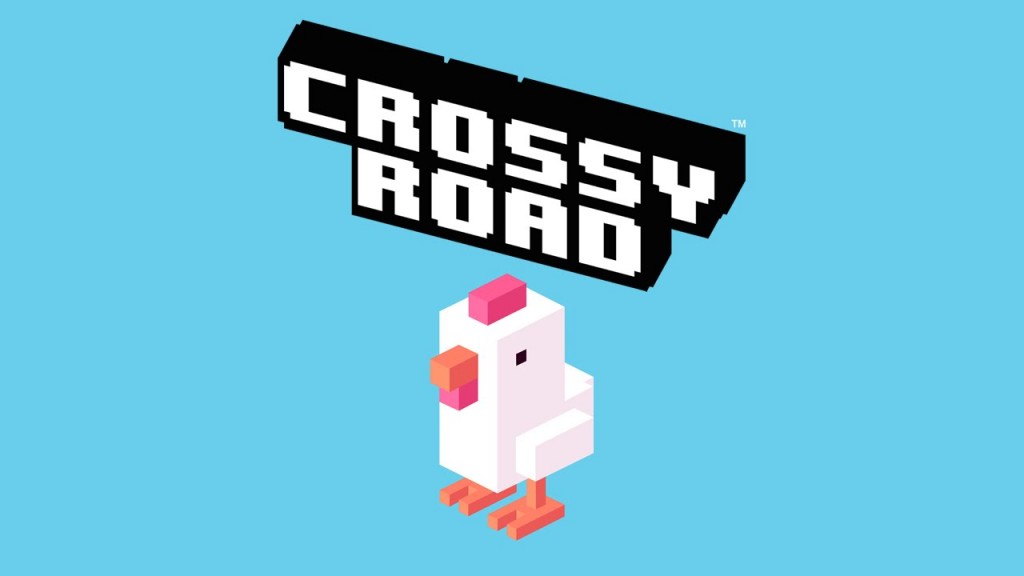 Crossy Road is a mobile game published to the App Store on November 20th, 2014 (and later on Google Play and the Amazon Appstore) by Hipster Whale, an Australian indie gaming studio. The game is a block-graphics version of Konami’s Frogger arcade game: players attempt to navigate their avatar across a seemingly never-ending landscape, avoiding moving obstacles and impassable terrain on the way.

In essence, the game is an endless runner, and like other mobile endless runners, it monetizes by allowing players to unlock additional characters with which to play the game. While all characters share the same movement characteristics – that is, no character is faster or jumps higher than any other – some characters change the aesthetics of the landscape when used. This article lists all available characters and their requirements for being unlocked. 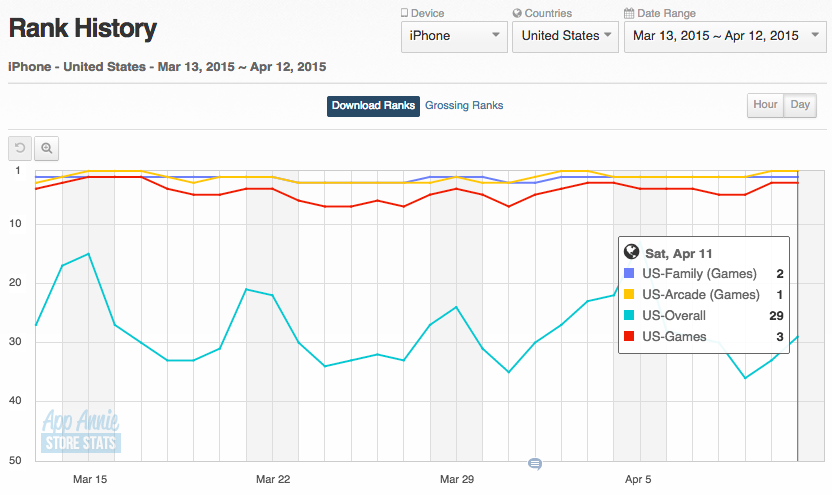 In terms of monetization, its performance on the Top Grossing chart has been less impressive: the game peaked at position #48 in early February and currently resides in position #113 (US / iPhone). 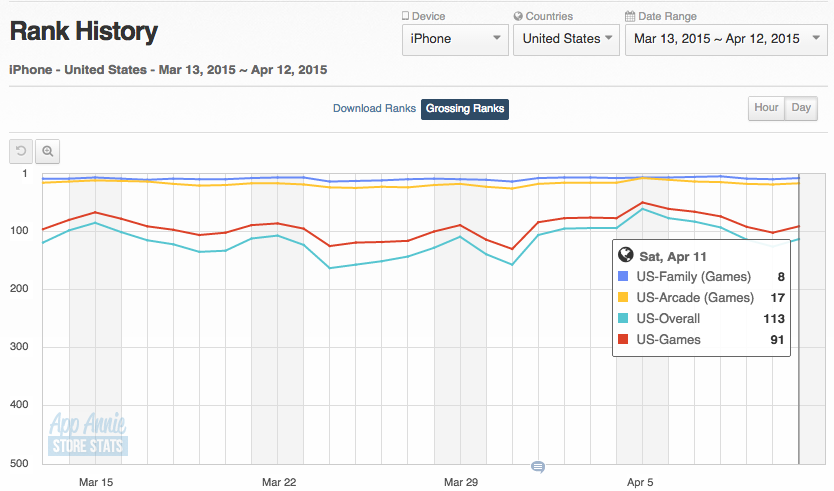 But, because the Top Grossing chart only tracks revenues from in-app purchases, it misses a huge component of Crossy Road’s income: video ads. The game’s developers claimed at this year’s GDC in March that the game had grossed $10MM since its release just 90 days prior; at the same conference, the head of Unity Ads claimed that it had generated $3MM of that revenue via the game’s video ad placements. The game’s developers had revealed in mid-January that the game had generated over $1MM in advertising revenue since launch.

Crossy Road’s ad implementation serves as a good case study in extremely deferential, light-handed advertising strategy. The game doesn’t feature an energy mechanic and imposes no time gates; players are given the ability to play the game endlessly in any given session, with the only timer in the game taking the form of a “free gift” of in-game currency that is delivered at increasingly-lengthening intervals. 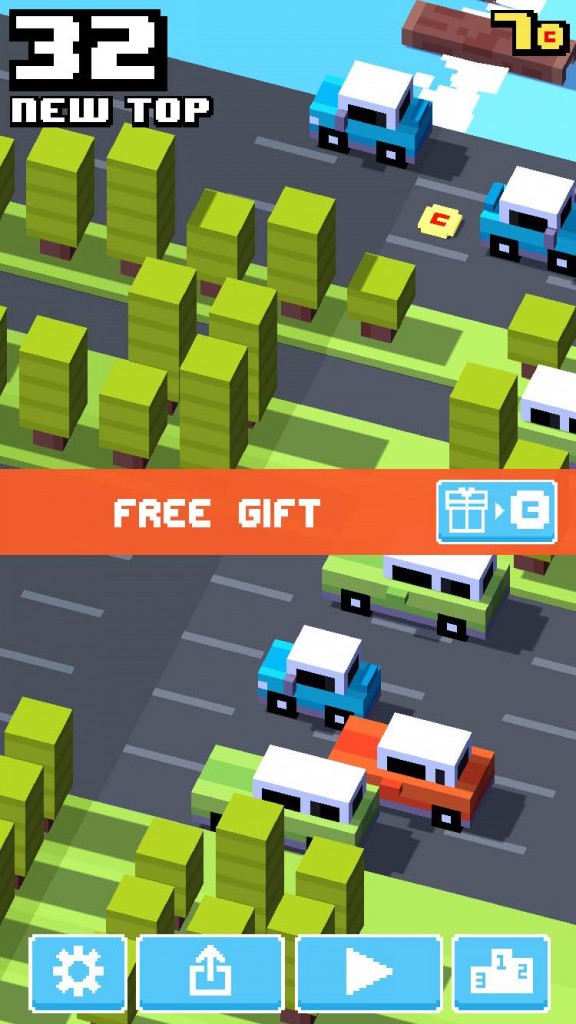 In-game currency is used to play a gumball machine that rewards the player with new characters. Players can buy additional in-game currency or earn more through watching video ads that are only randomly made available. 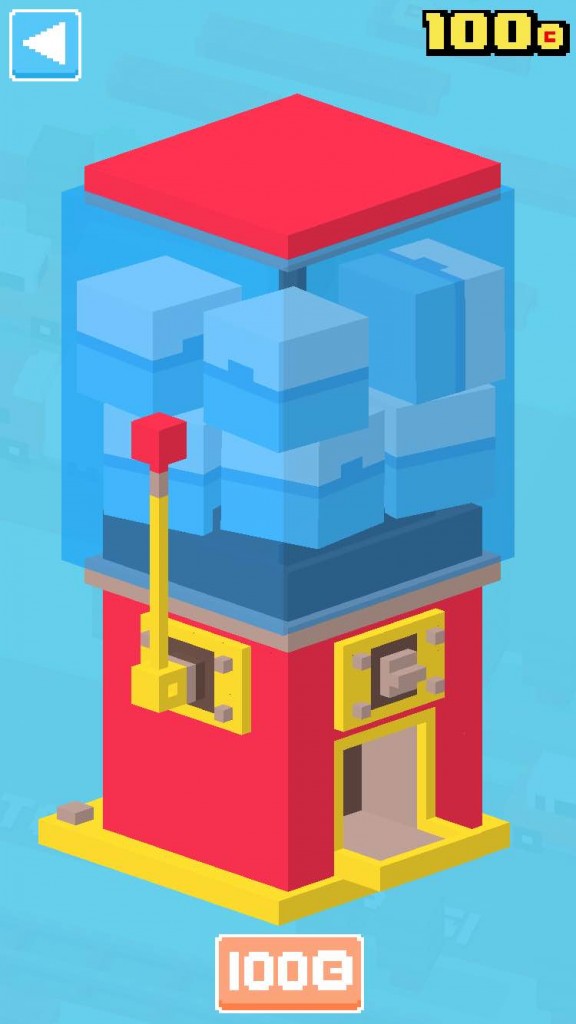 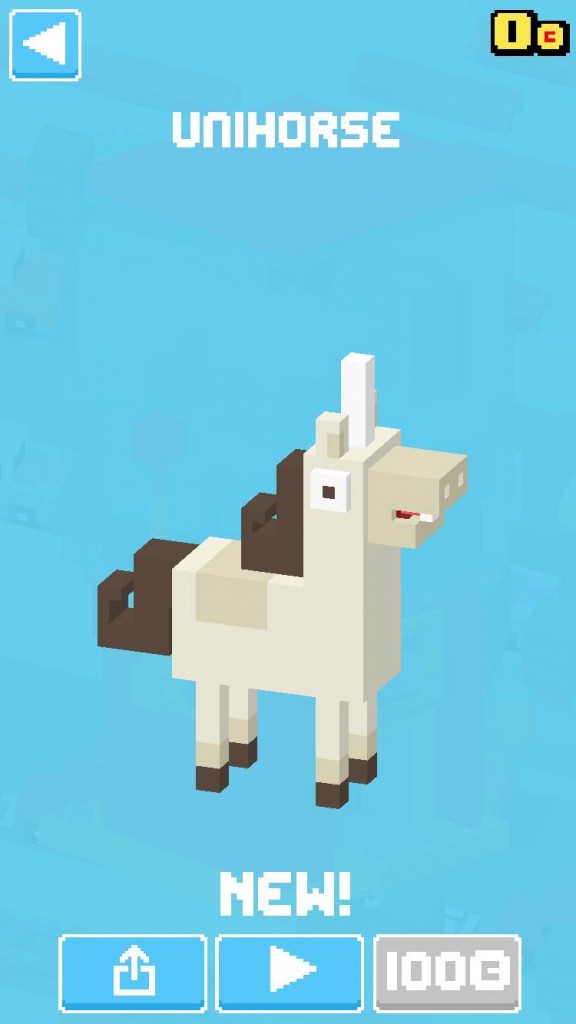 The video ads mostly promote other mobile games: after an ad plays, an end-card prompts the user to install the game that was advertised. 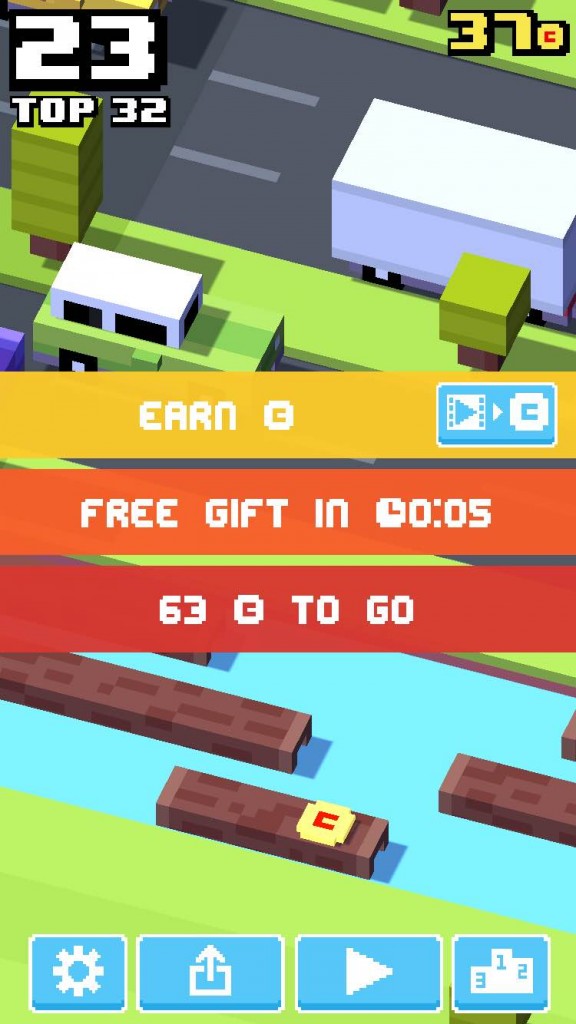 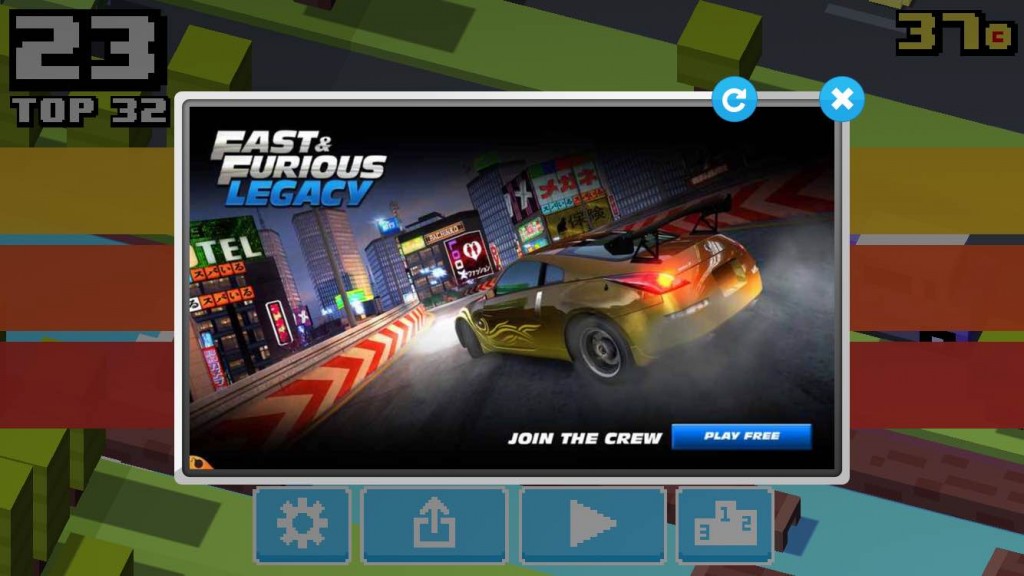 The game’s developers addressed their hands-off approach to monetization in an interview with Polygon:

“We knew it wasn’t going to make a large amount of money per user,” [Matt Hall, founder of Hipster Whale] says. “Obviously, $10 million is fantastic. That’s way, way, way, way, way more than we thought we would get. But someone on the free-to-play business would look at those numbers and think we could make a lot more per user. But, if we changed it … if we followed some of those best practices … if we sold coins and had a ‘save-me’ button and it felt like the other games, would anyone have cared?”

The developer’s acknowledgement of Crossy Road’s intentional featherweight monetization strategy, juxtaposed against its success, raises an interesting question: in a crowded marketplace, in which the best-monetizing games are supported by massive marketing budgets (for instance, Supercell spent $455MM on marketing in 2014), can independent gaming studios achieve any recognition without radical differentiation?

In other words, can an independent game that utilizes the same monetization mechanics as a hugely popular mobile phenomenon such as Candy Crush Soda Saga or Game of War compete with those titles without matching their marketing budgets?

Crossy Road’s experience seems to suggest that, when competing on the basis of marketing isn’t an option, avoiding competition on the basis of monetization can still create an opportunity for commercial viability. Crossy Road seems to be the latest in a series of mobile titles with very simple game mechanics — gimmicks — that have achieved viral adoption (such as Flappy Bird and Trivia Crack). Could these games have achieved the same level of virality with more depth (eg. robust in-game economies, upgrade trees, etc.), or is growth for a more traditional, IAP-driven free-to-play game dependent on marketing given the state of the market?