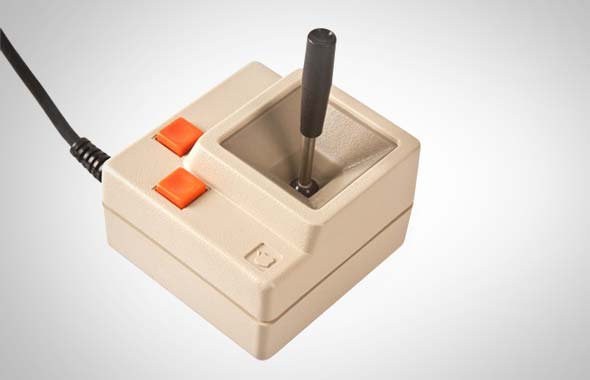 There’s no arguing that freemium is the dominant business model for mobile apps: mobile marketing research firm Distimo recently revealed that in-app purchases made up 92% of all revenues from the Apple App Store in November 2013. For Google Play, freemium’s share of total revenue was an even more staggering 98%. Clearly, consumers – voting with their wallets – have elected freemium as the de facto mobile monetization model.

And yet, free-to-play remains in the Stone Age. The hugely innovative product leaps being taken by apps like Beats Music, Snapchat, and Facebook’s Paper are largely absent in free-to-play games; this stasis has ignited a wave of anti-F2P rhetoric which, while misplaced, does at least raise questions as to why even incremental innovation in free-to-play games has seemingly been abandoned in the endless parade of clones on the App Store.

When the App Store first launched in 2008, the application of the freemium model to gaming probably seemed to many consumers in Western markets to be an innovation in itself. But freemium is no longer a novelty, and free-to-play needs to evolve.

This isn’t to say that some developers aren’t doing new and exciting things in free-to-play games; certainly some are, but those developments by and large haven’t progressed past fringe status in terms of industry adoption. In Freemium Economics, I identify the four pillars of the freemium model as scale, insight, monetization, and optimization. I think mobile game developers will meaningfully move three of them — scale, insight, and optimization — forward in 2014, leading to a more refined and better performing version of free-to-play: Free-to-Play 2.0.

Facebook is a mobile behemoth; it recently reported 945 million MAUs (monthly active users) in the fourth quarter of 2013, a massive increase of 71 million from the previous quarter. This gargantuan user base is undoubtedly the largest of any social mobile app: Facebook’s biggest competitors in that space are the chat apps WeChat, with 600 million registered users, and WhatsApp, with 400 million MAUs.

These numbers absolutely dwarf those of the largest mobile games: across all of its titles, on all platforms, King, the developer of Candy Crush Saga, entertains 250 million MAUs. While this number is eye-popping – the equivalent of 80% of the population of the US! — there’s no reason that one of the largest mobile game developers in the world should lag a relatively young application like WeChat in terms of user base size.

Geographic boundaries are mere abstractions with respect to mobile game distribution; studios should develop their games for a global audience and the potential scale it affords. Technological innovations like the automatic chat translation tool in Machine Zone’s Game of War and gameplay formats like the QuizUp matching mechanic mean that groups of players within a mobile title need not be segregated by borders that have no bearing on their in-game activity. The first mobile game to boast 1 billion MAUs will be released by a developer that sees every mobile phone owner on the planet as a potential player.

Analytics are an essential component of the free-to-play development regimen, and the most lucrative free-to-play titles rely heavily on analysis for product iterations. For example, Supercell, the developer of Clash of Clans, embeds a data scientist on every product team.

But product-focused analytics are only one aspect of the broad concept I define in Freemium Economics as insight. Players also benefit from transparency and context around game mechanics and the greater economy of a game. In fact, groups of the most enthusiastic players of some games have even assembled massive, exhaustive wikis detailing in-game progression metrics and economy blueprints, such as this one for Kixeye’s Battle Pirates.

Giving players access to the same kind of information that producers use to make a game more fun can add a new layer of depth to gameplay. At its heart, analytics is used by developers to optimize the user experience of a game. Why shouldn’t players have that same opportunity?

Purposeful product optimization goes far beyond simple A/B testing: a game experience is truly optimal when each player is accommodated based on individual preference. Optimization goes hand-in-hand with insight, but it requires more than merely tweaking game mechanic settings based on average measures of behavior. Averages are meaningless in freemium. To provide value, metrics need to be segmented around behavioral profiles.

Luckily for developers, the mobile analytics vertical exploded in 2013, and many of those software platforms are themselves adopting the freemium model. Tools from companies like GameAnalytics, PlayHaven, and even Google and Amazon can be used to group players by their preferences and shape their product experiences accordingly. As developers increasingly move game logic from the client to the server, the optimization of a game at the level of the individual player becomes a design imperative.

The blueprint many developers use to build free-to-play games is outmoded. Free-to-Play 2.0 will be about:

1) Shedding the tropes and hackneyed game mechanics that have pervaded free-to-play thus far and building products that scale globally;

2) Allowing players to immerse themselves in gameplay through insight;

As consumers continue to voice their support for freemium and the market for games becomes more globally integrated, free-to-play tactics must evolve to leverage the full power of the business model.