Google, historically, has been one of the few companies to consistently innovate and experiment with new mobile ad units (versus simply being more exacting in terms of charging customers) as a means of driving revenue growth. This month, at its I/O event and at the Google Performance Summit, the company announced several new additions to its suite of advertising tools that elucidate the mobile advertising strategy it is executing against: better analytics and operational capacity for advertisers across a broad range of devices and formats. 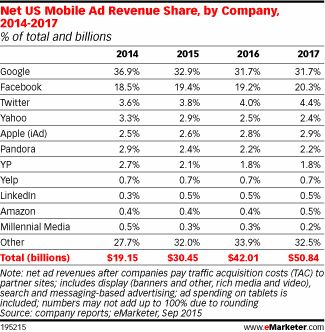 In a blog post providing an overview of the Google Performance Summit, the company revealed that more than half of all traffic to websites covered by Google Analytics is generated from smartphones and tablets. The post detailed the concerted effort the company has already made to capitalize on this shift: for instance, earlier this year, Google removed ads on the right-hand side of the desktop search results page to make the search experience more congruent on both mobile and desktop.

From the announcements made at I/O and the Performance Summit, Google seems committed to extending this harmonization across all (or, at least, more) of its properties while providing additional tools and services to advertisers that make adapting to different formats very easy. Below are the advertising-related announcements made at both events.

– The Universal App Campaigns product is being extended to iOS. UACs allow app developers to quickly (and fairly effortlessly) create and launch mobile app install campaigns; the interface simply gathers a few details about the app and creative assets are generated automatically to be run in the Google Search app and across YouTube and the Google Display Network;

– Google has added the ability to optimize campaigns around in-app events, rather than merely installs. This is a feature that many mobile ad networks already provide for, but it’s valuable nonetheless, especially in the context of UACs, which are more automated to begin with;

– Google is increasing ads exposure in YouTube and will also soon experiment with a new advertising unit in GMail;

– Google has added a large amount of new functionality to the Firebase analytics and development platform it acquired in October 2014. The Firebase announcement could be a blog post of its own, but at I/O Google announced that it has introduced or expanded functionality in the platform around notifications, file storage, analytics, remote configuration, dynamic links, and more. 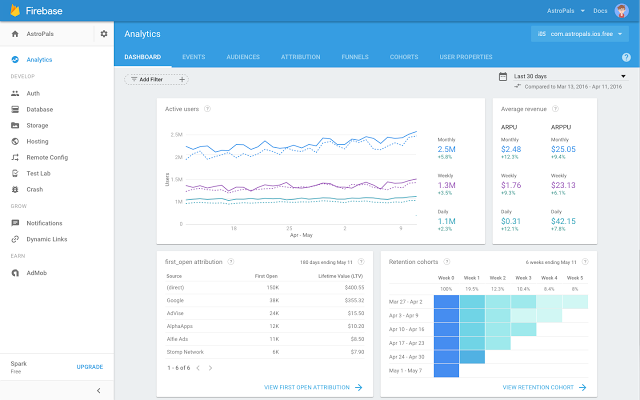 – Google unveiled additional text ad units for AdWords; it called them the biggest change made to the format since AdWords was launched 15 years ago. The new ad units allow advertisers to include more text in their advertisements and will be rolled out later this year; 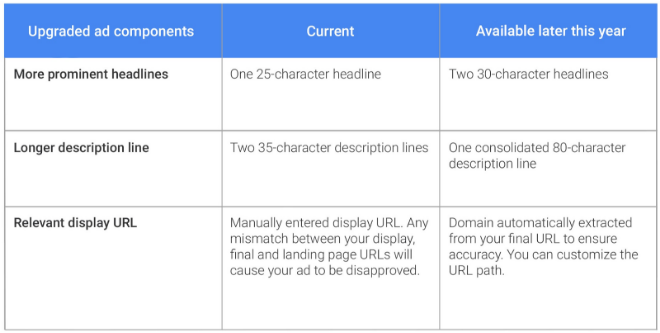 – Google is introducing responsive ads that adapt to the format and aesthetics of sites in the Google Display Network. These campaigns are created dynamically through a few pieces of information from the advertiser; creatives are generated automatically from Google Play assets and the images and text provided by the advertiser. Google also announced that it is expanding the reach of the Google Display Network by incorporating cross-exchange inventory;

– Google is introducing device-specific bidding to allow advertisers to optimize their AdWords campaigns with more precision based on device type;

– Perhaps most intriguing, Google is introducing sponsored pins in Google Maps (on both desktop and web). While Google has experimented with advertising in Google Maps before, the sponsored pin is probably among the most native form a map ad could take, and it will be interesting to see the shape that conversion metrics take (how are store visits measured? Can spending be attributed to search or click? What is the lookback window on store searches?). 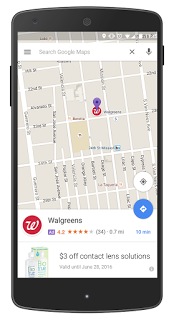 Despite declining per-unit costs, Google’s ad revenues continue to increase at an impressive clip: the company booked $19.08BN in ad revenues in Q4 2015, up from $16.15BN the year before (+18%) while CPCs have either been flat or in decline since Q3 2014. YouTube is especially important for the company: with its new Red product, alongside growth in both minutes spent watching videos and mobile share of minutes, YouTube is an important part of Google’s revenue trajectory.

This puts many of announcements outlined above into clearer context. Video is the big advertising growth driver on mobile; by allowing advertisers to plug into that inventory without having to produce their own creatives, Google is potentially creating a competitive advantage over Facebook, which this week announced that it is shuttering its LiveRail video exchange in favor of its Facebook Audience Network. While Facebook offers many tools to advertisers that want to utilize its video products (such as automatic caption creation), advertisers can’t necessarily benefit from the rise of mobile video consumption on Facebook without producing video content themselves. With its strategy — extreme ease of advertising, across all devices — Google seems to be attempting to exploit that difference.