The evolution of the mobile app install ad 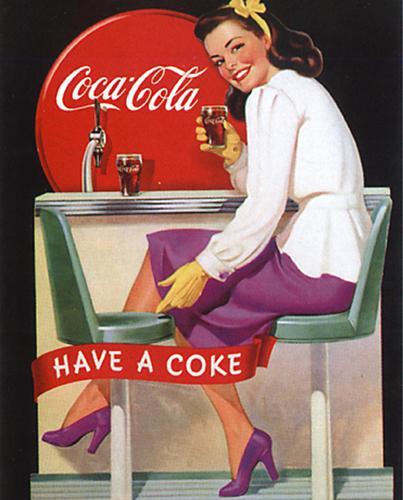 On December 10th, Google announced that its new AdWords mobile app install ad unit would be rolled out of beta. The new ad unit — one of a number of innovative emerging mobile app install ad formats — will allow developers to deep-link to in-app content from mobile search, providing a contextual, intent-based advertising solution that caters more toward utility apps than games.

When Google introduced the ad unit months ago, it used the hotel booking app HotelTonight to exemplify the format’s ideal use case: a user searching the mobile web for “Hotels in San Francisco” is shown a promoted search result for the HotelTonight app, which, upon click (provided the user has the app installed), redirects to in-app results for hotels in San Francisco (if the app is not installed on the user’s phone, the user is taken to the app store page for Hotel Tonight and redirected to in-app results upon install). 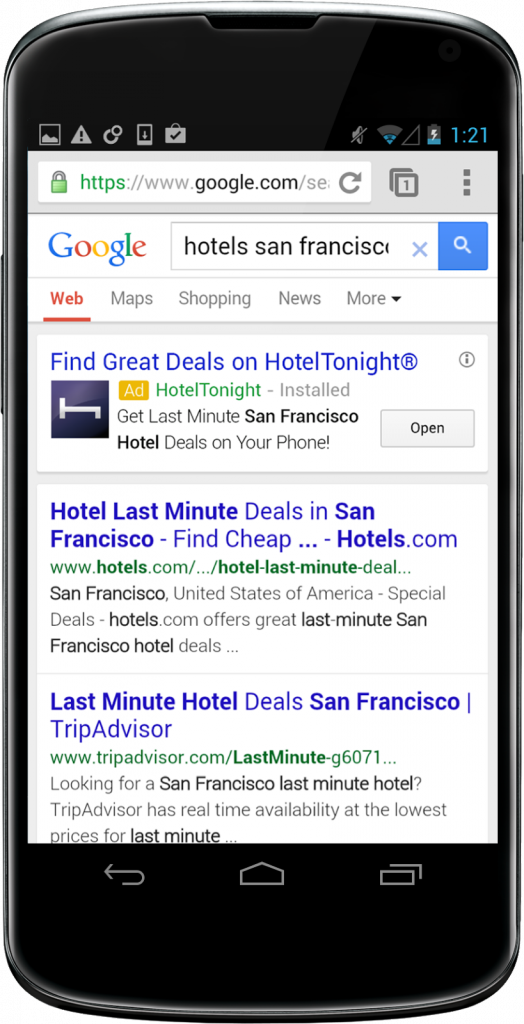 The contextual focus of Google’s app install format serves to do two (somewhat interrelated) things: 1) provide mobile users with intent-based ads that are more likely to be relevant than interstitial ads, and 2) to provide non-gaming app developers with an opportunity to enter the app install marketplace.

The first purpose of Google’s new ad format highlights a trend in mobile advertising that represents a recent paradigm shift: the most popular mobile app install ad formats simply perform poorly (for more color around mobile app install ad conversion rates, see this AppsFlyer report). Many ad networks brokering interstitial or banner ad impressions use some form of a Bayesian optimization algorithm to pick which ads are shown in what apps, but this approach works far better on search, since a search term provides much more information about user intent than the mere use of an app.

The second purpose reflects the diversification of the mobile advertising marketplace as established, non-gaming desktop product models move to mobile and unbundle (more on that topic here) and mobile-first product formats firm up their revenue models and begin competing for advertising impressions. The infrastructure that powers the mobile advertising marketplace was purpose built for mobile gaming companies, but non-gaming app developers — eg. in the travel, commerce, dating, and transportation spaces — are advertising on mobile in greater numbers and using their influence to drive changes to mobile ad format standards.

This evolution of the mobile app install ad format is undeniably positive for both publishers and users (advertisers will remain stuck in a winner-takes-all economy and continue to face revenue concentration at the high end of the Top Grossing chart, albeit with better-performing ads across the board). Through serving more relevant ads, publishers will be better and more precisely able to monetize their traffic. And through mobile ads’ use of context and intent, users — who have already shown some level of ambivalence toward the existence of ads in free mobile content — will face a less circuitous path to the content they seek, although that path will still be won by the advertiser with the deepest pockets.