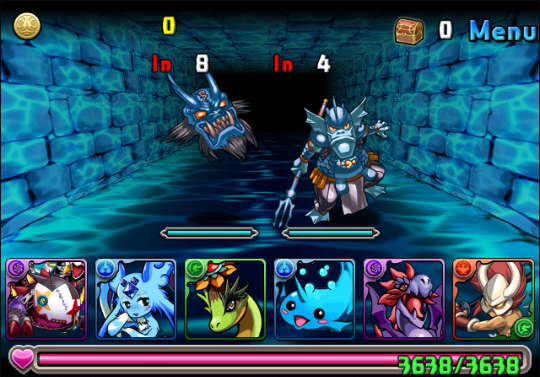 On July 29th, Japanese game developer GungHo Online Entertainment issued its financial report for the half year ended June 30th. The highlights are posted below:

At first blush, GungHo’s results seem astonishing: Net Income for the half year was up 2,508% from the same period a year earlier, with gross sales having experienced a similarly impressive 1,000% increase.

But an important revelation surfaces when comparing these results to those issued by the company for the quarter ended March 31st 2013: growth is slowing.

In May, GungHo reported a year-over-year increase in net income for the quarter of more than 5,000%; in the weeks preceding the report, the company’s stock price had surged on the news of a planned geographic and platform expansion for its flagship title, Puzzle & Dragons, as well as a product release roadmap of 13 titles.

GungHo experienced a similar stock bump in the run-up to the July financial report release: Macquarie analyst David Gibson reported that GungHo’s share price increased by nearly 10% — to a 3-month high on July 29th of  JPY 111,700 — in anticipation of its performance update and on a news story that the company was planning to further broaden the geographic scope of Puzzles & Dragons.

But in the week following the release of its financials on July 29th, GungHo’s stock cratered: it ended trading on the Tokyo Stock Exchange on August 5th at JPY 77,200 – a nearly 31% decline from its high on the 29th – and ended trading on August 9th at JPY 68,100, a decrease of almost 40% from the same point in time.

GungHo’s performance over the past quarter has been objectively strong: gaming analyst Dr. Serkan Toto reports that GungHo’s daily net income was $1.8MM on $4.9MM in sales per day for the time period, with 17MM registered users in Japan and 1MM registered users in North America. Why would investor sentiment evolve so drastically to a seemingly minor trajectory shift for a company on a meteoric rise? Two reasons:

94% of GungHo’s sales for the last quarter were generated on mobile, and analyst David Gibson estimates that 90% of those sales were driven by Puzzle & Dragons. In other words, 85% of the company’s sales originate from a single product that was released in 2012.

It should be noted that Puzzle & Dragons didn’t attain appreciable popularity until GungHo advertised the game aggressively through television ads in Japan. But given the huge numbers of people currently in GungHo’s product ecosystem, surely the company could have cross-promoted its new title to a higher position. That it refrained from doing so implies that GungHo considers Puzzle & Dragons as a more valuable title than Freak Tower.

In June, Supercell and GungHo entered into a partnership wherein each developer would promote the other’s game; the idea was that GungHo could help bring Clash of Clans to prominence in Japan and Supercell could help bring Puzzle & Dragons to prominence in Western markets. Implicit in the strategy was a recognition that mobile game development is not zero-sum and that win-win partnerships can be struck between companies operating in geographically disparate regions.

That GungHo couldn’t breach the top 20 grossing charts in the US with the backing of Supercell likely doesn’t inspire confidence in investors with respect to the company’s ability to penetrate the US mainstream on its own in future titles. Likewise, the company has few markets left to enter into with Puzzle & Dragons: Dr. Serkan Toto reports that Puzzle & Dragons will be released in the UK and Australia this year, with Germany and France also under consideration. But, while large, these are ancillary markets to the US, with far smaller potential payoffs than what release in the US portended at the time of GungHo’s last quarterly report.

At the same time, GungHo’s growth in Japan is constrained by its unprecedented success: at 17MM registered users in under two years, Puzzle & Dragons has already been played by 13.3% of the population of the country. It simply can’t continue to expand, and GungHo doesn’t have a broad portfolio of mobile games through which to employ a fungibility strategy. This means that each Japanese user that churns out of Puzzle & Dragons now will likely have to be re-acquired for future releases, keeping the company’s marketing costs steady going forward.

As goes GungHo, so goes the market

The challenges faced by GungHo may seem trivial given the almost incomprehensible amounts of money Puzzle & Dragons is currently generating. But the question of whether massive hits on mobile can sustain massive company valuations for the long term is a salient one: it explains the nearly equivalent valuations of Supercell and Kabam, despite the runaway success of the former’s two hit games, and will certainly inform King’s IPO calculus.

GungHo’s stock performance serves as a far more relevant bellweather to Western developers’ IPO aspirations than Zynga’s. Zynga’s post-IPO struggles had nothing to do with the sustainability of monumentally successful titles; rather, they were engendered by a tectonic shift in gaming platforms that Zynga was ill-prepared to confront.

Bringing Zynga into a discourse about the potential for the dominant mobile developers to go public is misguided and diversionary. If King goes public, it won’t be because investors have forgotten about Zynga (the two companies have little in common); it will be because King proved it can maintain revenue consistency with a portfolio of games nearly dominated by one hit — and because GungHo set that precedent by reducing the volatility of its stock price.

In the same vein, the reason Supercell’s valuation for it secondary stock sale in April was less than 2X projected EBITDA (with a $770MM valuation on Q1 net income of $104MM) has nothing to do with Zynga’s IPO; rather, it has to do with investors believing that hit games are very difficult to replicate and that the valuations of companies that are almost entirely revenue-reliant on hits (even two of them) should be heavily discounted as a result.