How does LTV / CAC fit into a growth strategy? 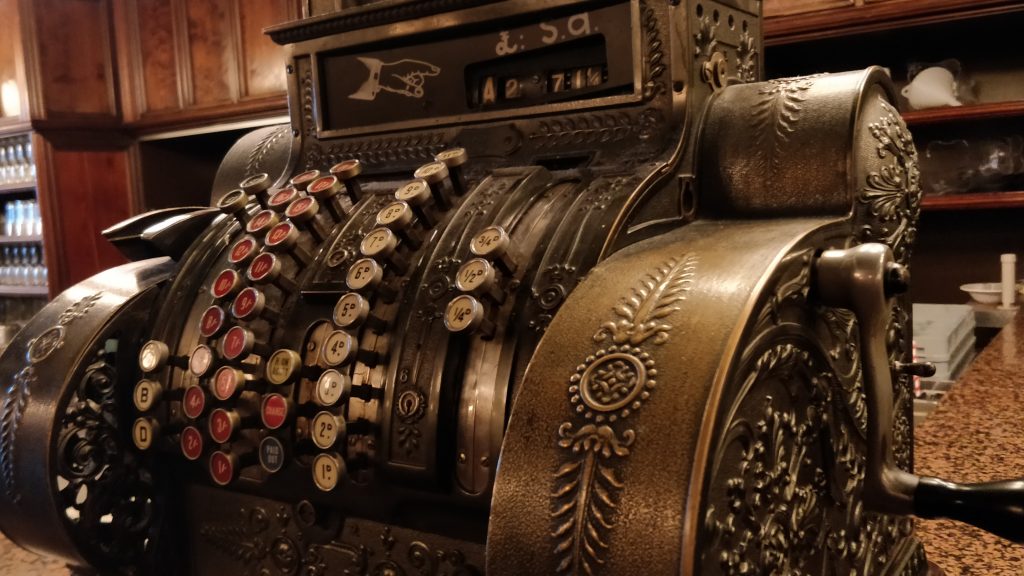 The LTV / CAC ratio is not helpful at a global level — it needs to be represented in a way that is actionable for marketing campaigns.

A common refrain I hear amongst people working in marketing and growth roles is that the LTV / CAC ratio is overblown as a performance metric: that it is ultimately useless as an indicator of marketing performance and is merely a vanity metric to be used in pitch decks.

This statement is technically true in a way that belies a more fundamental point. The statement is true to the extent that any metric, presented on its own and without context or qualification, is useless as an indicator of marketing performance. The LTV / CAC ratio is a critical marketing metric: if the ratio is negative, acquisition is not profitable, and there’s no arguing that such knowledge isn’t important to a marketing team. But it is also true that a positive LTV / CAC ratio, presented without any expounding detail, provides absolutely no insight into the health or viability of a marketing campaign.

Luckily, I rarely see this done, at least by experienced marketers. Firstly, it’s rare to hear of a singular, non-qualified LTV number being presented, as in: “The LTV of users we acquire is $5 against a CAC of $4”. That’s a meaningless statement. It’s much more common to hear something like: “The LTV of iOS users we acquire in the US on Facebook is $5 against a CAC of $4”.

But even the above statement leaves out a lot of the requisite detail for it to be meaningful. LTV is not a singular number: it’s a curve that has values at various points over time (for more on LTV, see this article, this article, and this article). So to complete the original statement to the point that it includes all of the vital details needed to provide any value: “The 180-Day LTV of iOS users we acquire in the US on Facebook is $5 against a CAC of $4”. This statement actually provides insight into the revenue component of the LTV / CAC ratio in a way that is actionable and marketable against because campaigns can be targeted on Facebook at iOS users in the US.

Providing context on the cost side is easier: the cost is whatever conversion measurably is from the platform. But the statement above statement still misses probably the most fundamental element of marketing operations: scale. Unit economics tend to flatten as marketing campaigns increase in daily absolute spend: CACs increase as campaign targeting broadens (ads get clicked less readily when they are not relevant to people) and LTVs either decrease (the users for whom a freemium product is most relevant spend the most) or stay the same in the case of non-freemium products. So scale matters: large margins aren’t impressive on small daily cohorts, both because the absolute profit for those small cohorts will be small and because it implies that there isn’t much room to grow marketing spend. So to flesh out the statement to a more valuable final form: “The 180-Day LTV of iOS users we acquire in the US on Facebook is $5 against a CAC of $4 on total daily spend of $80,000.” 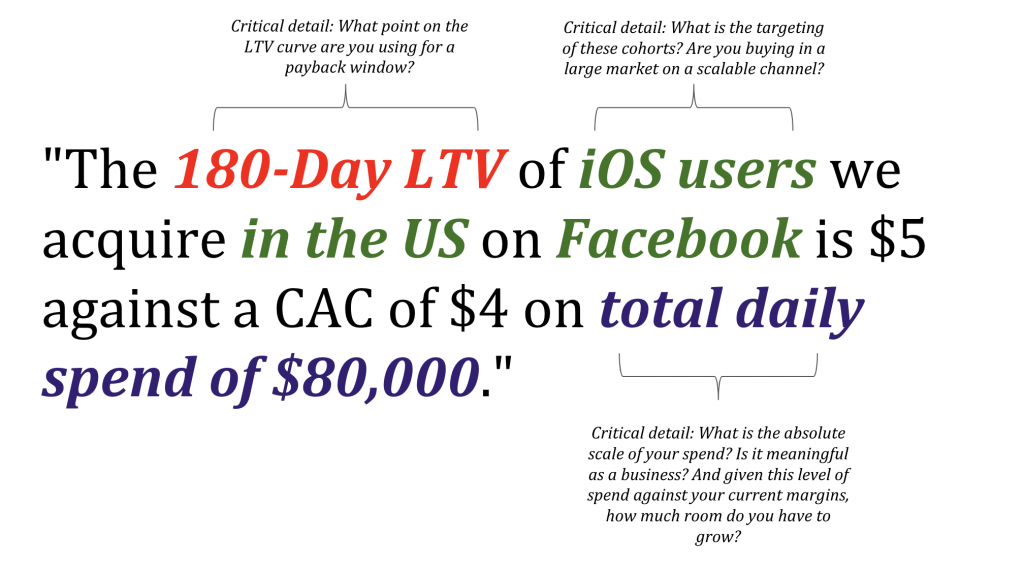 But although the statement above is descriptive to a point that provides meaning, it’s still just that: descriptive. Driving decisions around marketing strategy involves breaking down the payback window on cohorts and determining the optimal Day X LTV to buy against.

The LTV window that marketing campaigns are run against impacts those cohorts’ payback windows: if I buy users on the basis of a Day 180 LTV (meaning: the revenue I expect that cohort to have paid in the product after 180 days) at a $1 profit margin (as in the above, where I’m spending $4 for $5 in revenue by Day 180), then I’m making $1 in profit for each user acquired after half a year. Companies can go broke running marketing campaigns that are profitable over 180-day timelines; it’s important for the marketing team to understanding what their LTV curve looks like (broken down as granularly as possible, as in: the LTV curve of iOS users acquired on Facebook) so that they can understand their cash flow schedule. In my Mobile User Acquisition 101 video series I discuss the dynamic between LTV and cash flow management:

Really, cash flow management requires comprehension of the way in which cohort daily revenues compound to make daily P&L positive and how much cash the company has in the bank to fund marketing and all other operations. These are truly strategic points for a company to dissect, and that process can’t start without knowledge of what relevant LTV / CAC ratios are.

Photo by David Carboni on Unsplash