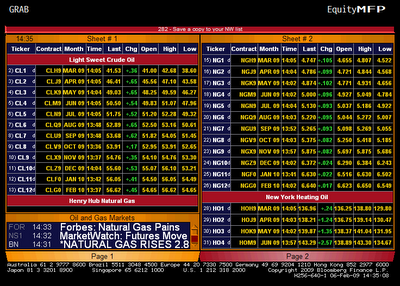 In a past professional life, I wrote algorithms on a commodity trading desk for an institutional investment fund. And over the past year, I’ve come to recognize the market for mobile users (which I call the secondary market for mobile users, or SMMU) as being fundamentally similar to that of other commodity spot markets, on which commodities are purchased for near-immediate delivery.

A number of differences between the SMMU and other commodity spot markets do, however, exist. The first difference lies in the quality of goods transacted over: regulated commodity markets standardize the quality of commodities traded, whereas the SMMU is completely unregulated. The quality of users delivered on the SMMU is random until the number of users bought reaches a very large number, at which point it converges around the population mean.

The second fundamental difference between the SMMU and other commodity spot markets is that the SMMU is completely opaque because the market’s technological infrastructure has intentionally been kept immature. Orders are submitted to many brokers (ad networks) via email; the real-time bid / ask spread is unknowable. This will change very soon as real-time bidding systems become more commonplace, but even then I doubt very much that a sophisticated market monitoring service will emerge in the next year. The brokers prefer this: given the demand / supply dynamic of the SMMU, brokers benefit from informational asymmetry and lack of transparency.

These structural differences, combined with the current state of mobile, lead to some interesting market dynamics:

So how should these factors influence user acquisition strategy? For large players (massive developers with deep pockets), the optimal strategy is simple:

But this strategy is out of reach for most small developers that don’t have the technical expertise or resources to build and properly utilize an analytics system. How can these small players participate in the market without becoming victims of structural biases that favor much larger entities?

Utilization of the SMMU is a necessary evil for the smaller developer; over-utilization, however, can lead to costly acquisition campaigns that deliver very little in terms of return on investment. The “spot” market for users is vulnerable to massive swings, perennially upward-trending, and inscrutable without proprietary data. For small developers, the SMMU is a losing game.