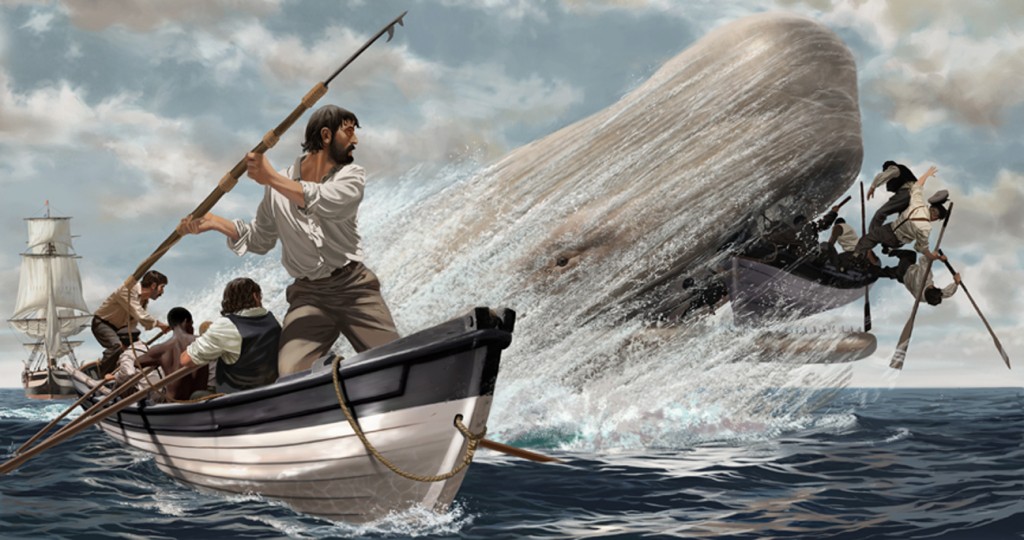 Conventional wisdom regarding freemium on mobile holds that “whales”, or highly-monetizing users, form the bedrock of any product’s economy by monetizing at a level that is disproportionate to their share of the product’s user base, given a very low inherent conversion rate. While this is indisputably true, it often invites a few assumptions about these individuals:

The state of the current Top Grossing chart (US / iPhone) invalidates these assumptions, however: 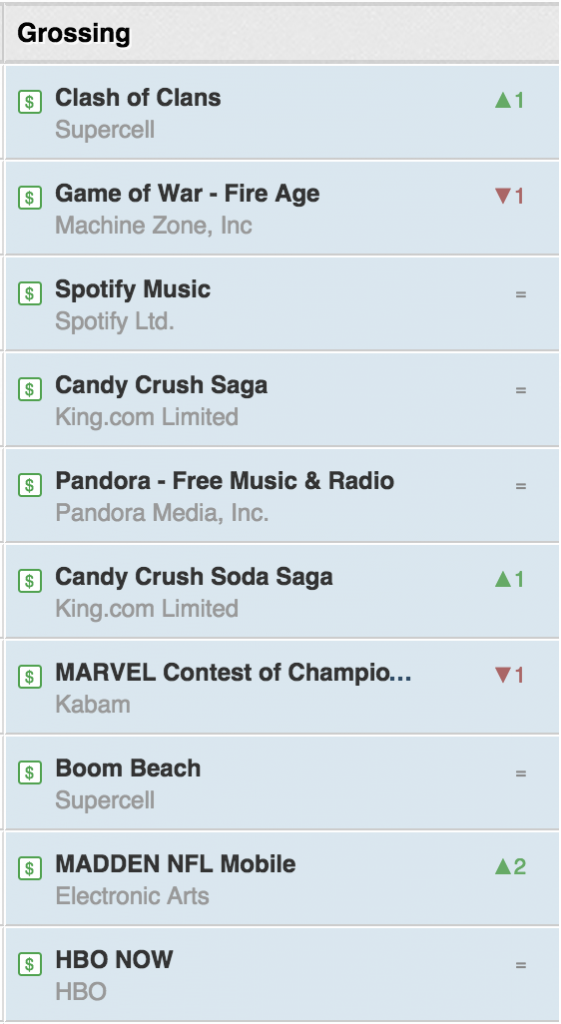 Of the apps within the Top 10 Grossing, more than half were released before 2014: 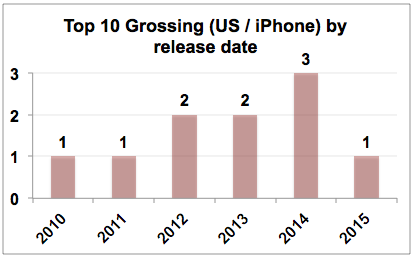 Additionally, 30% of the apps in the current Top 10 Grossing list — Spotify, Pandora, and HBO Now! — are subscription-based media apps.

These data points don’t discredit the notion that highly-monetizing users (eg. >$1,000 lifetime spend in a product) form the majority of freemium products’ revenue streams (current or absolute), as it is impossible to know what the distribution of lifetime values looks like for any of these products. But the data points do suggest that retention leads monetization for successful freemium apps; since not a single app currently in the Top 10 Grossing is in the Top 10 Downloaded, it’s fair to assume that these apps focus on providing an engaging experience over the longest possible time horizon, monetizing users in a way that promotes long-term interaction rather than short-term flurries of purchasing activity.

This is especially poignant for the subscription apps: since a “shopping spree” is impossible in a subscription app, the only components of success for a utility app that monetizes at a standard rate for content are 1) the app’s ability to convert a user into a subscriber and 2) the app’s ability to retain that user for as long as possible (and of course, these two things are inter-related).

Another question that arises from these data points is whether “broken” app store discovery is what really prevents new entrants from achieving Top Grossing status. Could it be that, rather than an inability to monetize users at a level that justifies investment into marketing, most app developer are simply incapable of creating apps that engage users over very long periods of time?