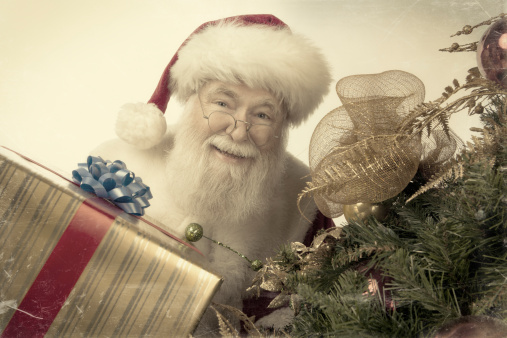 The holiday season is a frantic and lucrative time for the entire mobile ecosystem: Amazon announced that nearly 60% of its customers shopped using a mobile device over the holiday period, and IBM claims that more than one third of all Christmas Day online sales were made on a mobile device.

Apple especially benefits from the Christmas season each year, and 2014 was no different. Flurry reports that more than half of all devices activated between December 19 and 25th were manufactured by Apple, and that the share of new devices represented by Phablets jumped from 4% in 2013 to 13% in 2014.

App developers prosper from this frenzied period as new devices are loaded up with apps (according to the above-linked Flurry study, app installs increased by 150% on Christmas day from the average rate the week before). But the benefits of the period aren’t distributed evenly, and perhaps nothing articulates the winner-takes-all nature of the app economy more than the below graphic, which tracks movement on the App Store’s Top Grossing chart (iPhone / US) from December 26th, 2013 to December 26th, 2014. 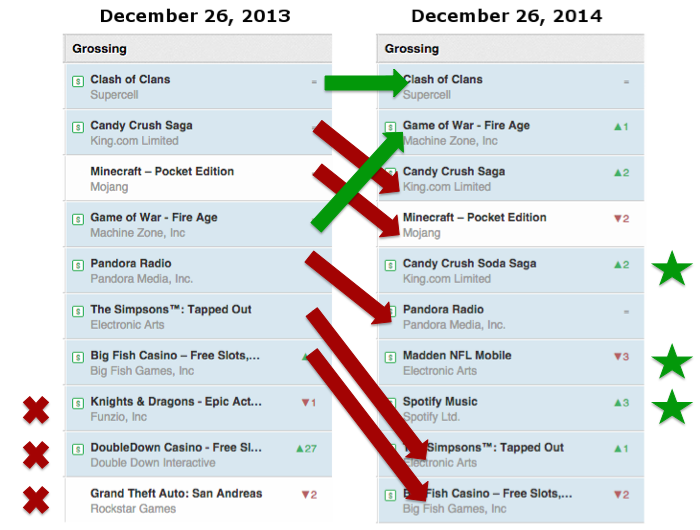