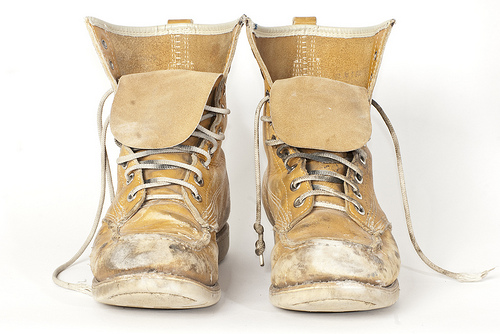 The recent debate around the appropriateness of venture capital financing for gaming companies has obliquely referred to alternative financing schemes in mobile gaming but not explicitly defined those schemes.

Within the context of this post, alternative financing refers to any form of financing not following the “cash for equity” precedent at an early stage in a company’s life (usually represented with a seed or Series A investment). Late-stage equity financing or secondary equity sales aren’t considered. Likewise, only freemium mobile games are examined.

The problem cited in the debate around financing for gaming companies is the difficulty for gaming companies to deliver large returns to investors through high-value acquisitions or IPOs. And while I believe this problem is not uniquely acute for the gaming industry – what percentage of start-up companies in any technology vertical are eventually acquired for >$100mm or IPO? – it does present a very real obstacle for early-stage gaming companies to clear in raising money.

Chiefly, a mobile gaming company seeking investment must identify the unique attributes of its teams, its product, and the specific market opportunity it is working to exploit that will allow for an equity investment to grow to a multiple of at least ten times its current cash price, manifested through a significantly increased valuation. Most companies can’t do this, and most companies shouldn’t try to do this. For these companies – in gaming or any other technology vertical – venture capital financing is justifiably difficult or impossible to acquire.

This reality significantly reduces the number of VC firms even considering gaming as an investment, although this is being attenuated as executives from gaming companies sold in large exits start their own, largely gaming-focused, VC firms.

For these reasons, for the majority of gaming companies, venture capital investment simply doesn’t make sense. Either these companies have not oriented their business strategy around the level of growth that is necessitated for VC investment, they cannot find an investor with sufficient experience and prominence in the sector, or they simply lack the ability to put investors’ money to good, capital-productive use. In these cases, three alternative options for funding operations exist.

Bootstrapping, as it is typically defined – wherein the founders of a company personally fund its operations from savings or credit – is not actually a form of alternative financing, since almost every gaming company bootstraps the development of an initial prototype, even when that company goes on to eventually raise venture capital.

But for companies that either can’t or don’t want to articulate a grand, growth-charged business vision to investors, bootstrapping remains an attractive option for building a gaming business because it allows for founders to retain ownership.

The problem with bootstrapping, of course, is that mobile games are not cheap to launch: although development costs can be allayed by a small founding team working on nights and weekends while maintaining full-time employment elsewhere, marketing costs are absolute and unavoidable.

Launching a free-to-play mobile title without at least a modest marketing budget may render traction elusive; the App Store is littered with the abandoned ambitions of erstwhile gaming entrepreneurs.

Marketing expenses are a reality in free-to-play gaming, and ignoring them or pretending they don’t exist only delays the realization that a game cannot break free of the gravitational pull of the App Store and enter cash-flow-positive outer orbit without spending money on user acquisition.

Publisher financing is different than a publishing agreement, which is usually undertaken when a company has bootstrapped a game to completion and turns to a publisher to defray marketing costs.

Publisher financing is a broad term that can take a number of forms. The most common is probably the situation where a publisher agrees to shoulder some cost of the remaining development of a game which had been bootstrapped up to that point by a game company in exchange for a significant portion of that game’s future revenue.

Additionally, the publisher also most likely commits to marketing the game at some minimum level, with additional marketing funding being unlocked based on performance. Assistance with infrastructure or operations – such as analytics and QA – may also be provided.

These agreements can be given additional depth when the publisher takes a portion of the gaming company’s equity or is given the option to purchase equity in the future.

Publisher financing allows gaming companies to focus exclusively on development without having to concern themselves with operations or marketing chores. But publisher financing also has the potential to create a dependency: without developing in-house expertise in the ancillary, operational responsibilities that publishers assume, gaming companies are unable to launch future titles without relying on similar agreements. Likewise, revenue splits curtail a gaming company’s ability to build cash reserves to finance future development unless a game is a breakaway hit.

In the debate around the efficacy of VC financing in gaming, publisher financing – in its myriad forms – is what I believe was primarily being referred to with the somewhat nebulous term “alternative financing”. And while publisher financing does seem like a good fit for companies that don’t exhibit the valuation trajectory required to justify VC financing, I believe advocating for it as a near-complete replacement for VC financing ignores the cost requirements of developing a game prototype.

(Full disclosure: I am an unpaid mentor at Gamefounders, the Tallinn-based gaming incubator)

Incubators can be considered a formal training program for young companies: companies are given a pre-determined amount of money (usually per founder up to a ceiling amount), are given access to a roster of mentors over the program’s timeline, and are introduced to investors at the end of the program in a series of organized presentations known as Demo Days. Companies accepted into incubator programs usually surrender some portion of their total equity to the incubator in exchange for the mentorship and funding.

Incubators fill a void in the mindspace between the earliest point in a start-up’s existence and the point at which it could conceivably be attractive to venture capital investors. As such, an incubator is probably not appropriate for companies that don’t expect or want to eventually raise VC financing; the money provided by most incubators is usually merely sufficient for subsistence over the term of the program.

Incubators can be seen as an opportunity for teams to focus exclusively on their products in preparation for raising financing. Understood this way, incubators decrease the amount of time from concept to launch required by a team given that other distractions (such as full-time employment) aren’t vying for their collective attention.

But while incubators provide teams with invaluable periods of focus and mentorship, they also put increased upward pressure on the valuations of those teams’ companies in later investment rounds by taking large amounts of equity relative to the funding provided (not considering the value of the mentorship received).

When a gaming company has given up 10-20% of equity for only enough money to fund development for a few months , the next investment that company receives – used to fund development and the product’s launch – will have to compensate for the original equity given away.

In other words, because incubators take equity but don’t provide enough money to fund total development or marketing costs (which are uniquely high in the free-to-play mobile gaming sector), companies coming out of incubators must recoup their dilution by seeking higher valuations later. This may price some incubated companies out of further VC investment.