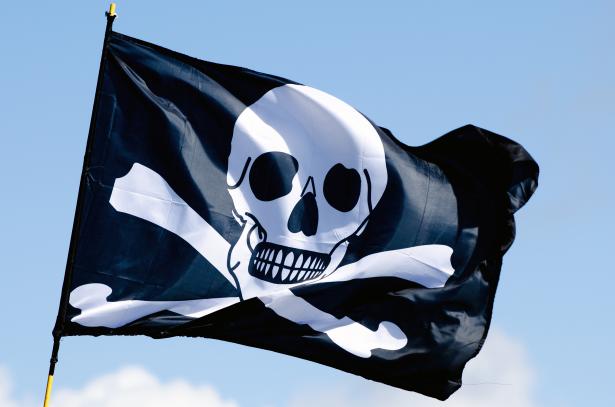 Last week, Digiday reported on an unscrupulous and seemingly widespread new mobile advertising tactic: a number of websites were redirecting users to pages in the app store without those users having clicked on an ad.

The tactic was brought to light on Twitter when a user pointed out that an article on the AP had auto-refreshed with a redirect to the Candy Crush Saga app profile in the App Store:

A discussion emerged from the tweet in which other users claimed to have similarly experienced redirects (to Candy Crush Saga and other apps):

@jason_kint @AP @bmorrissey first I’m seeing it but wow. Took me to clash of the clans by supercell pic.twitter.com/BX2vam91az

@jason_kint @AP @bmorrissey it happened automatically for me. Complete redirect to the app store. Did not click on anything

The author of the Digiday article attributed this deceptive and misleading behavior to overzealous mobile gaming developers, desperate for installs:

So, then, how do they occur? The culprits would then appear to be the mobile game publishers themselves, who are apparently using redirection to generate more downloads. Redirection took users to download pages for Candy Crush (created by mobile gaming shop King), Clash of Clans (created by Supercell) and Game of War – Fire Age (Machine Zone, Inc.). King, Supercell and Machine Zone did not return requests for comment.

“The vast majority of these app developers do not have the budgets to promote their app. A lot of developers hope their app will go viral, which rarely happens,” Ben Bring, senior director of performance at mobile ad network Opera Mediaworks, said. “The majority simply don’t ever pick up a following.”

Without understanding the dynamics of mobile advertising and the mobile gaming industry, this conclusion can be forgiven; after all, many mobile developers (and especially King, Supercell, and Machine Zone) have a ravenous appetite for user base growth and are employing ever more grandiose means of achieving it.

But it’s nearly unthinkable that King, Machine Zone, or Supercell intentionally purchased these “ad units” or would engage in this kind of trickery in pursuit of installs.

Firstly, the user experience is atrocious, and such a spammy abuse of trust — on both the part of the site serving the ad units and the developer purchasing the ad — would be more likely to repulse a potential new user than inspire them to play the advertised game. Serving such “ads” would be especially imprudent for King, given that it is pursuing an IPO; by degrading the character of its user acquisition operation to such a base state, it would signalling to the public markets that it had reached the natural limits of user base growth through ethical and principled mechanics. Such a signal would not inspire confidence in potential investors.

Secondly, such ads are unlikely to convert very well. The most effective (in terms of producing highly-monetizing users) mobile gaming ad units showcase gameplay and visual aesthetic; they allow the users with whom the game would best resonate to get a sense of what awaits them should they download the title. Not only are these redirect ad units almost certainly indiscriminate (or, at least, irrelevantly targeted), but they provide no context around gameplay through images or video.

Thirdly, tactics such as this are generally very quickly extinguished by Apple, which has little patience for maneuvers that circumvent the spirit of its developer terms or spoil a mobile user’s experience. Why would high-profile developers such as Supercell, Machine Zone, or King jeopardize their relationships with Apple for an ad unit that will inevitably be banished from the app ecosystem?

More likely than these developers knowingly purchasing deceptive ad units is that a mobile advertising broker re-sold these ad units to whatever network(s) the developers are engaging with. This is probably why the developers have not issued statements about the ads: they don’t know how or why the ads were deployed.

This kind of confusion can occur, even for sophisticated operators like King, Supercell, and Machine Zone, for two reasons:

The first reason is that large developers with hit games have endless appetites for mobile installs, but ad inventory in the strongest geographies is far thinner than demand. Mobile gaming’s theme for 2014 is convergence: the developers with the best-monetizing games crowd out smaller players by buying up all mobile ad inventory, further strengthening their revenue streams and thus their ability to buy more ad inventory.

This vicious cycle drives up mobile advertising costs and erects a moat around developers with hit games, some of which are running campaigns that are completely uncapped (eg. no total campaign spending limit, no spending limit per user).

In this environment, the ad networks that work directly with the developers of hit games rapaciously seek inventory in whatever form they can deliver it — and when they can’t source it through partner apps, they buy it from 3rd parties. These 3rd parties aren’t held accountable for the inventory they deliver by the game developers because they’re not working directly with them; as such, they’re incentivized to sell anything.

This kind of re-selling is becoming rampant: networks are desperate to fulfil their orders with large developers for fear of losing their business, so they re-purchase whatever inventory they can acquire. The redirect ad units identified in the Digiday article were almost certainly re-sold by a third party — and, unless the sales agent that repurchased that inventory fesses up, the offending network itself (the network the game developer was working with) may not even realize it has served it without performing an audit.

The second reason such deceptive tactics can be employed is that the mobile advertising ecosystem is the Wild West. Tracking, attribution, real-time inventory appraisal and purchasing, yield management, and analytics for mobile advertising are all in their infancy. Even the best intentioned actors simply can’t know everything about their campaigns: once a developer plugs its title into the morass, it loses almost all control over where and how its ads are shown.

The conditions that allowed these redirect ads to materialize won’t dissipate anytime soon; if anything, the continued concentration of revenue and users into a handful of hit mobile games will further encourage 3rd party ad resellers to pursue similar tactics for the foreseeable future.

The current mobile user acquisition model is deeply flawed — but ultimately, the motivation to fix its systemic defects will be driven by user backlash. Now that users are being directly aggrieved by brazen, shameless indifference to product experience from a small minority of bad actors, perhaps that backlash will foment.