The feeding frenzy on mobile 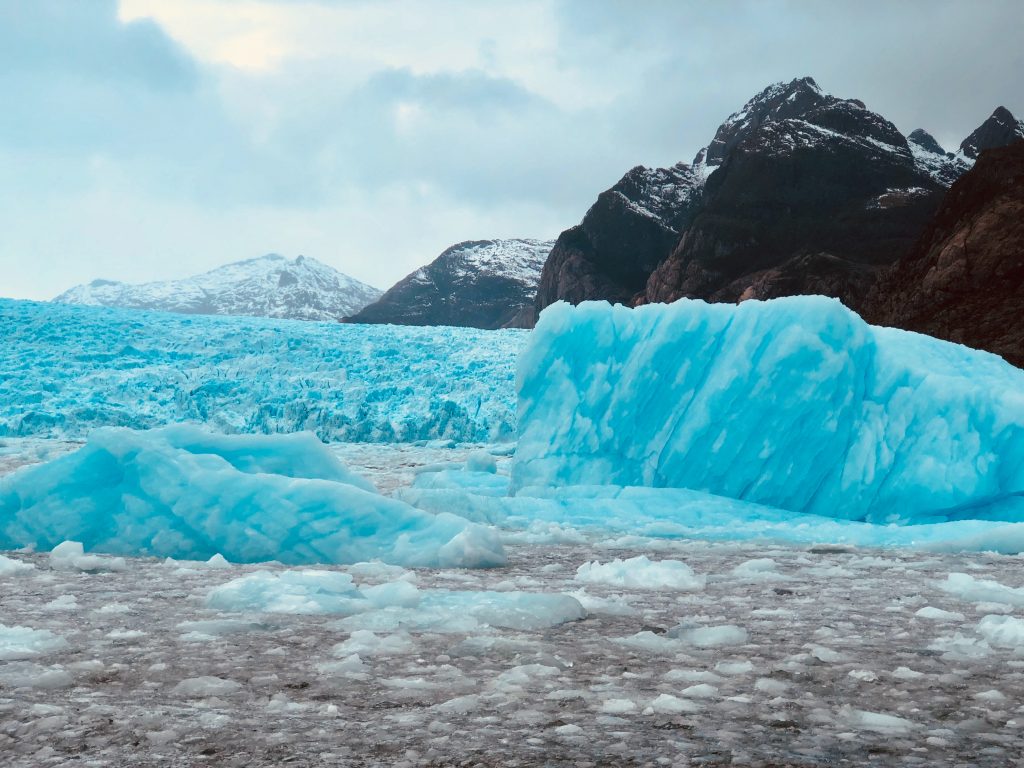 Last week, in a research note to clients, Credit Suisse published a dramatic chart: global smartphone shipments are expected to decrease by almost 10% year-over-year and nearly 20% quarter-over-quarter in Q1 2019: 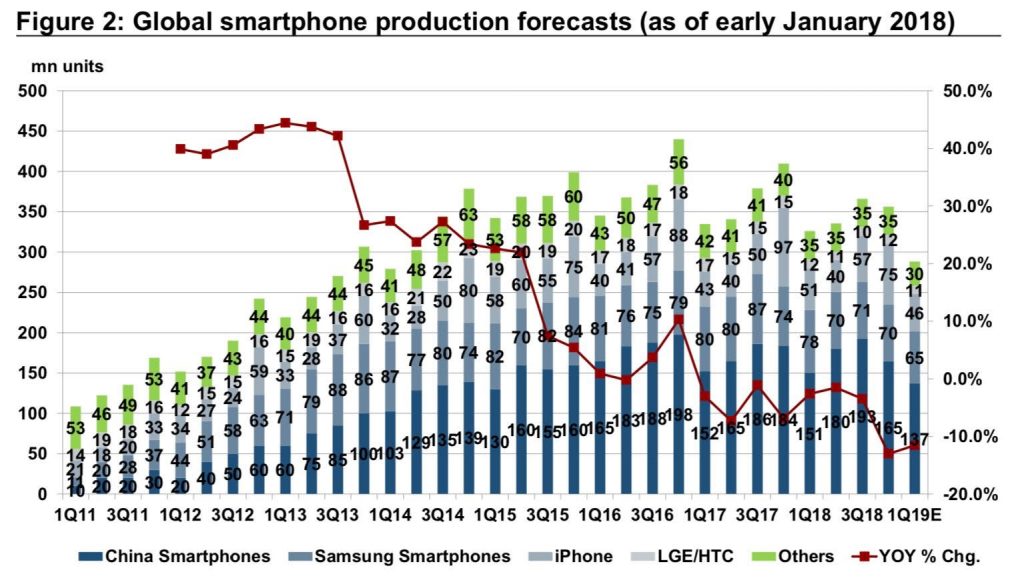 To Apple shareholders, this news was hardly a revelation: at the beginning of the year, Apple issued updated guidance for its Q1 performance, highlighting decreased sales in China as a major factor that would reduce overall revenue. Following the news, Apple’s stock slid by 10%: 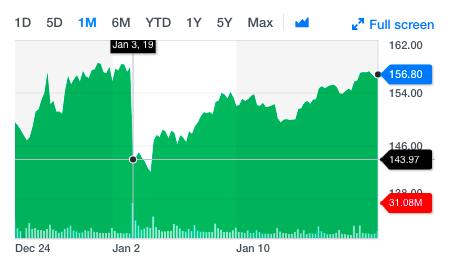 What are the broad implications of a slowdown in smartphone shipments — especially such a precipitous slowdown, driven in large part by a sharp decline in demand from China? For most analysts, increasing smartphone penetration in the developed world has been baked into assumptions around overall revenue growth projections for years; for the app economy in particular, increased smartphone penetration (read: smartphone sales approaching replacement purchase levels as very few people buy a smartphone for the first time) means more competition for a stabilizing number of people’s attention.

This manifests in upward pressure on advertising inventory, lower ad conversion, increased brand affinity, higher retention for category leaders, and in general a more stable and predictable marketplace. In some verticals, this probably means that the winners have already taken all: the categories are mature and stable, the incumbents are powerful, users are sticky, and exploration is minimal. Ride-sharing is probably in this state; dating is probably in this state; travel is probably in this state; gaming looks to be approaching this state. What this means is that a vertical is more or less defined and large changes in marketshare will only come from the disruption of that definition rather than through incremental innovation. This is the classic “disruption cycle,” diagrams of which will likely appear in many PowerPoint presentations from management consultants in the coming years at the offices of mobile-first companies who never imagined themselves not being at the front of the innovation curve.

But the truth is that smartphone replacement cycles have been lengthening noticeably for years, and it hasn’t taken a huge leap in logic to extrapolate that phenomenon out a few years into a state of total smartphone penetration in the developed world. The graph below from UBS exhibits a decline in replacement rates from as far back as 2013: anyone who hasn’t planned for this simply hasn’t been paying attention, regardless of a sharp change in behavior in any one geographic region. 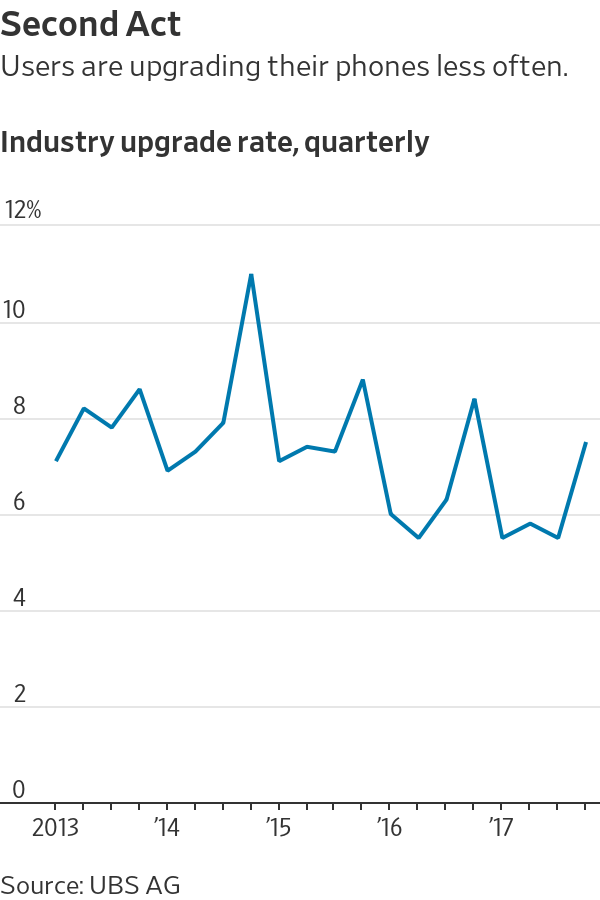 But what’s the takeaway? It’s that, without across-the-board tectonic shifts in human behavior — the rising tide of smartphone ownership that lifted all ships — mobile-first companies need to look for the specific bright spots of growth and habit changes that can support their businesses. For many companies, this has been the massive rise of video content consumption on mobile over the past few years, especially at the expense of television time: 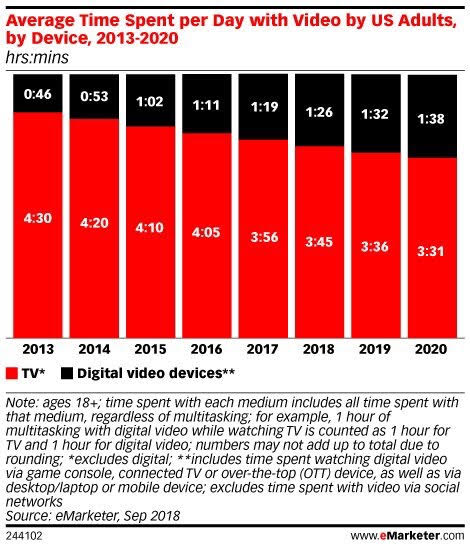 And what’s driving that? Cheaper mobile data packages, access to better hardware via robust second-hand (especially iPhone) marketplaces, generational comfort with smartphone video (the Gen Z generation grew up watching cartoons on YouTube — my former employer, Rovio, surpassed 1BN views of its Angry Birds animated YouTube content in 2013), etc. Smartphone penetration is nothing but a good thing for the companies that are focused on capitalizing on these behavioral shifts — the current environment is a feeding frenzy for anyone operating in the mobile video space, including companies that sell or facilitate video advertising inventory. 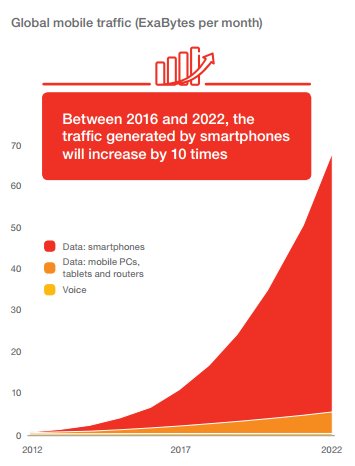 The companies that are leaning into the second mobile cycle are thriving, and the ones for which growth was always associated with that rising tide of smartphone ownership are facing existential frictions. This disruptive cycle is no different than any other: it’s bad for some, good for some, and rewards creativity and flexibility.