Streaming Video is a massive story on mobile 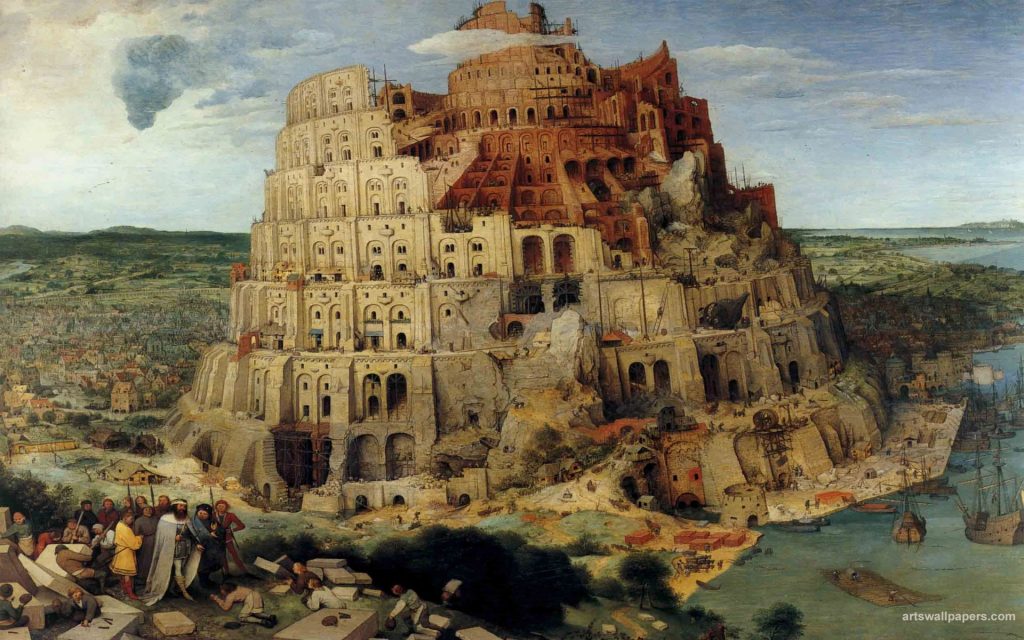 One of the most noteworthy talking points from last week’s Facebook’s F8 event — the company’s annual developer conference, in which it updates the general public on its product roadmap and general long-term corporate strategy — was Mark Zuckerberg’s introduction of the company’s new Augmented Reality platform, which will let developers create features that can integrate into Facebook’s camera product.

Almost immediately following the announcement, many tech pundits declared the smartphone dead: assassinated by Facebook in an attempt to sidestep the mobile platform owners, Apple and Google, that dictate the terms of its existence as a web of mobile apps. According to the pundits, AR will be the means by which Facebook ushers humanity into a brave new post-smartphone world — at some point.

There are a few problems with this, the first of which is the presumption that the smartphone is simply a stepping stone form factor that will inevitably go extinct in anyone’s lifetime. Thinking of the smartphone strictly as a specific form factor is probably flawed, in the same way that thinking about the “internet” as a specific protocol of data transfer is flawed. Mobile devices will almost certainly look different in five or ten years than they do now, but that doesn’t mean they won’t belong to the same hardware species as the original iPhone, even if the amount of AR content consumed on them increases dramatically.

The second problem with this line of thought — that Facebook will catalyze a post-smartphone hardware epoch — is that Facebook itself doesn’t really seem totally convinced of it. Facebook’s CTO, Mike Schroepfer, said of Facebook’s dedicated AR hardware ambitions:

“If we can build an interesting business building hardware, that’s great…But if that doesn’t work and it just creates an ecosystem and we have an awesome network to run on top of it, that’s great too.”

Which is to say: Facebook may shift its AR strategy to dedicated hardware like Snap’s Spectacles, the distribution of which is set to expand this year, and to even more sophisticated hardware further in the future, but the introduction of its AR strategy will be made on the smartphone, and that very well could be all it amounts to.

Could Facebook kill the smartphone with dedicated AR hardware in 10 years’ time? Sure, possibly. But that’s far from a certainty, and in the meantime, its AR strategy is wholly reliant on the smartphone. But tech industry prognosticators are more incentivized to speak in broad, sweeping statements about the long-term future, making many bets about the paradigm that comes “next” — because in order to be a visionary, something always has to be right around the corner. And the nice thing about doing this is that it’s very hard to be held accountable for predictions that don’t pan out. Some people thought the Yo! app was not a trivial, short-lived viral phenomenon but rather a paradigm shift in mobile communications. Every few months, the app economy is pronounced deceased, either killed off by some new form of content consumption — chat bots! — or asphyxiated by broken app discovery.

The sad thing about talking about what comes after the smartphone has died is that a very exciting story is unfolding right now on mobile: the stunning rise of streaming video. Video advertising has been a massive story in mobile for years — I called it one of the megatrends of 2014 — but streaming video as a content format has made extraordinary strides on mobile over the past year, with no sign of abating as some of the biggest contenders pour massive amounts of resources into growing their streaming video offerings.

In its latest quarterly report, SensorTower points out that Netflix grew into a Top Grossing app over the course of 2016, reaching the #1 Top Grossing position in November of last year. 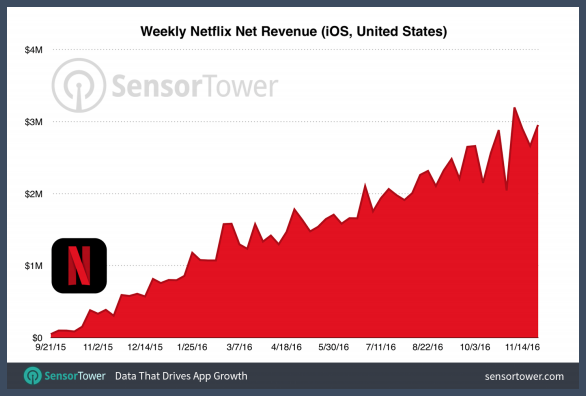 And it’s not just Netflix: as of this writing, Netflix, YouTube, Hulu, and HBO Now all hold Top 20 grossing positions (iOS / US / overall). YouTube especially is experiencing substantial revenue growth on mobile, despite seeing only modest user base growth in the US as a result of being near a saturation point:

These companies are investing incredible amounts of money into content production to capture viewers’ time. Netflix is expected to spend about $6BN on content this year, with Amazon expected to spend about $3.2BN. And Facebook will soon reportedly change its agreements with existing video publishers to encourage the development of more produced content (versus live content, which it has been paying for over the past year). Video is of course a considerable initiative for Facebook, and it plays an ever-increasing role in its advertising revenue strategy as its mobile MAUs continue to increase. 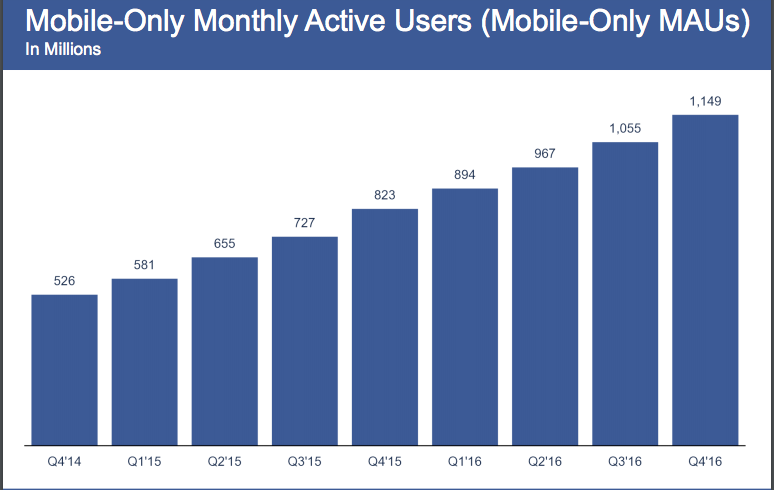