Mobile ad networks: in the land of the blind, the one-eyed man is king 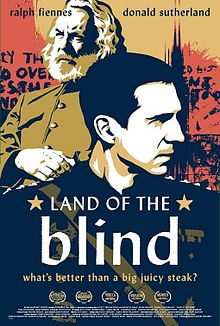 The mobile advertising landscape is caught in a strange, dynamic, transitionary stage. Information — about everything: mobile ad networks, platforms, advertising identifiers — becomes irrelevant so quickly that the only true expert on mobile acquisition is the person launching an app right now. No one else has accurate information about the state of the market; the tectonics simply shift too rapidly.

The dearth of actionable information about ad networks presents a challenge to the user acquisition professional; how does one prepare for a paid acquisition campaign if he doesn’t know anything about the state of the marketplace? I believe this question is answered by accepting as true a few fundamental conditions of mobile advertising:

The fundamentals of user acquisition have more impact on the success of a campaign (and an app) than conditions which change on a daily basis. The only “expert” on ad network prices, fill rates, quality, etc. is the user acquisition manager in the middle of an app launch.