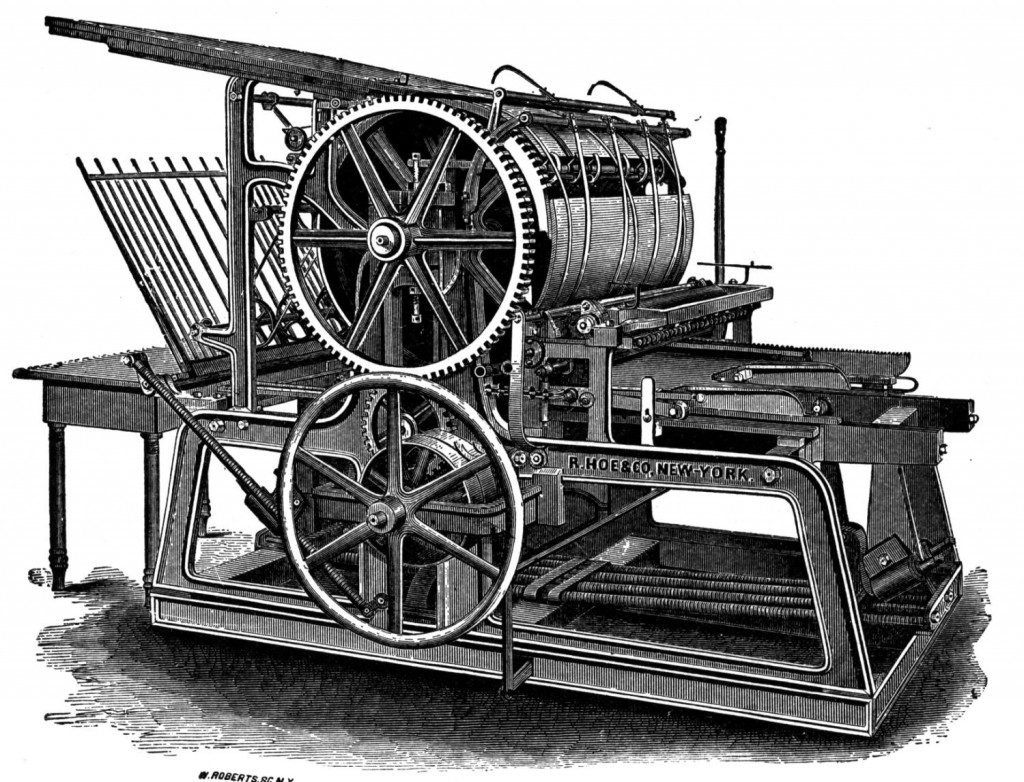 In my 2017 predictions for mobile gaming post, I anticipated a fundamental change to the predominant mobile games publishing model, which works on a revenue share basis and mostly replicates legacy gaming publishing arrangements with publisher as distributor and developer as content creator.

This model doesn’t work when the distributor and content creator roles aren’t adapted to the mobile ecosystem. Relationships with the point-of-sale operators (in the boxed goods days, big box electronics stores) aren’t sufficient for success on mobile: some mobile games publishers promise introductions to Apple and Google but little more, tying developers up in lengthy contracts that don’t bring any value if platform featuring isn’t attained (or, perhaps even worse, not providing any additional marketing support to a title after featuring is attained, leaving the game to wither and eventually die after the torrent of featuring ends).

Mobile revenue across all apps was up 40% year-over-year from 2015 to 2016, but much of that revenue is being captured by older companies with large existing user bases on mobile, some of which are becoming distribution platforms themselves: 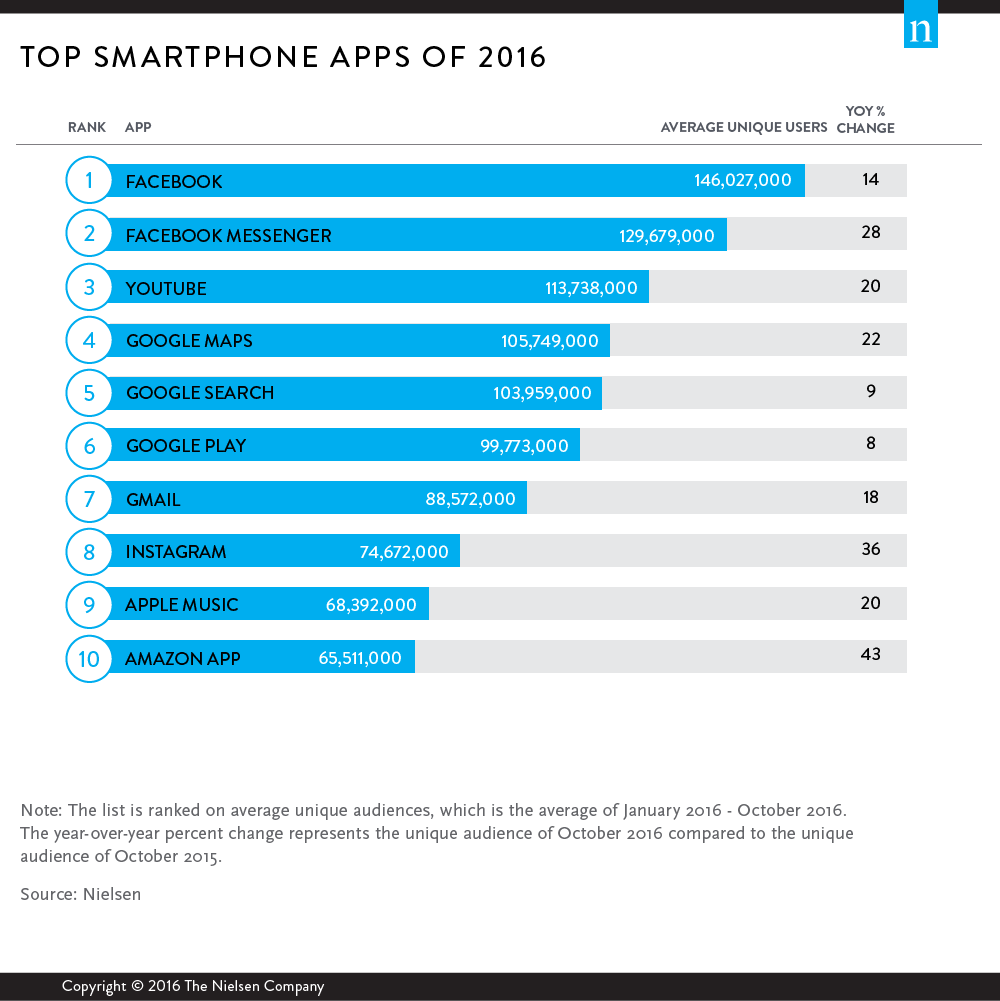 For games specifically, growth is expected to slow to about 14.5% annually through the end of 2021, according to Tim Merel at Digi Capital: 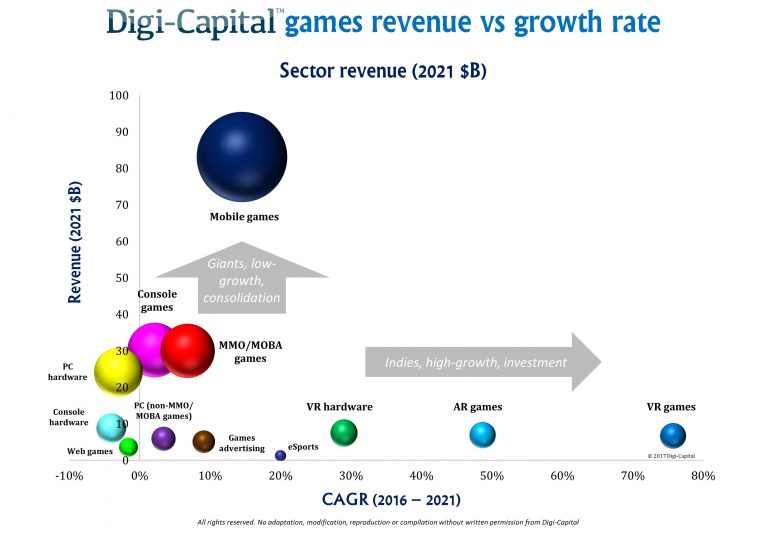 Additionally, consolidation in the gaming sector is picking up while investment is slowing, with investment volume last year at its lowest level since 2010, before the mobile free-to-play boom:

All of this is happening against a background of hyper-competition in the general app economy that is driving massive increases to mobile marketing spend and rendering a large existing user base on mobile (capable of being monetized and cross promoted) into a significant competitive advantage for developers: 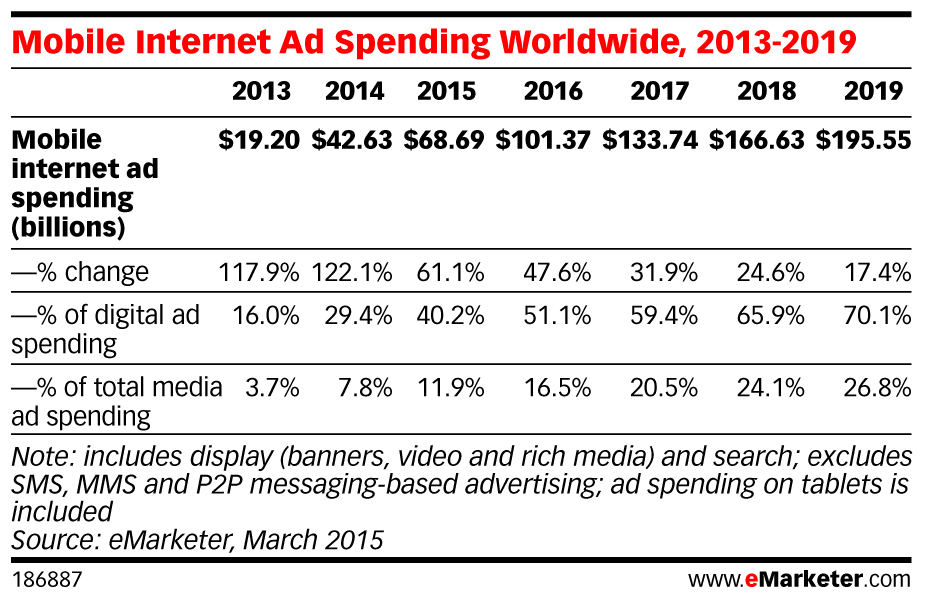 So while the market matures, gets more competitive, and forces participants to compete for attention on the basis of balance sheets — a setting that is anathema to VC investment — mobile games publishers serve a more important role than ever.

But many developers don’t know what to look for in publishing deals, and some unscrupulous publishers with tenuous value propositions are able to use this lack of sophistication to trap developers into punitive contracts that require minimal to no investment on their part and at best produce limited, short-term cash flows (eg. following a featuring). In a potential publishing arrangement, a developer should look for consideration in areas that are not directly related to the development of a game yet nonetheless contribute significantly to a game’s success: Distribution, Analytics, and Platform Relationships.

The focus of this article is on the first area, distribution, since it’s generally the most contentious in publishing deal negotiations and it’s also probably the most significant single basket of deal terms with respect to the long-term viability of a game. Note here that distribution is considered to be separate from platform relationships: pitching for platform featuring alone isn’t enough of an obligation on the part of a publisher to constitute “distribution”. In this article, distribution is defined as performance marketing, and the centerpiece of any publishing deal should be the commitment (and wherewithal) of the publisher to finance the growth of a game.

Distribution (or, rather, marketing budget) is usually allocated (“unlocked”) on a milestone basis and then scaled up based on performance. Two common “gates”, or milestones, that unlock user acquisition or more general marketing budget are the release of a game into soft launch and the subsequent release of a game into global launch. The requisite gate standards (that is, how it’s decided that the game moves into those phases) for each should be agreed upon fairly explicitly in the contract, even if those standards are qualitative.

For the progression from soft launch into hard launch, specific metrics should be identified that unlock marketing spend (eg. in new territories) or qualify the game for a global launch. These metrics are generally retention-based (eg. Day 1 / Day 14 / Day 30 retention values of X%, Y%, and Z%) but they might also be based on marketing performance relative to the soft launch territories the game is live in (eg. 20% profit margin on acquisition of X thousand new users per week across countries A, B, and C, which speaks to the game’s distributability). If the game meets the standards for global launch, the developer should expect some minimum amount of money to be committed to the global launch budget.

There are three important things to note here:

1) the above assumes the publisher runs user acquisition internally. This should be the case: a developer should expect that at least some portion of the user acquisition budget being spent is handled in house (versus allocated to an agency) and that the publisher owns the necessary technology to handle those campaigns (again: publishing should ultimately mean outsourcing operations, not outsourcing outsourcer management). It’s important that the publisher handles the optimization process for managing the campaigns for the game: campaign asset creation, app store asset testing, etc.

3) Some publishers offer a certain amount of installs via cross promotion from their own titles as a means of distribution. There are a two things to consider if this is the case. The first is whether the publisher would prioritize a published game over their own with respect to cross promotion (that is, would they shift a user and their revenues into a published game from their own). And the second is whether the publisher’s users are relevant to the game being published.

The financial terms of a user acquisition offering almost always include the recoup of all marketing spend before a revenue share is granted (that is, the publisher gets paid back on marketing spend before any revenue is distributed to the developer). This is fair, but it can cause conflicts if the publisher sees a growth opportunity (eg. spend 100% of revenues on user acquisition to grow the title) and the developer needs cash flow from the game to finance operations. It’s possible to put a cap on marketing spend as a percentage of revenue, with spend above that amount requiring consent from the developer.

And it’s in this area that publishing models are evolving the most fundamentally. Some publishers have broken out core publishing activities (operating user acquisition campaigns, analytics, etc.) from financial commitments to user acquisition and are offering the latter as independent products, in addition to non-publishing companies that do this (such as, in some cases, banks that are able to offer lines of credit specifically for use in marketing activities). In de-risking publishing by alleviating some of the financial burden around user acquisition (or allowing publishers to diversify that risk more evenly across many more published titles via the “UA fund” debt paradigm), empty space is created for more publishers to enter the market.

So at least there’s reason to hope that the model will change, allowing publishers and developers alike to make money without burdening publishers with an untenable amount of risk or developers with onerous revenue shares that prevent their companies from growing.