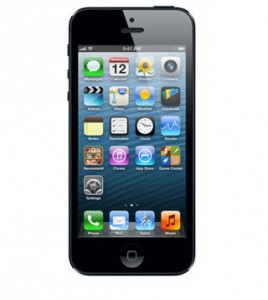 It’s interesting to see the debate around mobile vs. web first erupt again for the consumer web (see here and here), as this topic was mostly put to bed in gaming about a year ago when the largest developers transitioned from Facebook to mobile. Zynga appears to be the last holdout on that front, as even Wooga is now devoting more developer resources to mobile than to Facebook.

The discourse is nuanced, of course: gaming is a specific vertical with idiosyncrasies that aren’t relevant for consumer web. But I think the fundamentals of mobile are the same for both gaming and for the consumer web, especially around user behavior, and so I think some consumer web professionals might find an examination of the discussions that took place around mobile vs. web in gaming months back informative.

The most significant difference between mobile and web as platforms, in my opinion, is user acquisition — and it is much easier and cheaper on the web (this article gives a good overview of why user acquisition is difficult on mobile; my own thoughts on the subject are well documented). On the web, a service has a multitude of channels from which to draw users and multiple external APIs (Facebook, LinkedIn, Twitter, etc.) to connect its service to for facilitating virality. A new service can launch on the web with a small PPC campaign and scale its user base into the thousands quickly with well-optimized virality hooks.

The same is impossible on mobile: user acquisition is limited to paid campaigns (expensive), app store search (not effective yet), and conversions from the web (ineffective). “Organic” app discovery, in the same way that it exists for web as a platform, is simply not a dependable source of users for a new app; a developer can’t launch an app with a non-existent user base and expect to reach scale quickly without spending a significant amount of money on user acquisition.

The question the newly-revitalized debate around web vs. mobile first poses is whether user acquisition represents enough of a challenge to disqualify mobile from being a service’s launch problem. After all, a sub-optimally designed service with users can make money; a perfect service with no users cannot. Should a new service launch on web first because the resource requirement in mobile user acquisition prohibits launching on mobile? The answer to this is question is obviously context-dependent, but I think mobile first still makes sense in many cases for the reasons that catalyzed gaming’s shift to mobile about a year ago; once an app can clear the acquisition hurdle, mobile boasts some significant advantages over web.

Retention is easier on mobile than on the web. Some people may disagree with me about this, but mobile features structural interaction features that allow developers to better retain (and re-engage) users of their service than are provided for on the web: push notifications and app updates. E-mail re-engagement rarely works well, and it’s essentially the only channel a web service has for connecting with inactive users. So long as a user doesn’t delete an app after using it for the first time, an app developer has an effective medium for re-engagement. And app updates serve as a signal to users that a service has been improved upon or iterated, which is difficult to achieve on the web.

Furthermore, mobile is ubiquitous: the mobile platform provides many more settings in which an app can be used. I can use a mobile app on my phone while on the bus, in a waiting room, in an elevator, etc. and then at home on a tablet, but the only time I use web services is while at work. This isn’t to say that all (or even most) app developers optimize their products for multi-setting use, but it’s at least a possibility, and when utilized well (see Clash of Clans: multiple game modes accommodating small and large screens, short and long play sessions), mobile simply provides far more opportunities for use than the web.

Monetization experiences less friction on mobile than it does on the web, especially on iOS, where Apple established the precedent of linking one’s credit card to their mobile phone long ago with iTunes. Web monetization is not centralized across services, which leads to clustering: users only monetize on sites they know they’ll make frequent purchases from — eg Amazon — because they don’t want to submit their credit card information to multiple services. Certainly this was the case when games moved from Facebook to mobile: Facebook credits represented a massive friction in the monetization process because users couldn’t see a use case for purchasing them beyond gaming, whereas on mobile gaming is but one genre of apps that users might purchase from.

Monetization has been suspiciously absent from the renewed debate around mobile vs. web first, which is odd: what’s the point of developing a service if not to make money? The ease of acquiring users on web isn’t put to good use when those users aren’t driving any revenue.

Going back to the ubiquity of mobile, I’ll make the case that mobile is inherently more viral than the web because it fosters word-of-mouth discovery that converts better than web virality. A real-world app recommendation — ie showing someone an app on one’s phone or tablet — is the highest quality means of discovery a developer can achieve, and it isn’t a possibility on the web.

Unfortunately this kind of viral discovery is impossible to measure, but the proof of its effectiveness is in the pudding: many of the highest grossing apps in the App Store spend very little on paid acquisition campaigns because they enjoy “look at this” virality. The decline of Facebook virality is probably the single largest factor that drove gaming’s move to mobile — word-of-mouth discovery is impossible on the web, which puts severe upward pressure on eCPI prices.

At the end of the day, a service needs both web and mobile touch points that users can reach it on. And web first makes sense in a lot of cases, with Quora being a great example. But mobile first is still a valid strategy: it makes as much sense now as it did months ago when it was being championed as the “next big trend” in consumer internet.