3 consequences of the mobile advertising duopoly 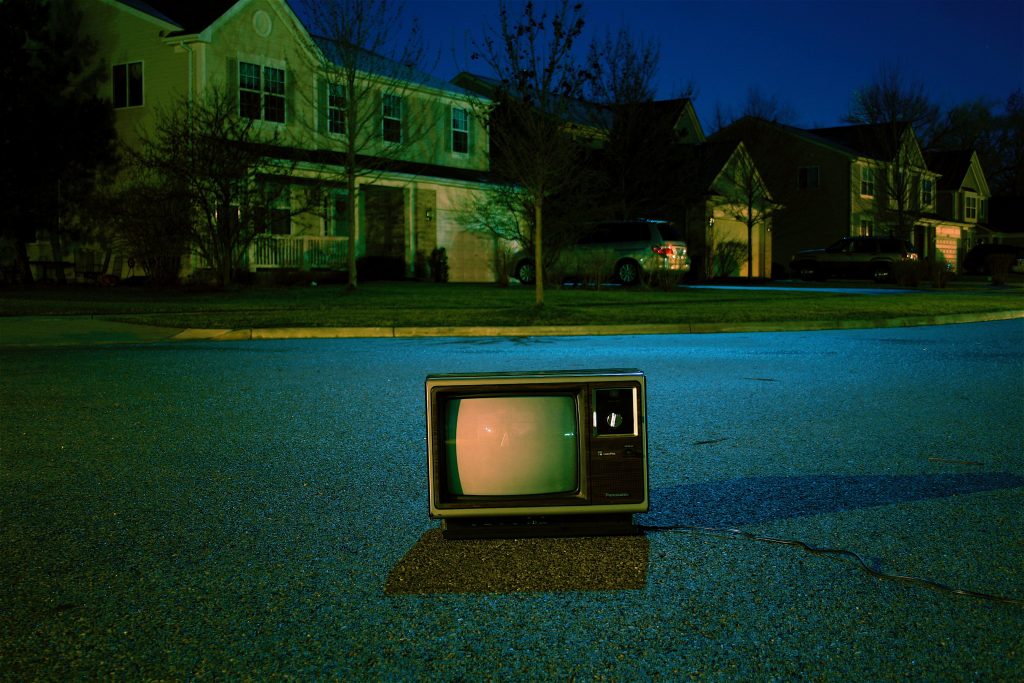 Forrester released its annual Online Display Advertising report (it can be found here, but it’s $499 for non-clients) last Wednesday. The report dedicates a considerable amount of time to considering the impact that the “walled gardens” of the largest mobile platforms — Facebook and Google — will play in advertising, especially mobile advertising, going forward: it’s not news that Facebook and Google have captured an enormous amount of advertising market share and are capturing more or less all of the growth in the sector. The IAB reported this year that Facebook and Google represented 89% of all revenue growth in the industry for 2016, leaving just 11% for “everyone else”:

What are the implications of this on mobile? I think they can be broken down broadly into three groups of consequences:

As the locus of content consumption shifts ever more toward the smartphone, traditional media channels like television are suffering. The consolidation of advertising spend in Facebook and Google accelerates this decline: as these two platforms become bigger and invest more heavily into advertising tools and formats, they become an even more efficient destination for advertising spend than traditional channels. This was the crux of the point made in Forrester’s report, but what does it look like?

The most obvious metric is a rise in the amount of time that people spend watching video (which accommodates video ads) on their smartphones: 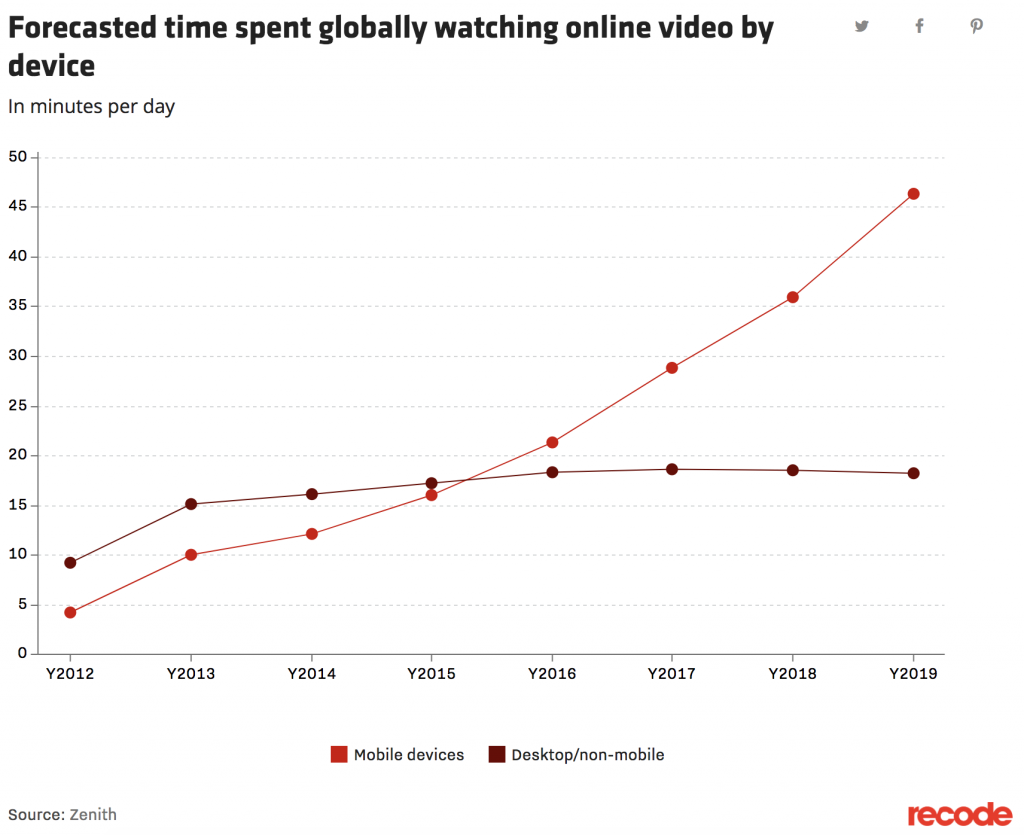 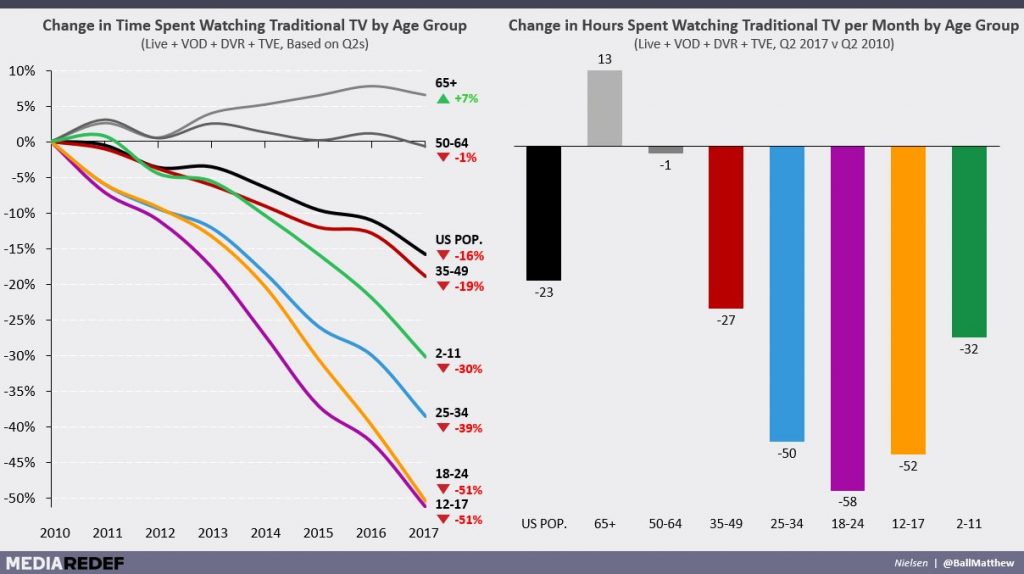 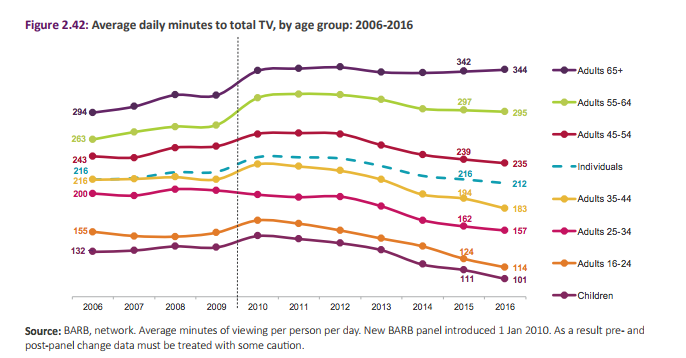 And in a rise of the “cord cutters” and “cord nevers” cohorts, which are people that either totally unsubscribed from traditional television cable packages or never subscribed to any in the first place:

And somewhat oddly, it has also altered the form of traditional television commercials as producers adapt to changing expectations around the look and feel of video advertising. Specifically, TV commercials are getting shorter to fit the mold of mobile video ads: 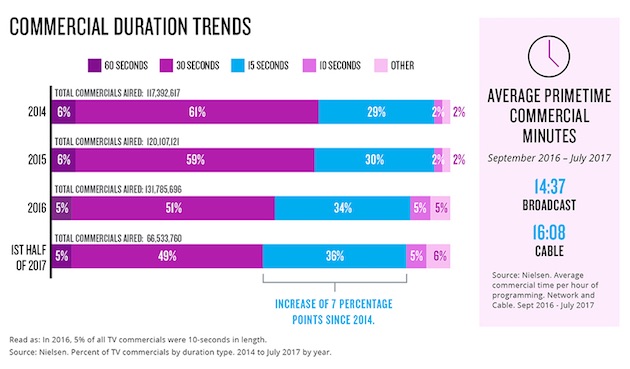 As I’ve written previously, Snap more or less pulled the ladder up behind it with regards to launching a major social channel on mobile. While Snap’s owners and investors made tremendous amounts of money on its IPO, public markets have not treated its stock well:

Interestingly, public markets didn’t reward the company on news of its redesign, as they usually do when Snap announces new ad formats or partnerships. After Snap’s disastrous Q3 results, which drove its stock price down by 16%, investors may believe its anemic growth and relatively low ARPUs are a permanent ailment inherent with trying to compete with Facebook. 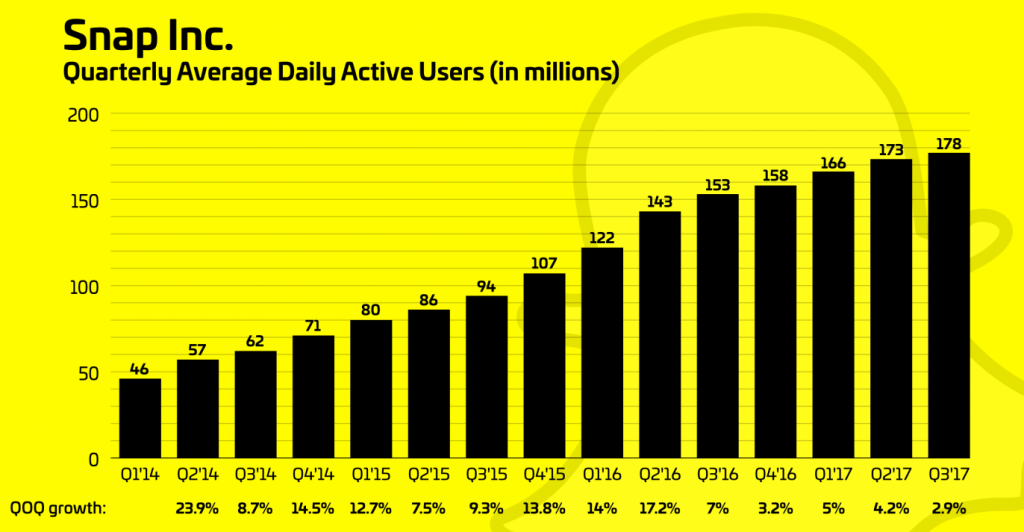 Will any company that even vaguely competes with Facebook be able to grow to the IPO stage? tbh, the teen-oriented app , clearly didn’t think so: it sold to Facebook in the midst of its explosive growth.

This is an obvious extension of market concentration, but it will be interesting to watch play out in 2018: with Facebook and Google almost completely owning the mobile advertising market, what happens when the “everyone else” category (as represented in the IAB analysis above) evaporates completely?

We’ve seen what Google and Facebook do when there’s still pie to be had without competing head-on with each other: Google consolidates all ad formats into UAC and Facebook focuses product development on value– and event-optimization ad formats. What comes next from that? How aggressively will each company attempt to produce total lock-in, and what forms will that take? This will be interesting to observe over the course of 2018, especially in light of the increased scrutiny of the biggest advertising platforms from government agencies.

Photo by Frank Okay on Unsplash