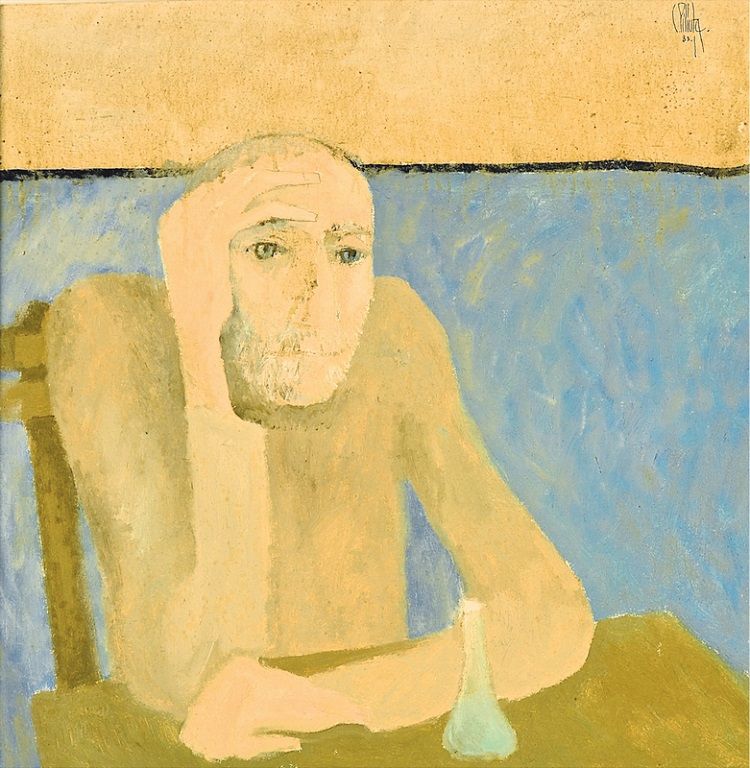 A pair of studies released in June affirmed the pain many app developers feel with respect to gaining traction in the crowded app economy: smartphone owners only use a limited number of apps per month, and most of their time in apps is concentrated across a very small number of them.

The first study, by Nielsen, revealed that the average number of apps that users open on a monthly basis has remained relatively stable over the past two years between 26.5 and 26.8 (although average time spent in apps per month has increased by more than 50% in the same period). 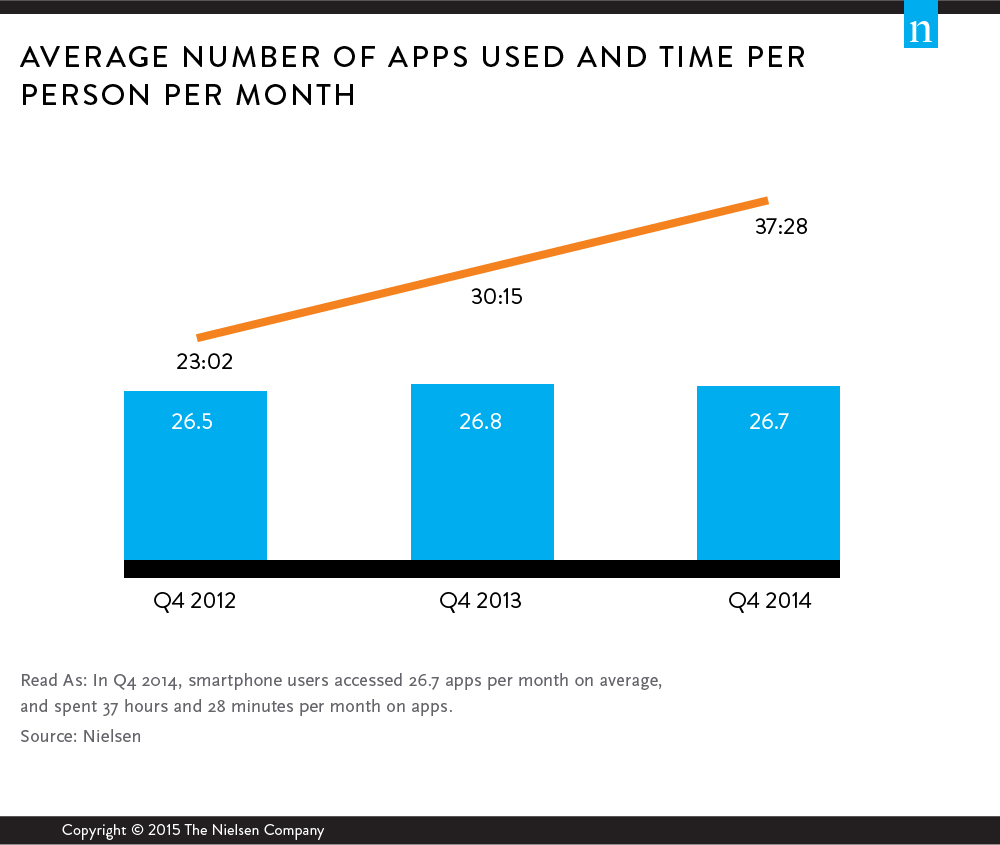 The second study, by Forrester Research, found that while 85% of time spent using smartphones is spent within apps (as opposed to the mobile web), just five apps accounted for 28% of that time in the US: 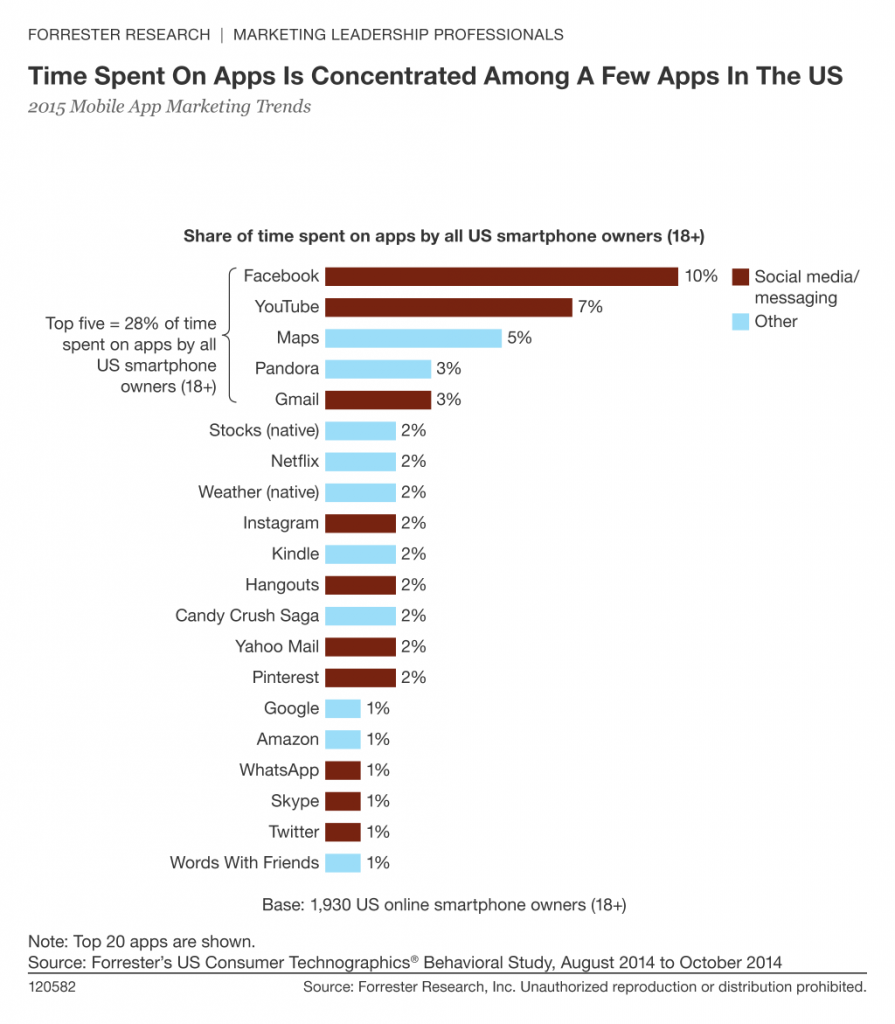 (It’s interesting to note that Forrester seems to use the word “native” within the context of this report to refer to apps that come pre-installed on a user’s smartphone.)

Two broad conclusions can be drawn from the combination of these revelations:

The first is that, if an upper limit on the number of apps that users can interact with has been found (and the Nielsen study suggests that it has), then the purpose of mobile marketing must shift to accommodate the market saturation that has caused it.

In other words, if a limit has been reached on the number of apps that users are interacting with, then it means that users are no longer seeking out new apps to install; that users within the app economy have reached a level of contentedness with respect to the provision of entertainment, chat, news, stock information, weather information, etc. on their smartphones and they are not actively seeking new or alternative sources of those things (this was corroborated by another study about one year ago which found that most users download 0 new apps each month).

This is the “known unknowns” problem: if a smartphone owner has a go-to category leader for every known app variant (the aforementioned entertainment, chat, news, etc. list), and her personal network of friends are all using those leading apps, then she has no “known unknown” app needs (that is, her app needs are being met and she has no reason to be proactive about finding new apps).

This avails developers of only two options for getting their apps into the hands of new users: aggressive marketing that showcases the obvious and significant benefits of their apps over entrenched category leaders, or creating demand for a new app category: an “unknown unknown”. A good example of an “unknown unknown” category is the the set of apps that has emerged to integrate directly with Facebook Messenger.

The second conclusion that can be drawn from this data is that search is a wholly inappropriate means of app discovery. There exist some conceptual deficiencies of search for discovery on any platform (calling back the “unknown unknown” discussion: how does one search for a product that serves a completely novel, unprecedented purpose?), but specific to mobile, search is a terrible way of surfacing new products, for a multitude of reasons:

1) Mobile is not an open ecosystem. The desktop web is a seemingly infinite mass of content that is parsed through and explored through search engines that are incentivized to serve the most relevant results for leading, intent-driven queries (along with ads). This isn’t necessarily true for the app ecosystem platform operators; they have separate sets of incentives, and they have the means of prioritizing the apps that best serve those incentives (which aren’t relevant to web-based search engines).

Besides, the processes of search on mobile and desktop are fundamentally incomparable: one involves loading up a storefront that basically serves as a set of billboards, and the other involves navigating to a page that is designed to be as austere, sterile, and seemingly objective as possible.

2) There can never be a PageRank equivalent on mobile. Deep linking is a marketing tool, not a quality proxy.

3) Textual analysis is not an appropriate way to index apps. Text analysis and classification makes sense for content that is meant to be consumed (eg. text-based websites), but it doesn’t make sense for interaction-driven content. What would a textual analysis say about Snapchat? Giphy for Facebook Messenger? A banking app?

When the only relevant text for an app to be qualified through is a limited set of keywords submitted as meta data to an app platform, then the value of those keywords immediately evaporates as they become optimized for absolute visibility. If a PageRank equivalent can’t exist, then the platform operators have no means of punishing bad actors. 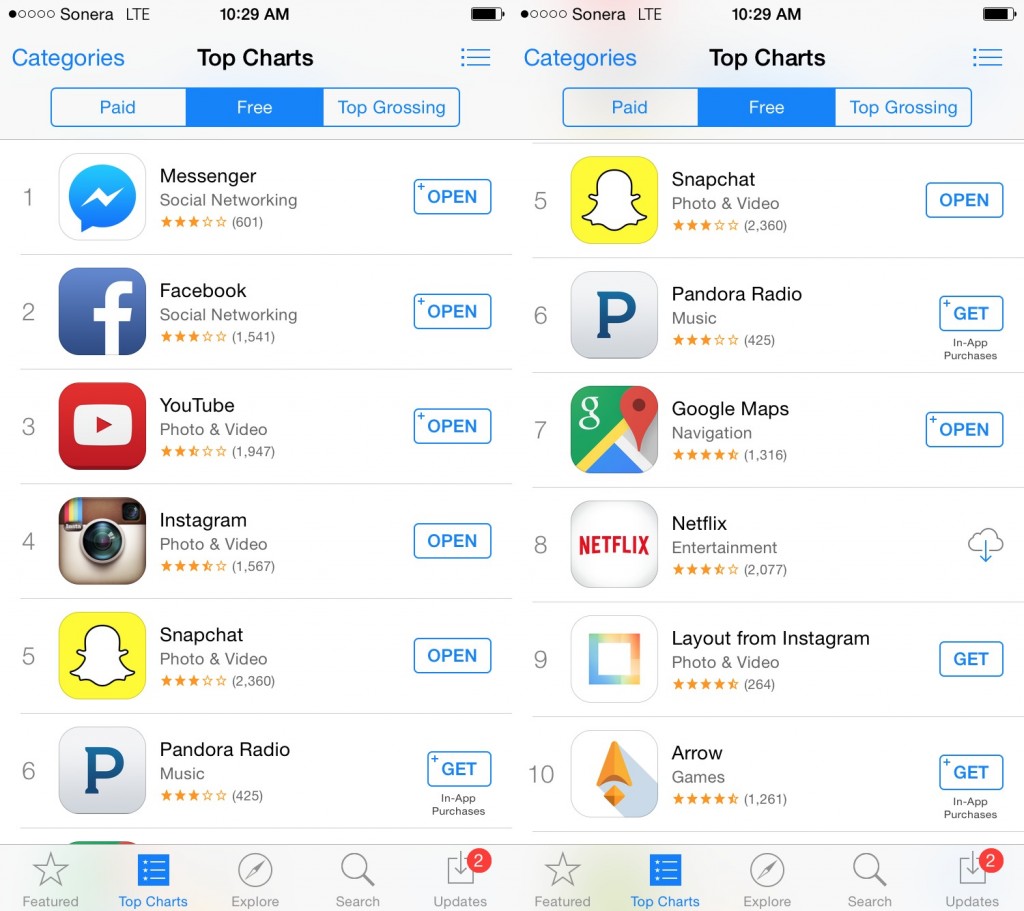 Of the apps in the Top 10, only two — Snapchat and Arrow, a game from viral studio Ketchapp — are from developers that didn’t have massive user bases before the App Store launched in 2009.