Facebook and Google announced two initiatives this summer aimed at expanding the reach of mobile deep linking. At its F8 conference in April, Facebook revealed App Links, an open source app-to-app linking standard that will allow app developers to link to specific pieces of content in other apps. And in June, Google announced on its official search blog that it would be opening its App Indexing program to all Android developers, essentially inserting links to relevant in-app content into mobile search results. (For a primer on mobile deep linking, see this datasheet by Fiksu.)

While this news was received warmly by app marketers, who now possess an additional tool in re-targeting existing users and passing users intelligently between apps in their portfolios, these new deep linking initiatives are unlikely to improve non-paid app discovery. In fact, the growth of mobile deep linking will likely strengthen fortify the most popular app constellations, increase viewership concentration within the mobile ecosystem, and raise the barrier to entry for competing in mobile.

One common sentiment about mobile deep linking is that it brings the mobile ecosystem closer, with respect to infrastructure and functionality, to the manner in which the desktop web operates. But the fundamental problem with this comparison is the app install process: whereas desktop web users can access immediately any desktop web destination they’re linked to, the same cannot be done on mobile without an app installation taking place. Apps are not analogous to desktop web properties; mobile web properties are. And users are increasingly expressing their preference for using apps over browsing the mobile web. 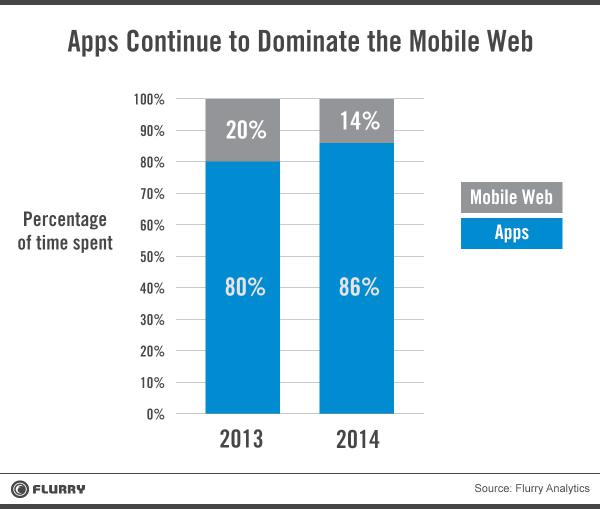 1) Mobile installs are valuable, and developers won’t simply give them away.

The app install is a major behavioral hurdle to product adoption; its significance lends it value, and because of that, app developers will not be willing to charitably give away deep links to other apps. Since search engine discovery on the web is primarily driven by content, not functionality, links to other websites can be given away freely without negatively impacting a site’s search engine rank.

Put another way: a site with excellent content might induce increased repeat readership and whatever form of monetization that entails by providing its readers links to other with excellent content. This increased engagement could lead to further dissemination of the site’s own content, producing more inbound links and thus bolstering the site’s search engine visibility.

Mobile apps don’t work the same way; firstly, they are mostly action-driven with respect to achieving some objective, rather than content-driven (Jason Baptiste describes this expertly in this article as the verbs vs. noun + adjectives distinction). The benefit of linking to from one app to another, after achieving the initial install, is hard to imagine in terms of driving user engagement and repeat use (unless the app itself is a discovery app). Apps already do link to other apps in the form of app-install ads; could giving that link away for free really produce enough goodwill amongst users to outweigh the value of selling it?

This dynamic will result in developers with portfolios of apps simply deep-linking within their portfolios contextually and keeping users within their broader user base. When users are fungible, and their value is derived not from advertising but through in-app purchases, app developers are incentivized more to build portfolios than to deep link freely to other apps. The current app constellation trend will probably only accelerate as deep linking technologies mature, meaning deep linking will benefit the largest developers — those with the largest existing user bases capable of producing and growing multiple single-purpose apps.

2. The app install is still necessary.

Google’s App Index program is an excellent way to transition users from mobile search into in-app activity, but only for apps those users already own. This means the biggest apps – those with the largest user bases – will benefit singularly from App Indexing and thus grow as a result of the virtuous cycle it creates.

For Google to shoe-horn apps outside of a user’s existing install base into search results would be to slow the process of getting immediate gratification in the pursuit of information, which is its raison d’être. And because of this, mobile deep linking will in no way create an app equivalent of PageRank; merely linking to another app does nothing to indicate the importance or relevance of that other app, which is wholly dependent on its existing user base.

Consider that PageRank is predicated on the probabilities of users arriving at destinations by randomly clicking, as well as a probability that, at some point, any given user can be expected to stop clicking (called the dampening factor in PageRank). But the user in this theoretical web universe has every single website at their disposal, whereas a mobile user has only their local version of the app universe – whatever apps they have installed on their device – to choose from.

Calculating a dampening factor for the mobile app ecosystem would then depend on the probability that, when deep-linked to an app they do not have installed (and thus forwarded to the app store page for that app), the user would decide against downloading it. This is unknowable because it’s completely dependent on any particular app’s store profile (description, screenshots, reviews, etc.) as well as the state of the user (WiFi vs. data, space available on the device, etc.). 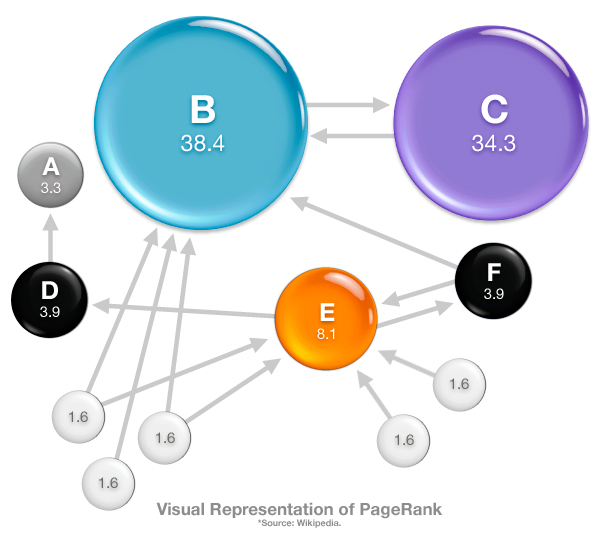 In other words, a global PageRank for the mobile app ecosystem doesn’t make sense because there is no way to determine what in-app search results could be most relevant for a given user. And if Google, or any search engine, can only build a local PageRank – that is, a PageRank constructed from the apps a user has installed on their phone – then this further rewards app developers capable of 1) linking to apps within their portfolios and 2) spending lavishly on marketing to ensure that deep-linked app content is included in mobile web search results.

While mobile deep linking very well may be a significant boon to mobile marketers, it seems unlikely to appreciably improve the organic app discovery process. The app economy was designed to be winner-take-all; technological innovations and new tools to assist marketers seem to only further reinforce that design choice.