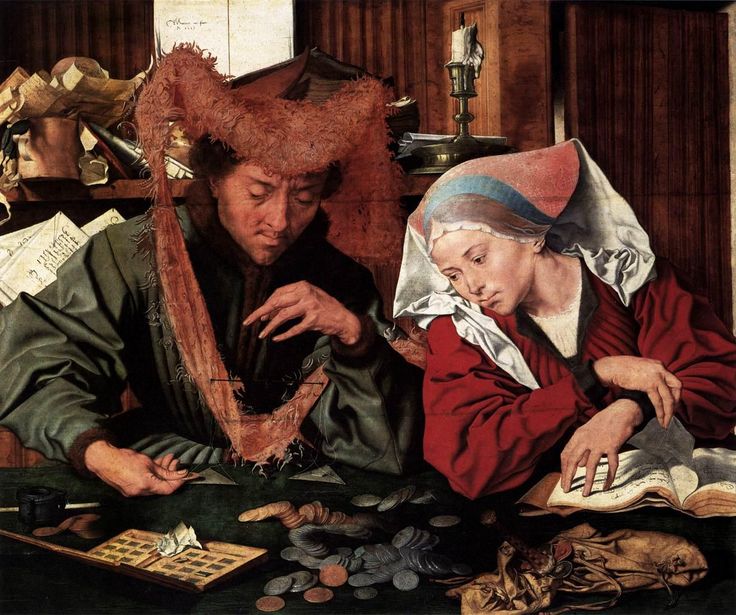 I delivered a presentation last week at Casual Connect Amsterdam entitled “Optimizing User Acquisition for an App Portfolio”. In the presentation (which can be viewed here), I argued that, in addition to the traditional, obvious benefits of operating a portfolio of apps and cross promoting users between them, such as smoothed revenues and protection against shifts in consumer sentiment, by operating a portfolio of apps, a developer can effectively hedge against future increases in marketing costs by acquiring users for a future app now. 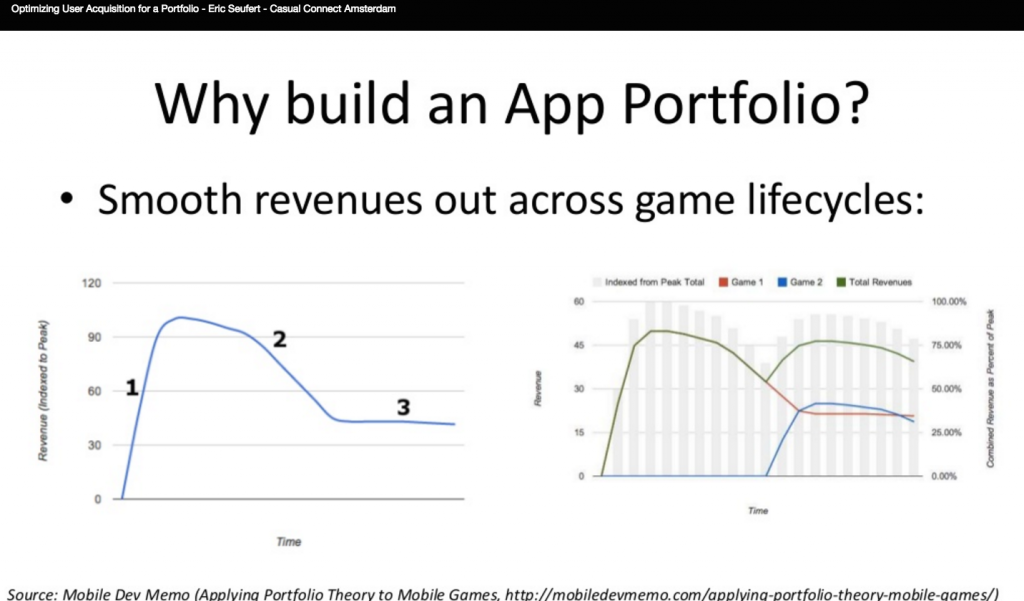 Conceptually, this seems straightforward: if mobile marketing costs (that is, the cost of impressions in other apps) are volatile in the short term but can generally be expected to increase in the medium to long term, a developer can “lock in” a price for ad impressions in the future by acquiring users now and cross promoting those converted users later.

Fiksu’s Cost per Loyal User Index is useful for illustrating this point: if a developer wanted to launch an app in, say, December, when mobile marketing costs are (historically) high, it could acquire users for a different app before that and cross promote those users aggressively in that month. 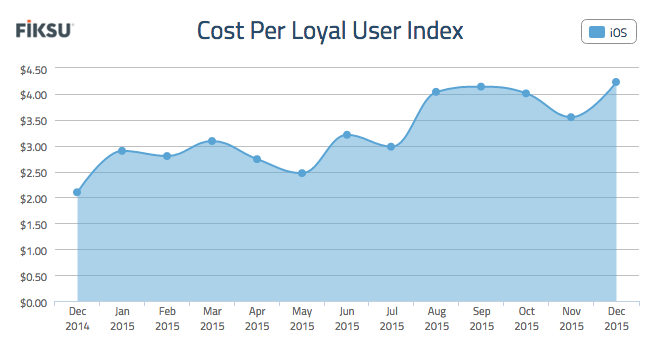 In practice, few developers would likely pursue such a strategy, as attempting to time the market for ad inventory is probably more of a distraction than is worthwhile. Also, there are a few issues with attempting to hedge against price increases this way:

– It assumes users are perfectly fungible within apps, which isn’t the case. A user liking one app is a mild signal at best that another, similar app would be relevant for them;

– app installs experience a large amount of value loss, in terms of acquisition price, in the form of early churn. The delta between current and future mobile marketing prices would likely be wiped out by the massive loss realized in early stage retention (eg. 60% Day One retention, or 40% Day One churn).

But there are compelling cases within mobile gaming in which developers, in effect, use an app portfolio as a “value store” from which to launch future hit titles. This may not have been (and probably wasn’t) affected with the purpose of “playing” the mobile advertising market through the difference of future and spot prices, but it nonetheless can happen that way; because hits are so important for the commercial viability of mobile gaming companies (especially public companies), it makes sense that developers would seek to exploit them to the fullest, even at the expense of their other titles:

– hit games generate so much more revenue than non-hit games that if a company has a hit game, it makes sense to push as many users into it as possible;

– in the event of launching a hit game, even with a massive marketing budget, a developer will experience a fairly modest threshold on the number of installs it can achieve each day through paid marketing campaigns. In other words, even when it is willing to spend exorbitantly, a developer simply won’t be able to achieve massive install volumes through paid advertising;

– as a result of these two points, a developer with an existing installs base in other apps has a competitive advantage over one that doesn’t in the case that both launch equivalent hit games. The developer with the portfolio can tap into its owned advertising inventory to promote its game;

– circling back to the first point: in the case of a hit game, the value of cross-promoted traffic will almost certainly make up for any loss incurred on traffic acquisition for the intermediary app, even accounting for churn loss (that is, the 40% of marketing cost the developer writes off on Day One after a cohort installs the app) and LTV / CPI loss. Hit games simply generate so much more money than mere commercial successes. 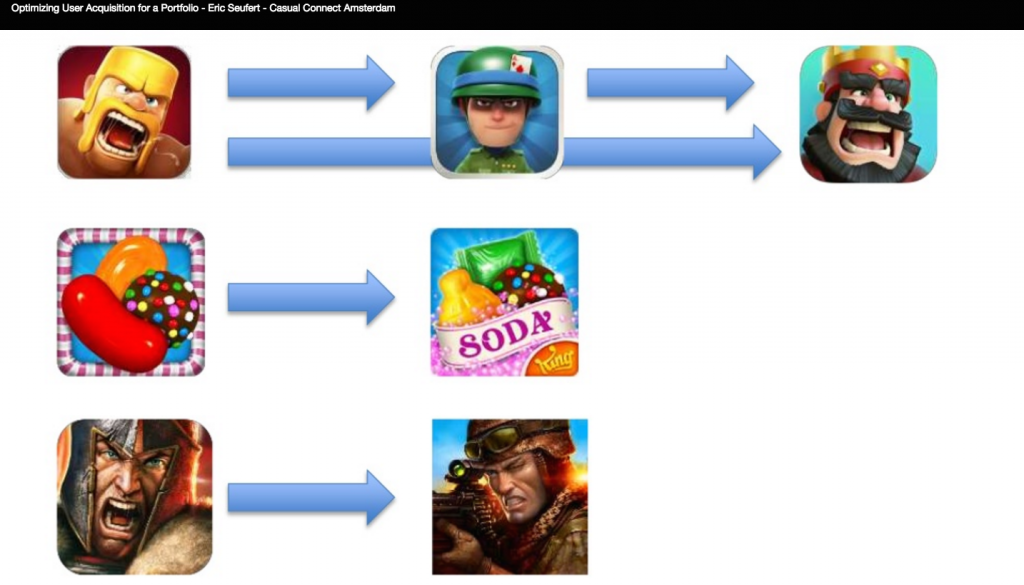 In addition, the ability for a developer to generate a large number of installs in a short amount of time has utility in itself: quickly reaching a level of saturation produces virality that can’t be achieved by the same volume of installs being delivered over a longer timeline. And again, even when a developer is ready and willing to spend lavishly on marketing campaigns, the number of installs any advertiser can generate via paid marketing in a single day is fairly meager.