The thawing of the Top Grossing chart 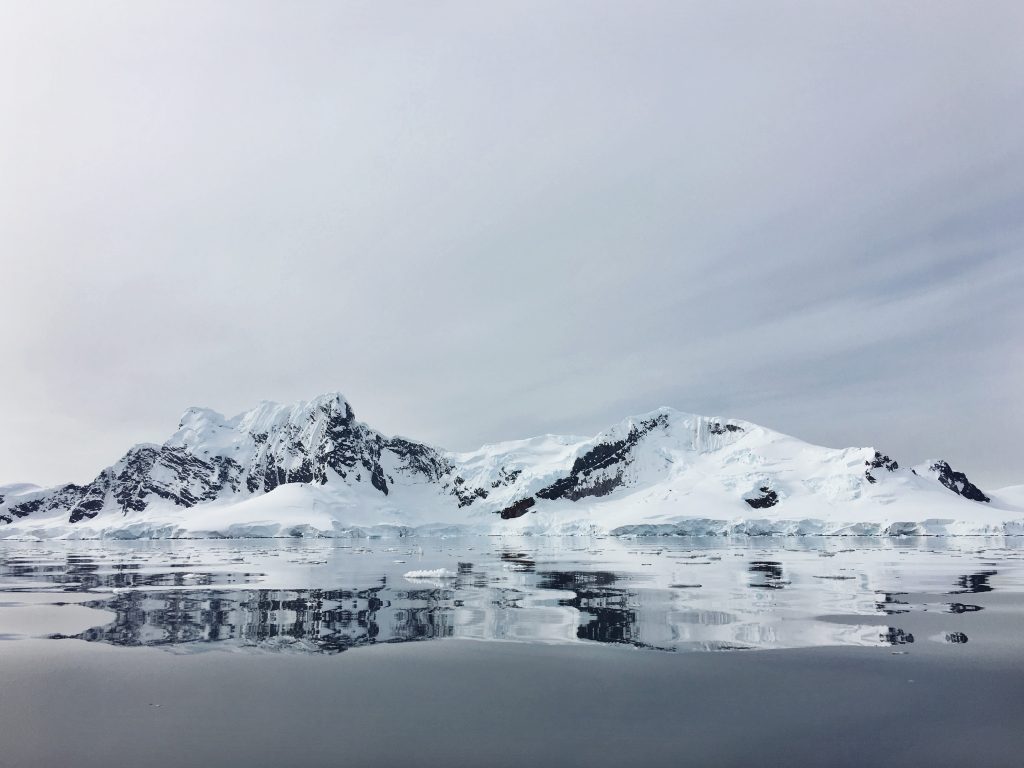 Last Wednesday, after rolling out its “Likes You” feature to Tinder Gold users in the US, the Tinder dating app rocketed to the #1 position on the Top Grossing chart (iOS / US):

The Top Grossing chart at one time was the exclusive domain of gaming apps; specifically, the 2012 / 2013 cohort of genre-defining free-to-play games — Clash of Clans, Game of War, and Candy Crush Saga — that I at one point had dubbed the Perennial Top Grossers and which seemed permanently calcified within the Top 5 Grossing chart, like the open-air tombs of Pompeii.

Tinder’s admission into this gilded society comes on the heels of another similar incident: on Saturday, August 26th, the day of the much-anticipated boxing match between Connor McGregor and Floyd Mayweather, Showtime’s event-specific pay-per-view app for the bout reached the Top Grossing #1 position (iOS, US):

This is noteworthy because this app didn’t exist prior to promotion of the fight starting: it was solely dedicated to the match and was only uploaded to the App Store on August 17th.

The app remained in the Top 5 in the days following the fight, producing the app economy spectacle equivalent to the recent solar eclipse: a grossing chart with just a single game in the Top 5: 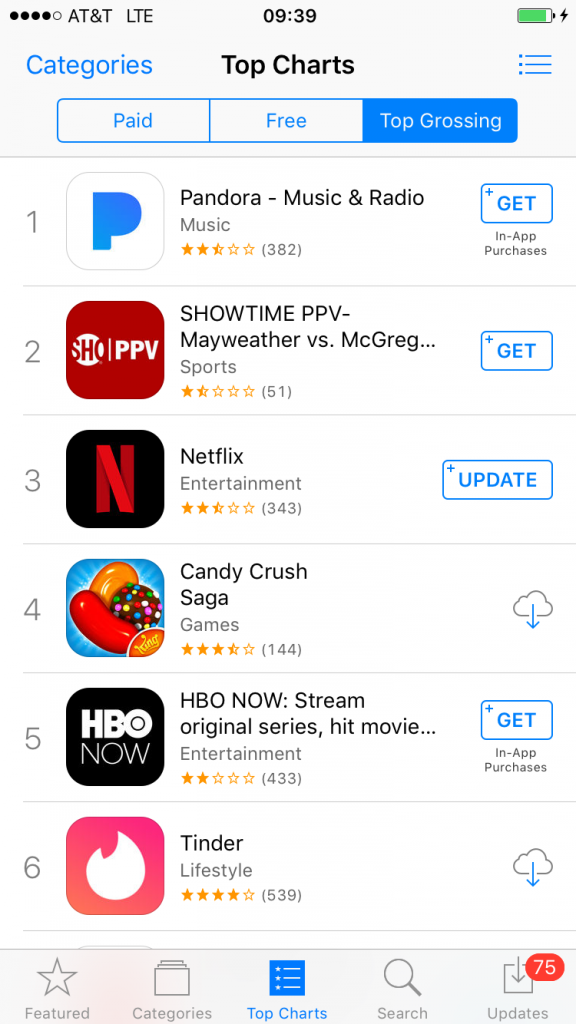 In my annual mobile games prediction post for 2016 (written at the end of 2015), I anticipated that no game would sit in the Top 5 Grossing chart at some point in 2016. I don’t believe that happened in 2016, and it hasn’t to my knowledge yet happened in 2017, but it almost did on Monday, August 28th. This has a few important implications.

The first is that the Top Grossing chart is thawing: mobile consumer spend is being distributed across a wide range of apps from all verticals (dating, streaming video, music, and gaming), and apps are now able to rise and fall throughout the full range of Top Grossing positions, usually as the result of some event. This is significant: the Top #1 Grossing position represents roughly (as an index, it’s impossible to know) $2-3MM in daily IAP revenue across both iOS and Android. If non-gaming apps are able to reach this position now, it shows that consumers are becoming much more comfortable with spending money on non-gaming mobile purchases, especially streaming video (see: Streaming Video is a massive story on mobile).

The second important implication of Tinder’s grossing ascent is the increased role that subscriptions will likely play in the App Economy going forward. It has been more than a year since Apple reduced its share of subscription revenues from 30% to 15% after a subscription has been active for more than a year, and the consequences of that are becoming obvious now at the highest tiers of the grossing chart: subscription IAPs have proliferated across the app economy. When subscriptions are combined with big events or in-app promotions and sales, they can produce massive revenue windfalls that shake up the Top Grossing ranks.

In one year’s time, Tinder will only surrender 15% of all subscription revenues generated by the users that bought into Tinder Gold in this recent surge and have been unlucky with love (and are thus still using the app). That’s a valuable discount that could potentially have a significant impact on Tinder’s ability to be marketed, and it should give direction to other developers building apps with similar use cases.

Photo by Cassie Matias on Unsplash