Can Amazon upset the advertising duopoly? 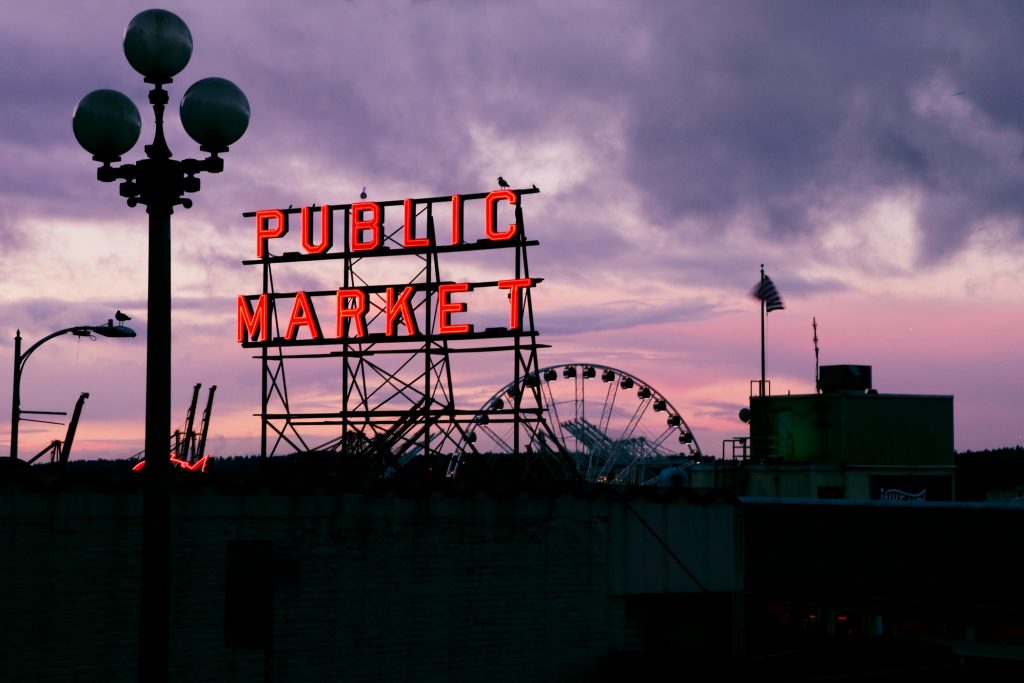 The Google-Facebook digital advertising duopoly engendered serious concerns from marketers in 2017 around the extent to which these companies — via their walled-garden tool suits and, more consequentially, proprietary data sets — will have manifest control over the digital destinies of the companies that advertise on them. Both Facebook and Google moved their advertising offerings downstream with respect to “user value” in 2017 (Facebook with its AEO and Value Optimization bidding options and Google with its fully-integrated UAC ad system), rendering views and clicks mostly irrelevant. The duopoly knows who your best customers are and how to reach them; no one can compete with that because the value proposition in that environment is data, not inventory.

The IAB reported last year that Facebook and Google owned 89% of all US digital ad revenue growth in 2016:

Similarly, eMarketer projects that the two companies will collectively take about 66% of all US digital ad revenues by 2019 (with an even larger collective share of the mobile advertising market):

Separating the duopoly from the rest of the market, Microsoft and Oath lead the pack of the “others” with about a collective 23% of non-duopoly ad revenue. Amazon comes in third with less than 10%, and marketshare drops precipitously after that. 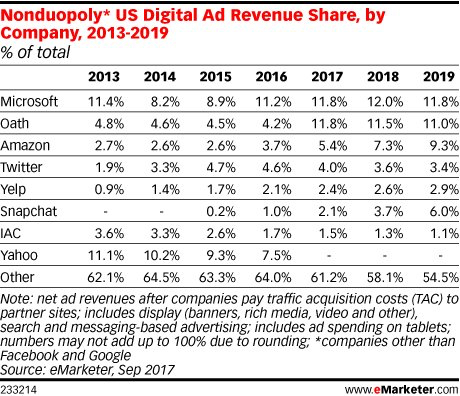 Yet Amazon is often touted as a credible challenger to the duopoly. Setting aside trite comparisons of Amazon to Google, it’s easy to see how, given the duopoly’s shift up the advertising value chain toward return-oriented bidding options, Amazon is arguably better positioned than any other company to appreciably grow its share of the digital advertising market, especially on mobile.

Jeff Bezos has said that Amazon’s ambition is to become “the world’s most consumer-centric company, where consumers can come to find anything they want to buy online”. A majority (52%) of consumers head to Amazon first (before Google or any other point of search) when looking for information about a product — and often with an intent to purchase. The amount of this type of data that Amazon owns is staggering, although the company’s use of it for the purposes of selling advertising until now has been circumspect and narrow (Amazon allows companies to advertise in search results and on its homepage, and it also offers two header bidding products). But if Amazon makes more concerted and bold moves into mobile, it doesn’t take much imagination to envision it becoming a genuine force to be reckoned with. 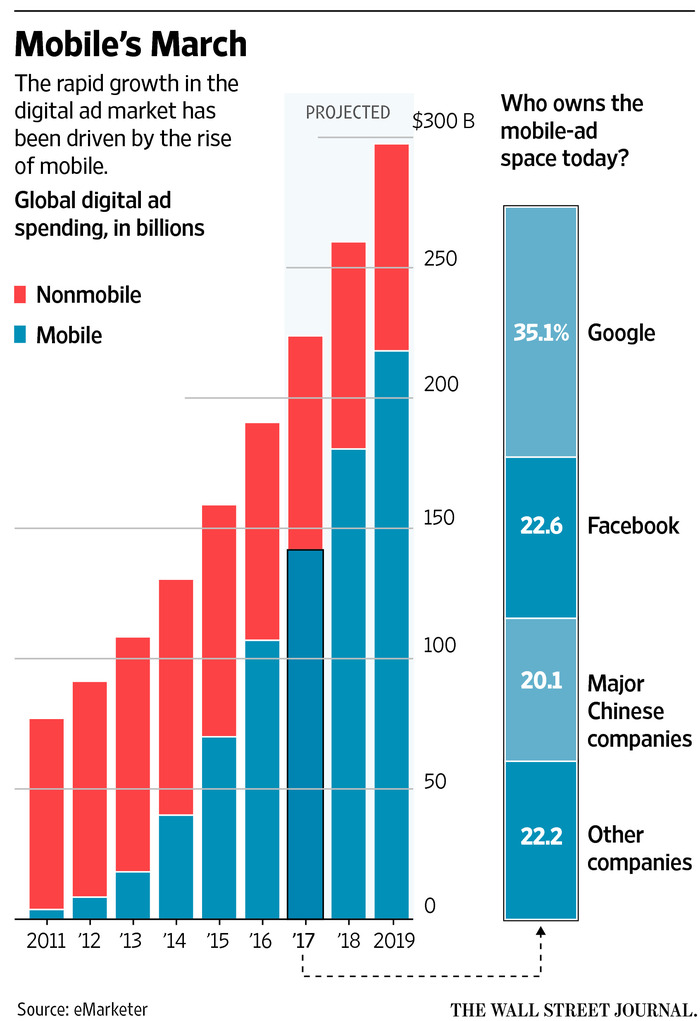 The combined power of Amazon’s existing consumer data (that includes a treasure trove of information about consumers), search data driven by Alexa, retail data via its Whole Foods acquisition, and its owned inventory (Twitch saw, on average, 737K concurrent viewers in Q3 2017) has the potential to be immense. 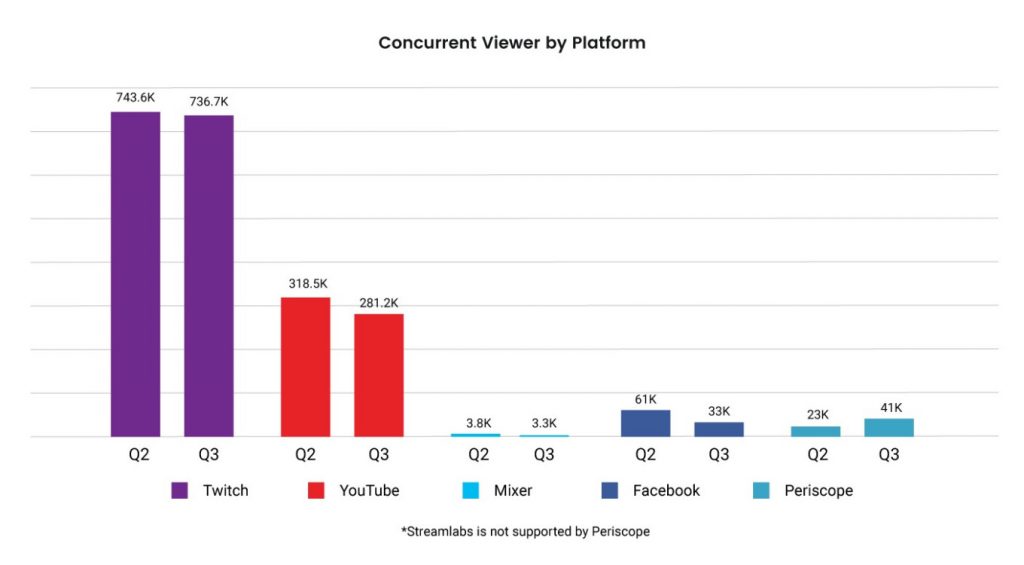 If these disparate components are patched together — with a strategic eye toward mobile — into an advertising platform, that platform could certainly compete on the basis of value with the duopoly. And going into 2018, it’s clear that value orientation has emerged as the singular source of competitive advantage in the mobile space.

Photo by Honey Caranzo on Unsplash