Should the App Economy be regulated?

In late October, Representative Henry Johnson Jr. from Georgia’s 4th congressional district issued a letter (co-signed by five other congresspeople from both parties) to the chair of the Federal Trade Commission, imploring her to investigate anticompetitive concerns in “some app ecosystems”. The letter was dated October 19th; a response from the FTC was requested by no later than November 19th. The entire text of the letter can be found here, but the most relevant portion comes in the first paragraph:

It is our understanding that some independent and small technology developers have raised concerns with the Federal Trade Commission that the increasing difficulty that app developers have in reaching and communicating with customers in some app ecosystems may undermine competition in digital services and products distribution. We are concerned that these practices will stifle innovation and decrease channels for distributing the products of application and service developers, resulting in fewer and less cost-effective choices for consumers.

The letter received very little press coverage, but the FTC’s decision in this case, should it pursue a regulation program, could have a dramatic impact on the app economy. The points of concern identified in the letter (which is conspicuously vague around what, precisely, the authors think requires regulation) seem to be 1) difficulty of distribution and 2) competition within both platforms from the operators’ own apps (which the FTC is already investigating).

The distribution conversation isn’t new. Mark Cuban penned a missive in 2014 calling for the app ecosystem to be regulated, arguing that Apple and Google, through their featuring mechanisms, control to a large degree which apps get traction and are able to become commercially viable.

This point is potentially even more pronounced today than it was in 2014. Super Mario Run, the forthcoming mobile game from Nintendo, was given two weeks’ worth of Editor’s Choice featuring upon its announcement in September, garnering it 20 million pre-registrations (ie. 20 million people will receive notifications when the game becomes available). For any company competing with Nintendo, this could be understandably frustrating, especially as both Apple and Google sell ad placements within their search tools.

Johnson Jr.’s letter to the FTC cites a report published in the Washington Post this past summer which found that 61% of app developers polled believe anti-competitive market forces exist within the app ecosystem. While this might just be sour grapes — after all, unfavorable market conditions tend to appear as conspiratorial to the defeated — it at least points to a perception problem for the platforms. It also doesn’t help that iOS and Android are the only relevant platforms for developers that want to reach a mass market audience. 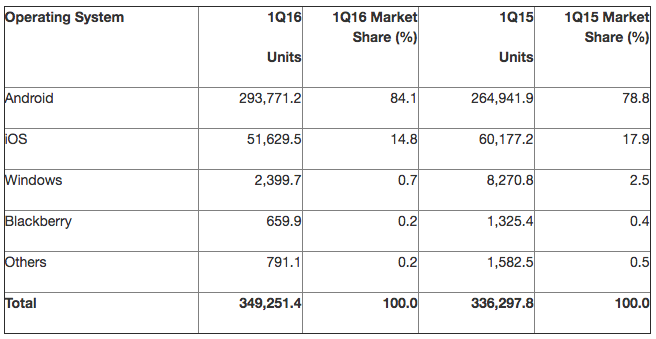 But while platform featuring might confer an advantage on some companies over others, it’s important to recognize the right of private marketplace operators to promote the products that support and strengthen those marketplaces. Apple and Google shouldn’t be villainized for looking out for the best interests of their platforms by promoting specific apps: the majority of the millions of apps that comprise the app economy are terrible, and without a mechanism to provide a qualitative stamp of approval for apps, Google Play and the App Store could easily become cesspools of mediocrity rather than robust platforms on which mobile-native business of world-impacting import are launched.

Besides, featuring, while nice to receive, is not a kingmaker, and plenty of small developers have built sustainable, profitable app businesses through dogged optimization and disciplined performance marketing. Success in the app economy is much more a function of analytical sophistication, mobile-oriented product design expertise, and a deep understanding of the marketplace (marketing, monetization, etc.) than it is of benevolent handouts from the platform operators. Regulating this environment would unnecessarily penalize the platform operators and the companies that have capably navigated the peculiarities of mobile without actually making it any better for consumers (and might even make it worse).

That said, both platforms might be well served to address competitive concerns, even if they’re merely perceived, before regulation is seen as an imperative. The app economy is a fair but brutal market that produces far fewer winners than losers. Both Google and Apple could implement fairly low-effort reforms (eg. make featuring evaluation more transparent) to platform policy that would probably satisfy most developers and help to stave off calls for regulation.